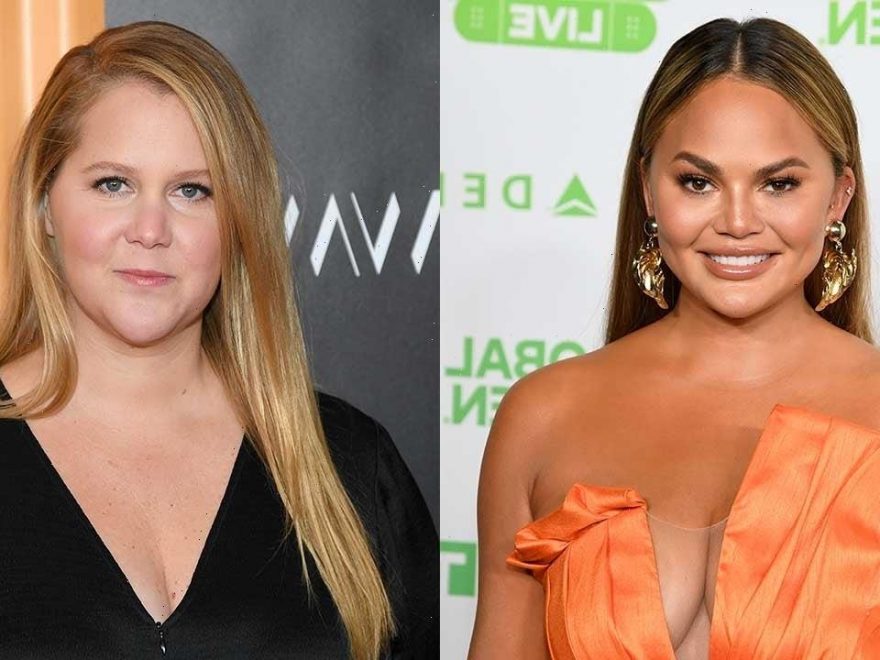 Amy Schumer is playfully mocking Chrissy Teigen — and the model has something to say about it! Schumer, 40, took to Instagram on Tuesday to share her recreation of a video Teigen previously posted.

Teigen posted the original video when she and her husband, John Legend, were in Martha’s Vineyard for Barack Obama’s 60th birthday party earlier this month.

In the clip, the 35-year-old model, wearing a flowing white dress and sporting a bob parted to the side, walked down a grand staircase as she sang a Marilyn Monroe-style rendition of “Happy Birthday.”

In Schumer’s recreation, the comedian flipped her blonde hair to the side and wore a pink tank top that read, “Boat hair don’t care,” as she walked down what appeared to be the same staircase and sang “Happy Birthday” in a similar way that Teigen had.

“Tribute,” Schumer captioned the clip. “… We love you @chrissyteigen.”

The video drew many celebrity fans, with Tan France commenting the crying laughing emoji and Katy Perry questioning, “wait do you guys live together now?”