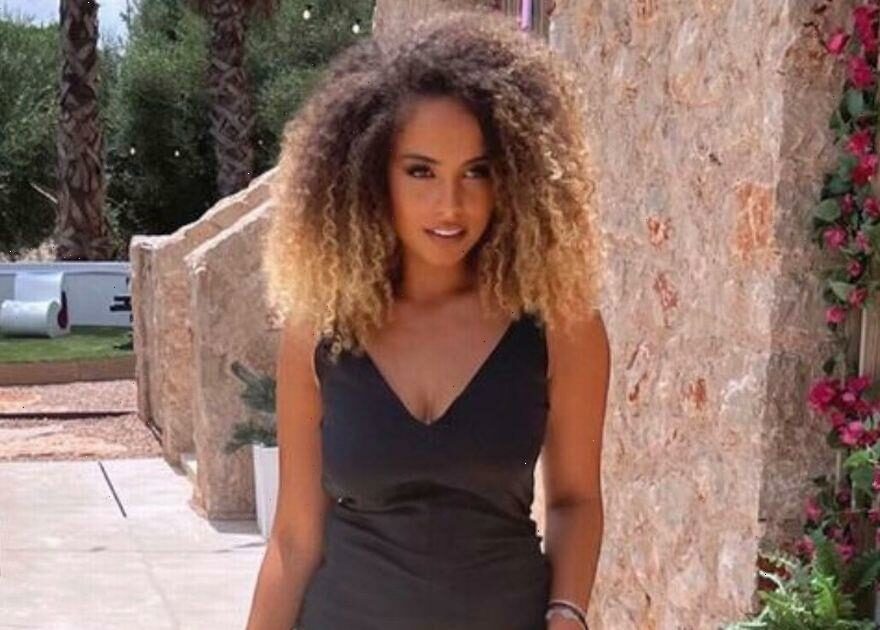 Former Love Island winner Amber Gill has sent fans into a frenzy this week as she shared a cryptic photo of herself standing outside the Casa Amor villa.

Alongside the image, the 2019 bombshell winner captioned the post: “Sexy bombshell babe”, leading many fans to speculate that she could be making a surprise return to the villa in the coming days.

Dressed to stun in a sleek figure-hugging black dress, the femme fatale completed her look with a pair of coral coloured high heeled sandals; an outfit that would surely turn heads if she were to make a return to the show.

Given the timing of the post and the equally cryptic message, many fans at home have been lead to believe that Amber could soon be returning to the villa as a bombshell to bring further chaos to the Islanders who have already recently been rocked by a string of dramatic recouplings in the wake of Casa Amor.

One follower commented: "Wow you look amazing hun, how did it feel being back in there? Xx”.

Another typed: "Did it feel weird going back in Amber xx."

A third wrote: "Why did she go back?”

Despite a number of questions from fans, so far Amber has remained tight lipped about the photo and any truth in the rumours that she may be making an appearance on the show.

She did however share an update the day after the post was originally shared in which she revealed the outfit she was modelling in the photo had been hand selected by Brett Staniland as part of a campaign to promote the Love Island x Ebay collaboration.

This immediately lead several fans to believe it was just an ad, but not all fans are convinced – with some still speculating that Amber's silence on the subject means her return may still be in the realm of possibility.

Even if she doesn't return, fans of the star will know she has been following the latest series closely and providing an entertaining commentary of the antics unfolding on screen on her Twitter account.

It was during thee commentaries that Amber alluded to her own sexuality as she told fans at home: "Watching men makes me feel ill. I couldn't put myself through it again.

"Switching teams was the best decision I made in my life.”

Her fans were quick to question her tweets and how she defines her sexuality, but Amber isn’t ready to confirm or deny the speculations.

Taking to Instagram Stories, she wrote, "Also let's not pressure someone to talk about something they're not ready to. Just take the funny tweet and move on”.

Amber famously won Love Island back in 2019 alongside Irish rugby player Greg O’Shea, however the pair soon split just weeks after the show ended, with the two amicably going their separate ways.