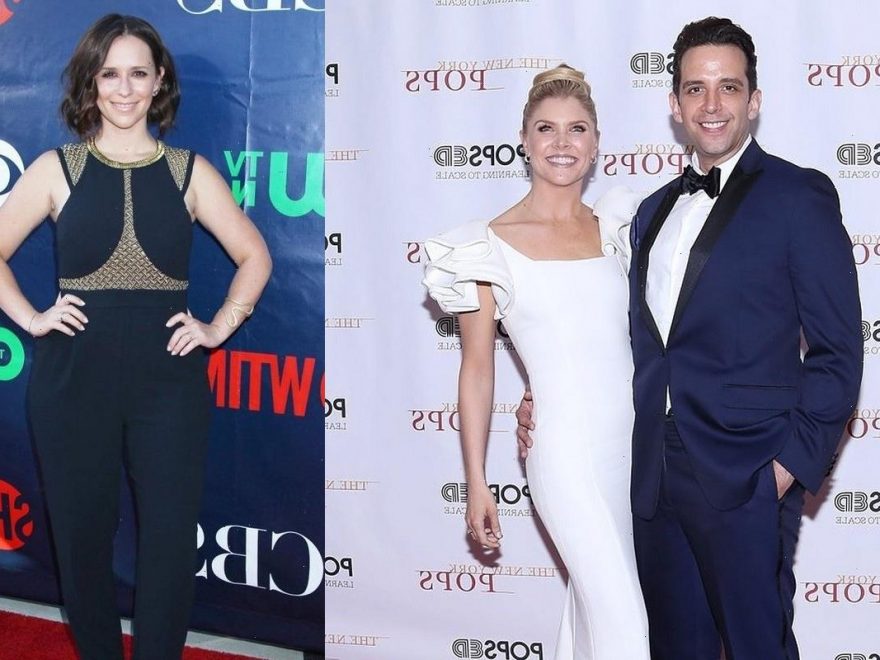 The ‘Talk’ co-host recalls breaking down in tears after the ‘Party of Five’ actress told her about getting visited by the late ‘Rock of Ages’ actor in her dream.

AceShowbiz -A dream Jennifer Love Hewitt had about Nick Cordero has convinced his widow, Amanda Kloots, her new book documenting his final days has brought the late actor peace.

The “Rock of Ages” star was just 41 when he lost his battle with COVID-19 complications in July, 2020, and now TV personality Kloots has chronicled their romance and his shock death in “Live Your Life: My Story of Loving and Losing Nick Cordero“.

The memoir was released on Tuesday (15Jun21), and Kloots believes Cordero is now able to rest in peace after receiving a sweet message from pal Hewitt.

Speaking to U.S. news show Entertainment Tonight, Kloots shared, “Jennifer Love Hewitt, who is a very spiritual person, said the most wonderful thing to me.”

“She had a dream about Nick visiting her and taking her on a walk in (Los Angeles’) Laurel Canyon. He said to her, ‘Have you read the book?’ And she said, ‘Yes, I just finished it. Oh my god.’ “

“And he said, ‘I sat by Amanda while she wrote it. I finally know my story. I have closure to my story.’ “

Hearing all about Hewitt’s dream made Kloots break down in tears, because it sounded like something her husband would have said.

“I started crying because I never wrote this book with that in mind,” Kloots explained. “That’s so (like) Nick to need closure. He wouldn’t have known his story (of his final days) because I never let my negative comments, conversations (into my visits with him).”

“When doctor conversations happened in front of him in the hospital room, we would always go outside and I would come back in and I would give him my play-by-play on what was going to start happening, which was usually this uplifting, positive speech. So he never knew. He didn’t know the full story.”

Kloots hopes her friend’s vision was a way of passing on a message from the late Broadway star to make her feel better.

She said, “I’d like to think that dream was Nick trying to tell me, ‘Thank you for writing this book, because I now have closure to my story.’ “