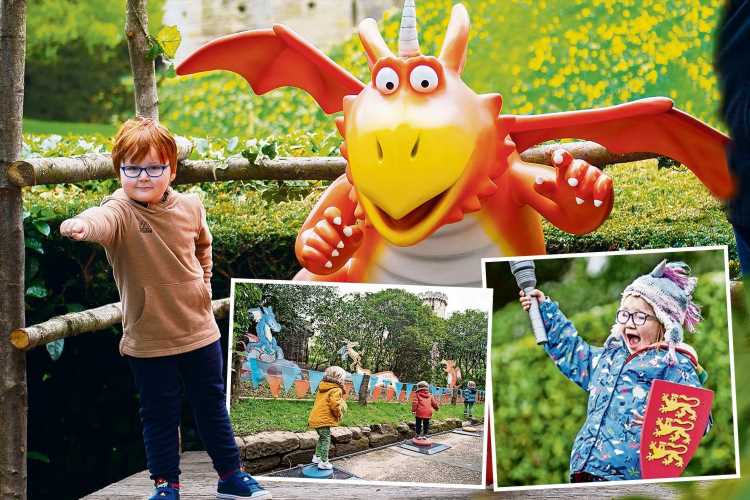 THE kids were beyond excited when we told them we were going to meet their favourite TV dragon.

“Zog is coming to England?” they cried in amazement. 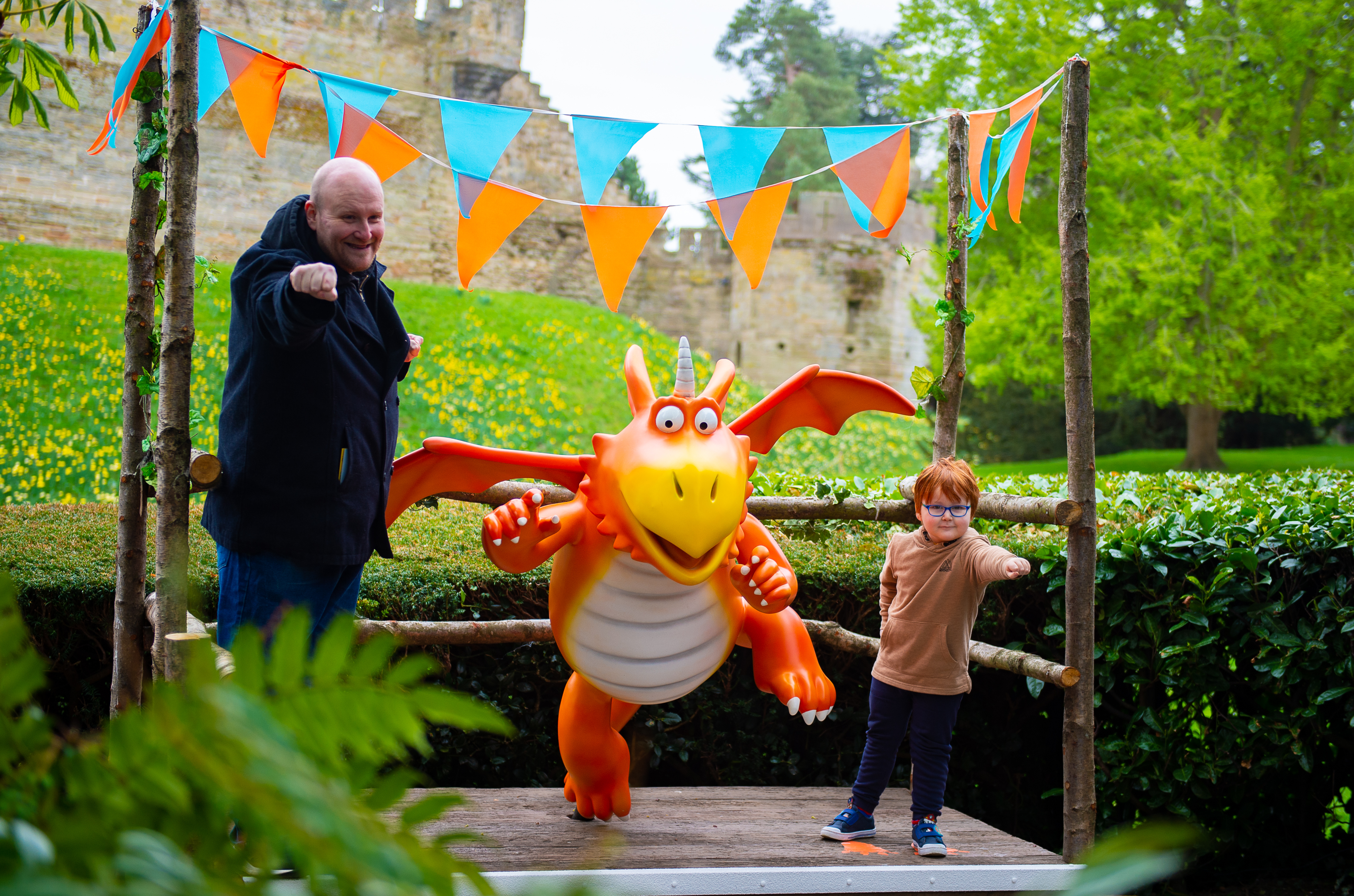 In a new attraction based on the best-selling books by author Julia Donaldson and illustrator Axel Scheffler, the accident-prone young dragon Zog is now at Warwick Castle.

The Quest For The Golden Star is an all-new interactive 3D trail featuring five fun lessons from Madame Dragon’s school in which children can join Zog in striving to be the best fire-breathing students they can be.

My kids Max, ten, and Rebecca, seven, were joined by pals Luke, four, and James, seven, for their epic adventure.

They began by meeting Zog, who was doing his year one lessons and learning to fly. They loved pretending to soar around the castle next to him and it made for a great photo. 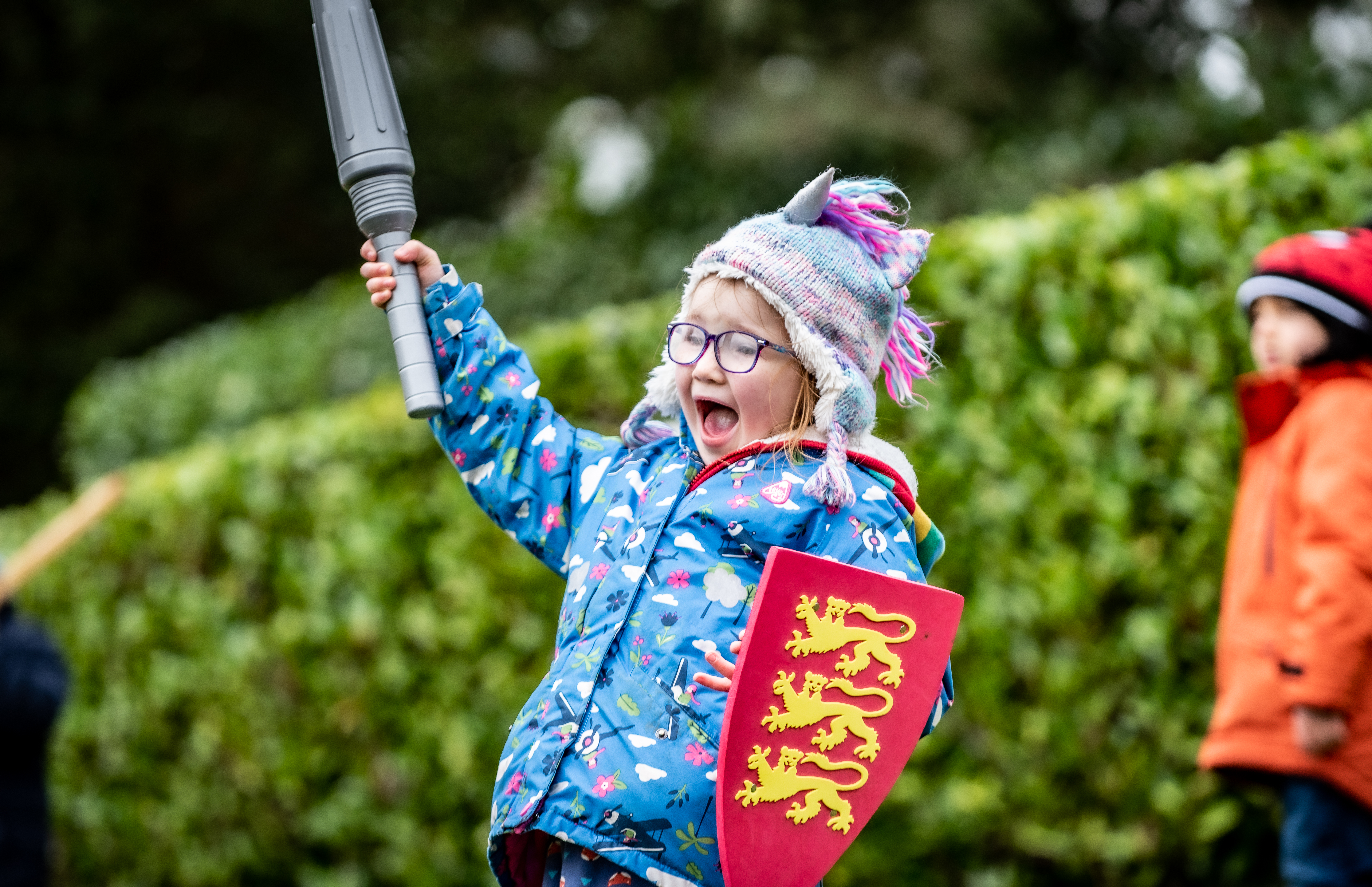 As we rounded the corner, there was a lot of noise coming from up ahead — it was time for roaring lessons.

The little ones growled as loud as they could for top marks on the Roar-o-meter and played with the interactive ­buttons to try to make as much racket as possible. I think they passed with flying colours.

After conquering the maze, we came across Zog and his classmates learning how to breathe fire. They made a ­terrible mess and the children helped put out all the fires by playing an interactive water game.

Year 4, learning to catch a princess, was Rebecca’s favourite lesson. We got to meet Princess Pearl and she was so kind and lovely to talk to.

The kids had a brilliant time running around getting through all the obstacles to try to save the princesses.

Finally, we met Sir Gadabout, who was so lovely and charming. He taught us how to use our swords properly and to be gallant and chivalrous knights.

As a final surprise, Zog was there right at the end to greet us all. He gave us a big thumbs up and we had a photo taken with him. We had finished the trail. And earned our golden star.

With the backdrop of the stunning castle, giant trebuchet and knights wandering around, Warwick Castle is the perfect setting for the Zog Trail and Dragon School. Luke was in particular awe of the roaming peacocks, inset, while all the kids spent almost an hour just rolling down one of the hills. 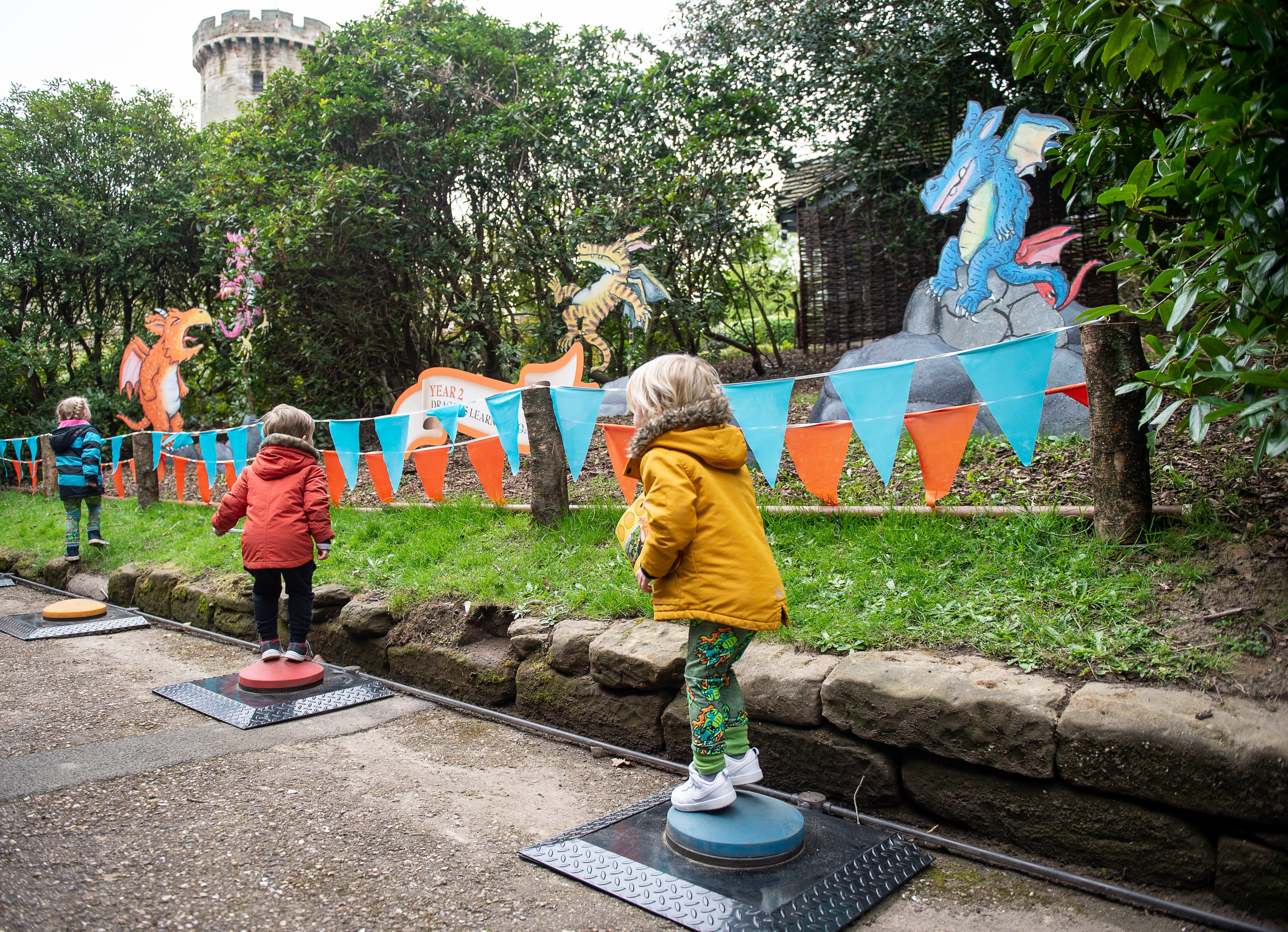 Warwick Castle’s facilities are well thought out for parents too. There are vending machines dotted around the place, which meant we weren’t always looking for a cafe and having to queue just to get a bottle of water.

The staff always greeted us with a smile, any query was handled efficiently and nothing was too much of a problem.

The actors were great too, chatting to the kids and making them feel special, while making the adults laugh too.

Now self-catering accommodation is up and running again, Warwick Castle has reopened The Knight’s Village where guests can stay in themed lodges. 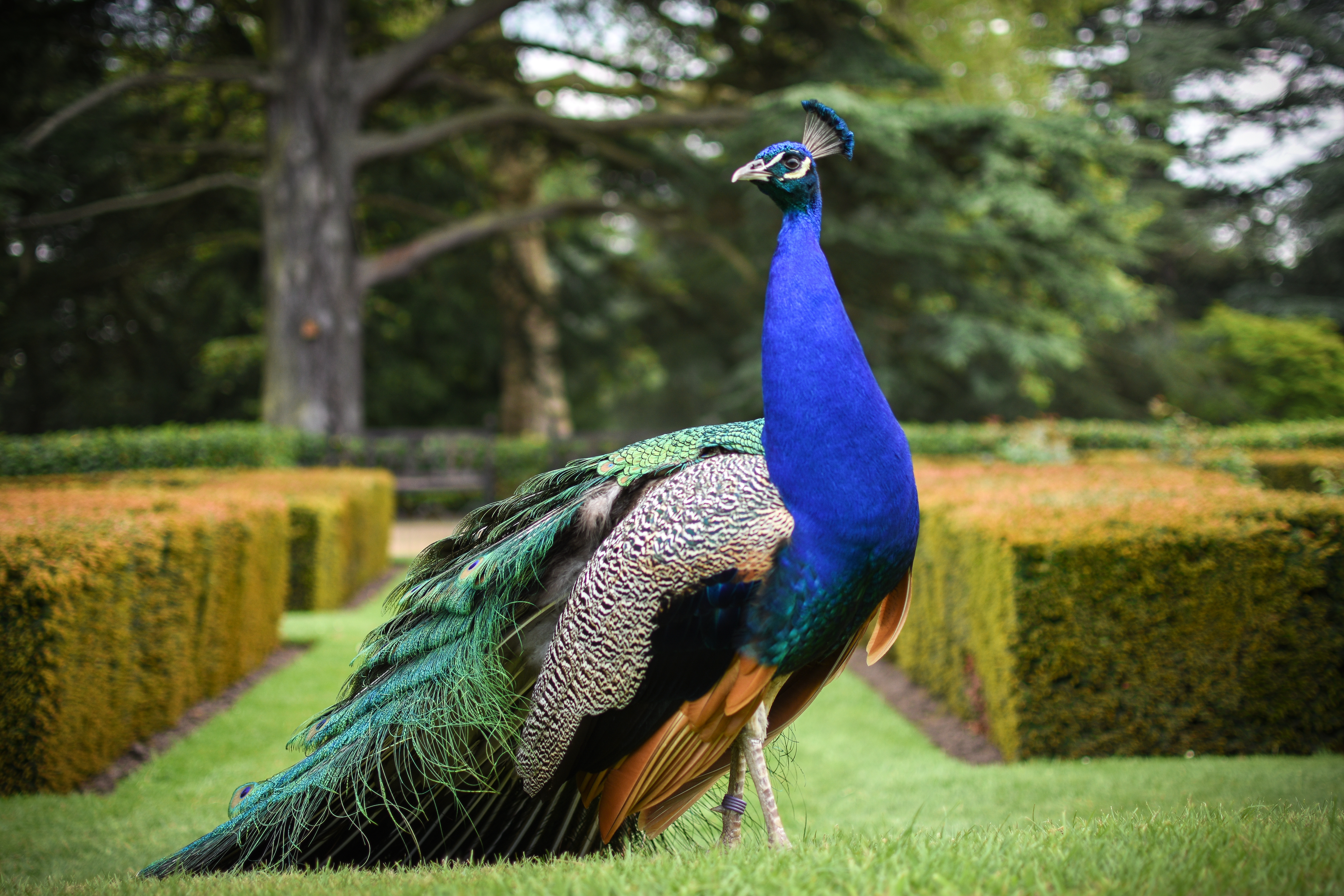 We were welcomed with a smile and a quick check-in. The medieval-decorated lodges have space for a family of five. They were clean and well organised with a great bathroom shower.

Because of Covid, we could not eat in the restaurant and the lodges don’t have space for a table so we had to eat outside. The food was limited — pizzas, burgers and hotdogs etc, but very tasty.

The highlight was the entertainment at the village. We didn’t know what to expect. After searching the area for treasure hunt clues, we met the knights.

STAYING THERE: Lodges and glamping tents at The Knight’s Village are from £187 based on off-peak midweek dates with two adults and two children sharing and one-day castle entry tickets included.

The kids were in awe of Sir Thomas and Lord Derek in their shiny suits of armour.

They took them to the field to start Sword School and after dinner were told a hugely exciting bedtime story about dragons and knights.

Climbing into their bunks exhausted but still chattering about all they had seen, they couldn’t wait for what the next day at the castle would bring.