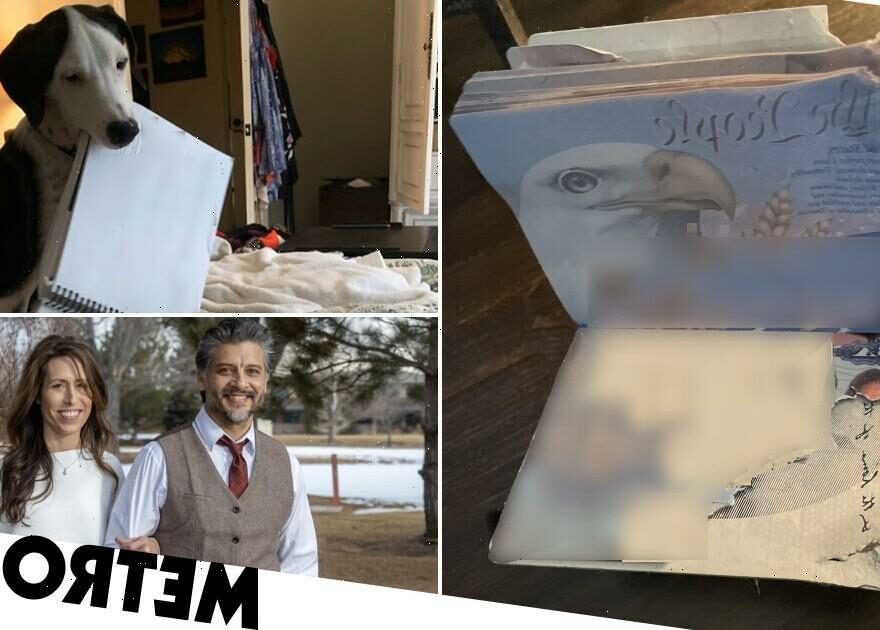 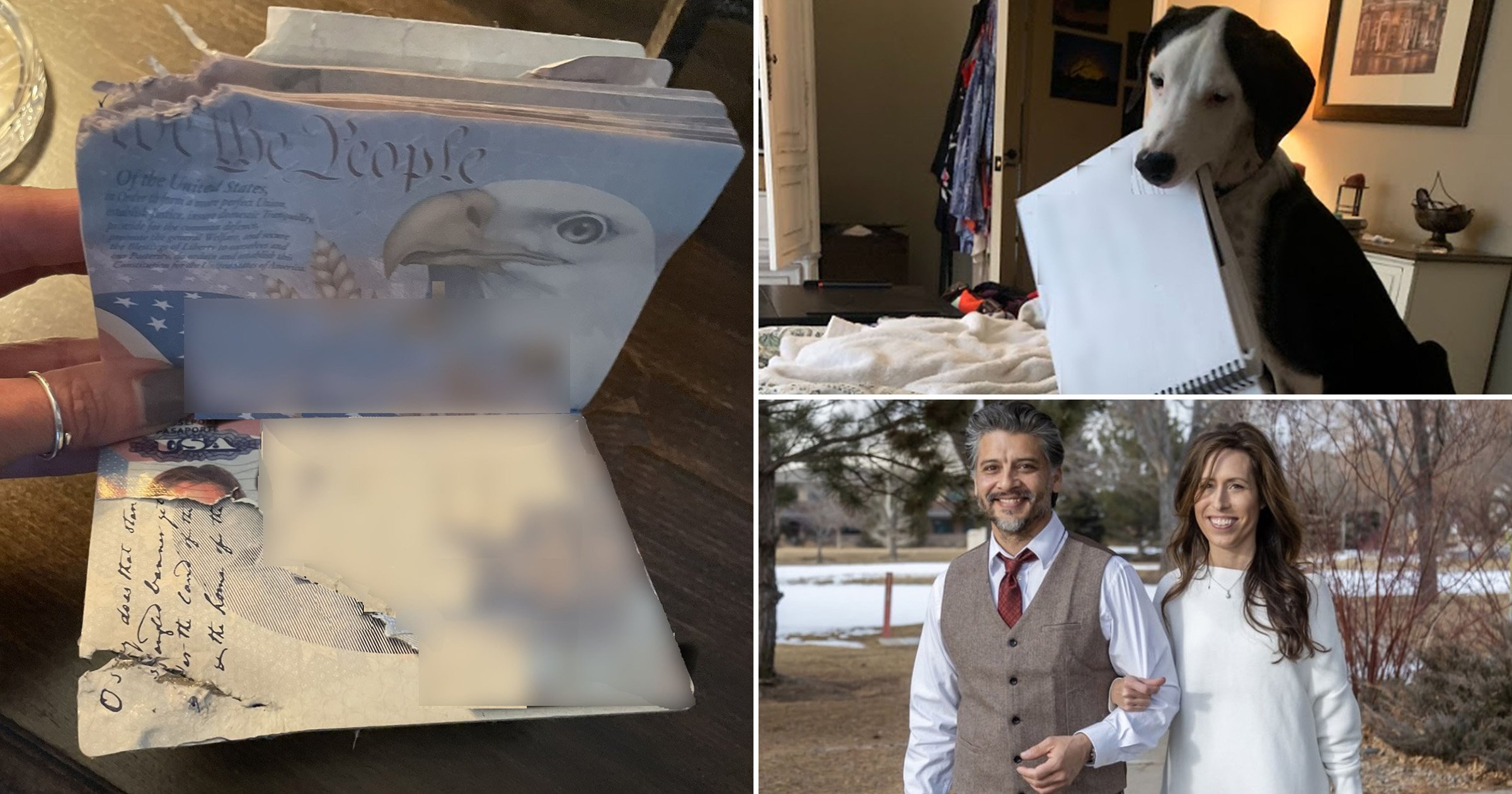 A woman has been left in a bit of a pickle thanks to Dillon, her needy pandemic pet who’s eaten her passport just ahead of the honeymoon for which she will very much need it.

Amanda Avila, 47, got mixed-breed Dillon during lockdown and she works from home, so he’s used to having her around all the time.

Amanda, from Fort Collins, in Colorado, US, said: ‘I got Dillon as a Covid puppy.

‘He was my quarantine dog and had never been apart from me.’

The mum-of-two and newlywed states projects manager recently celebrated tying the knot with husband Rudy, 48, and the pair were looking forward to jetting off in October for a honeymoon.

But Dillon, it seems, had other ideas.

‘I went to New York for almost two weeks in June,’ said Amanda, ‘and he wasn’t happy with me after that.

‘But when I went to Iceland at the beginning of August, that sent him over the top. He wasn’t happy with me at all.

‘Within a day of being home, he’d chewed up my passport, his “doggles”, his sunglasses that he’s supposed to wear, and one of my favourite boots – just one of the pair.

‘He was seriously mad at me, I think he knew what he was doing.’

Indeed, Amanda thinks devious Dillon acted out because he was overtly angry that he’d been left behind for another trip.

She said: ‘My bag was still at the foot of the bed because I’d got in at midnight the night before. I had to work that morning, so I didn’t do any unpacking then – I had to get straight to work.

‘I came upstairs after having my morning coffee, and it was all over the floor.

‘I walked in to find a ripped-up passport. I don’t know how he targeted that one.

‘It was in the front pouch of my carry-on backpack, but he sniffed that out and ripped it up.’

With her honeymoon, another trip to Iceland, planned for just a couple of months away at that point, Amanda had to write a panicked letter to the passport office that enclosed her destroyed passport to apply for a replacement.

But when they asked for even more details, Amanda decided to have a little fun with it.

She said: ‘I had sent in my application to the passport office with the ripped-up passport as evidence but they wanted an explanation as to why.

‘The teeth marks weren’t quite enough explanation I guess.

‘I didn’t have to do the pictures, but I thought it would be fun.

‘You might as well make a joke of it, there’s really not any point in stressing over things you can’t control.

‘In the pictures, he’s eating the curriculum I write. They’re from a year prior when I was home all the time.

‘That’s how he would try to get me to stop working, he would take my books away from me.

‘I would sit on the bed, so he could be close to me with my laptop, but he would take away the manuals I have to work on and write.’

As of the time of this interview, Amanda had still not heard anything back from the passport office, so she doesn’t know if the honeymoon – another trip to Iceland – will be able to happen.

She said: ‘I’ve got a little bit of a tense wait before my honeymoon.

‘We actually got married four times this year. We’re doing different types of weddings for different people and the honeymoon is the end of it all.

‘In 2022, we bought a home, got married four times and we’re supposed to go on his honeymoon – but we’ll have to wait and see.’