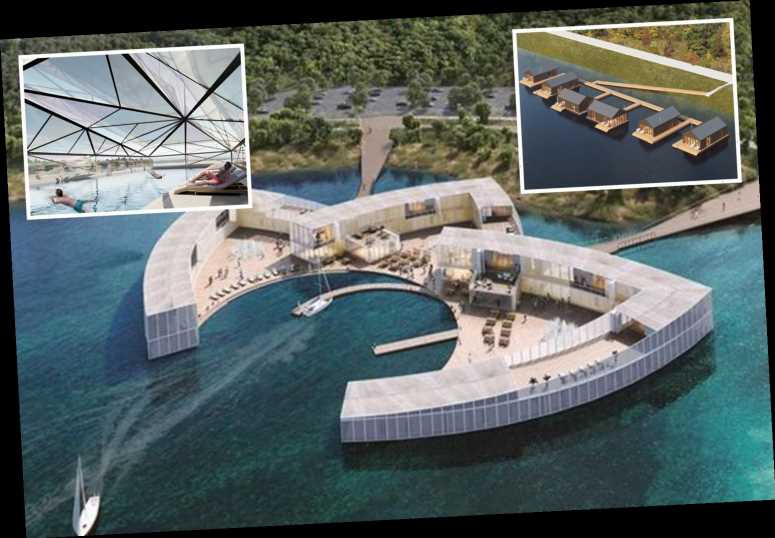 A HUGE wellness and holiday resort hopes to open in the UK, with lodges, water sports and a spa.

Located at Askwicken Lakes in Norfolk, the £35m complex would be for families with entertainment for both kids and adults. 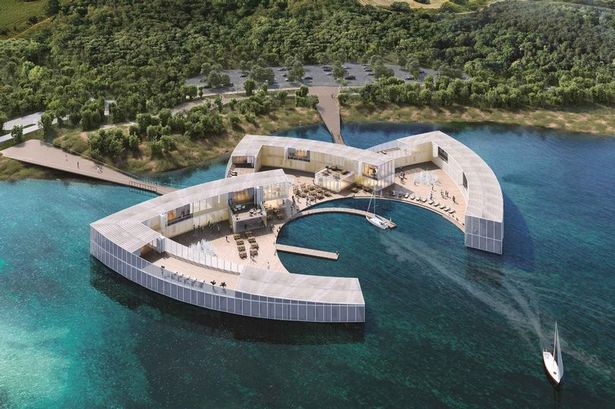 The floating island is designed to look like a water lily with 40 units.

On-site, 131 lodges would be located on the edge of the water, with access to the clubhouse, as well as 23 treehouses.

In the middle would be a sheltered enclave with a sunbathing terrace.

Also at the resort would be a spa, café/restaurant, and lakeside pool facilities, with water sports including rowing, kayaking, stand-up paddle boarding and open water swimming.

There will be land-based activities too, with tennis courts and archery courses, as well as a kids playground and climbing wall. 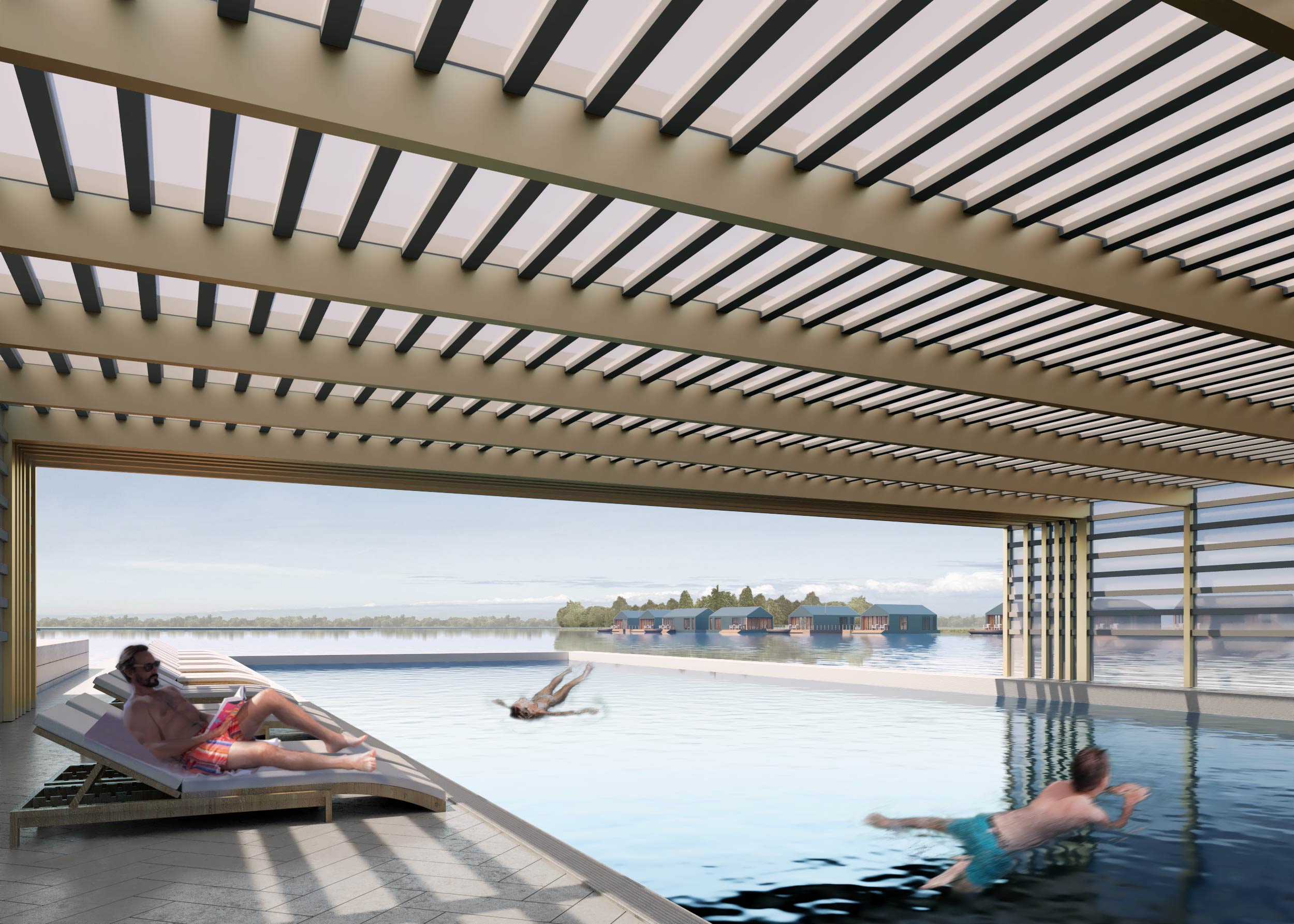 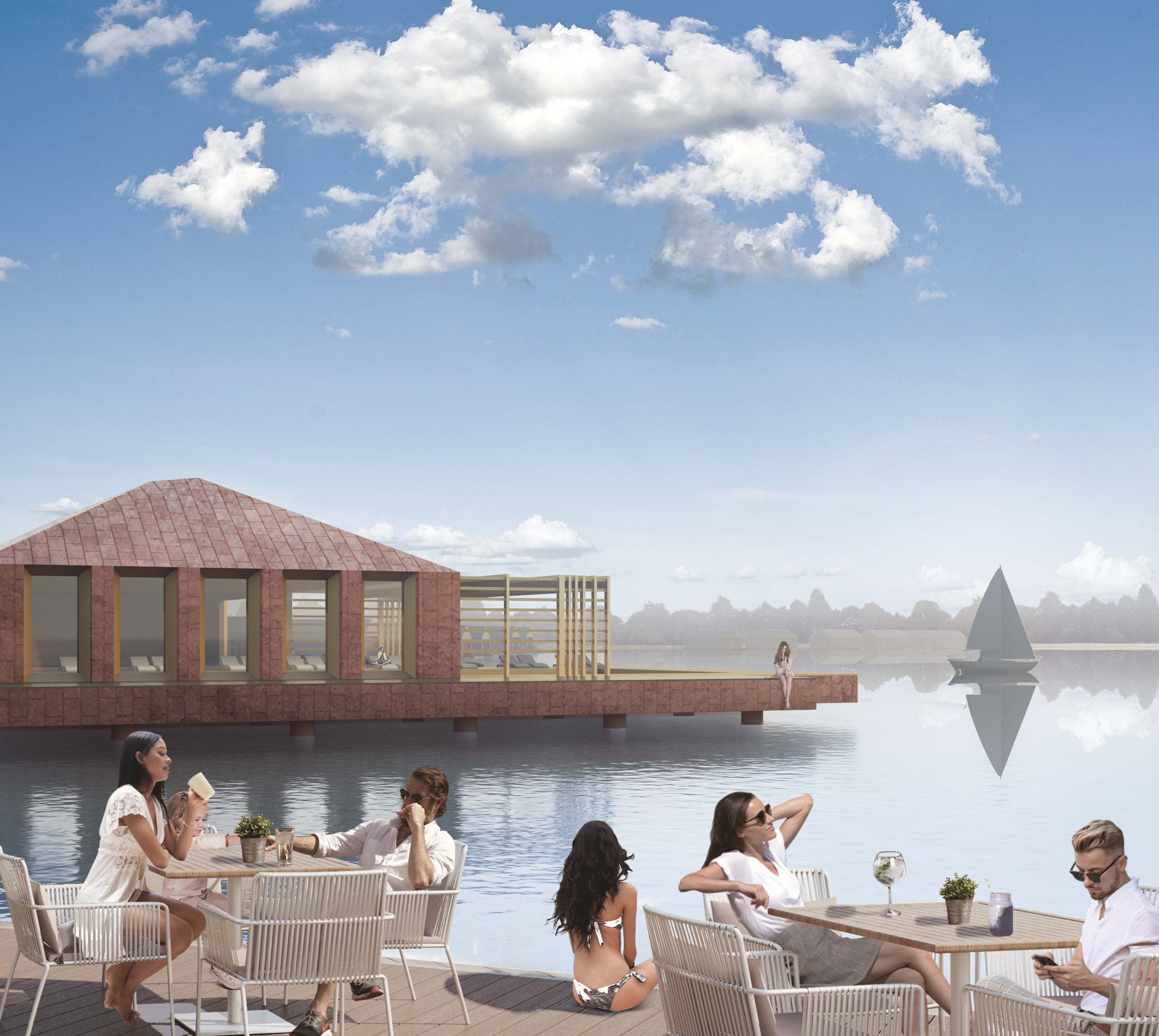 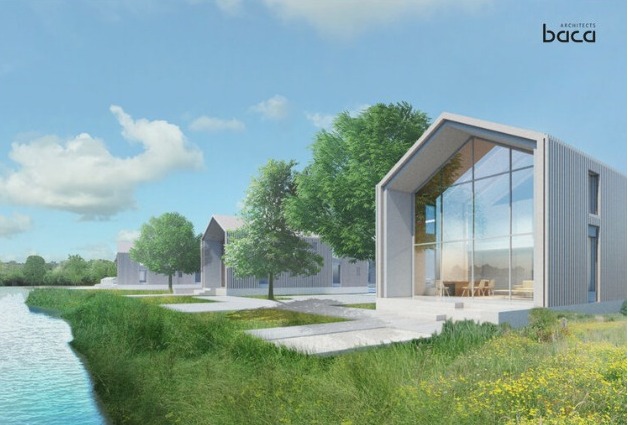 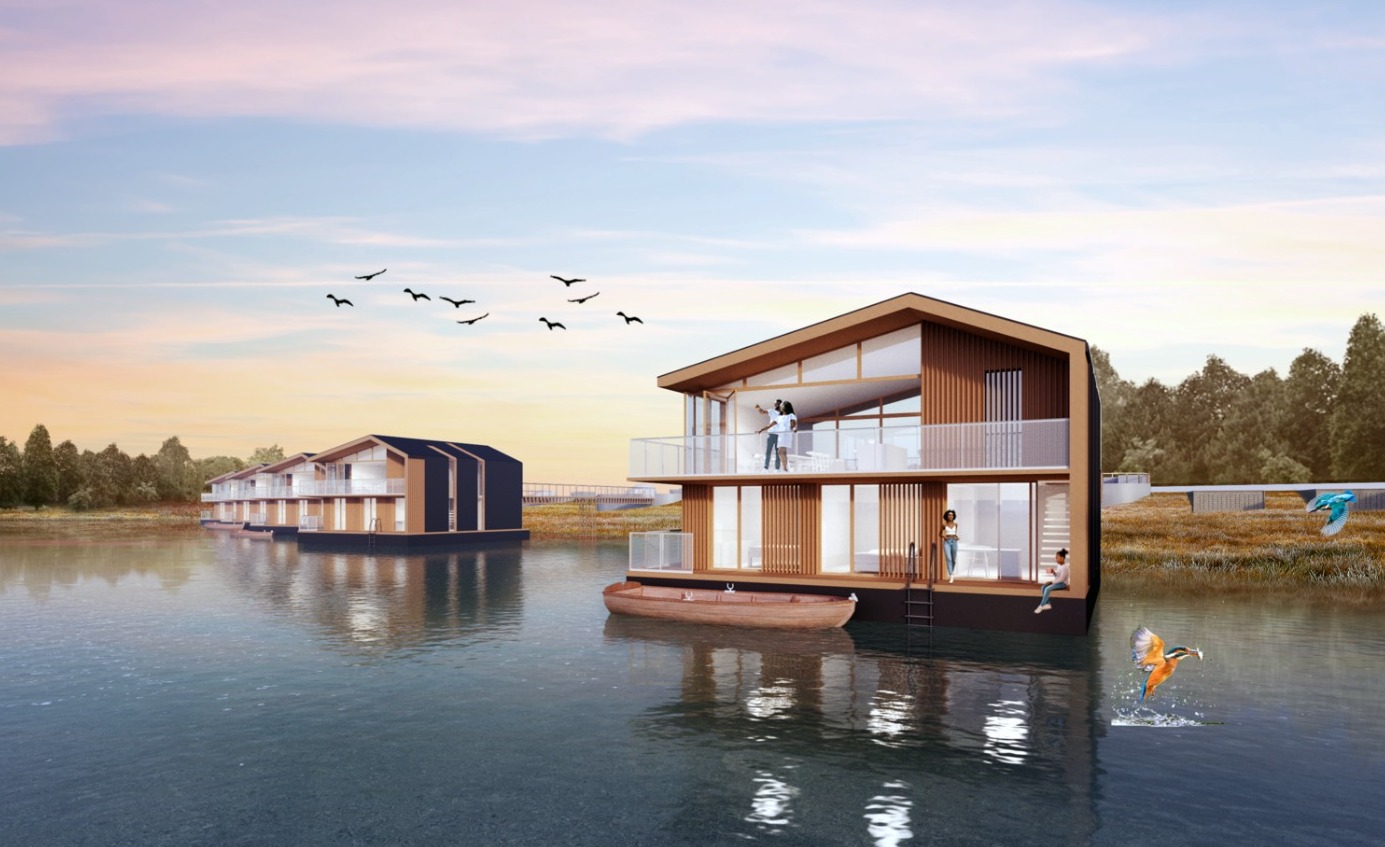 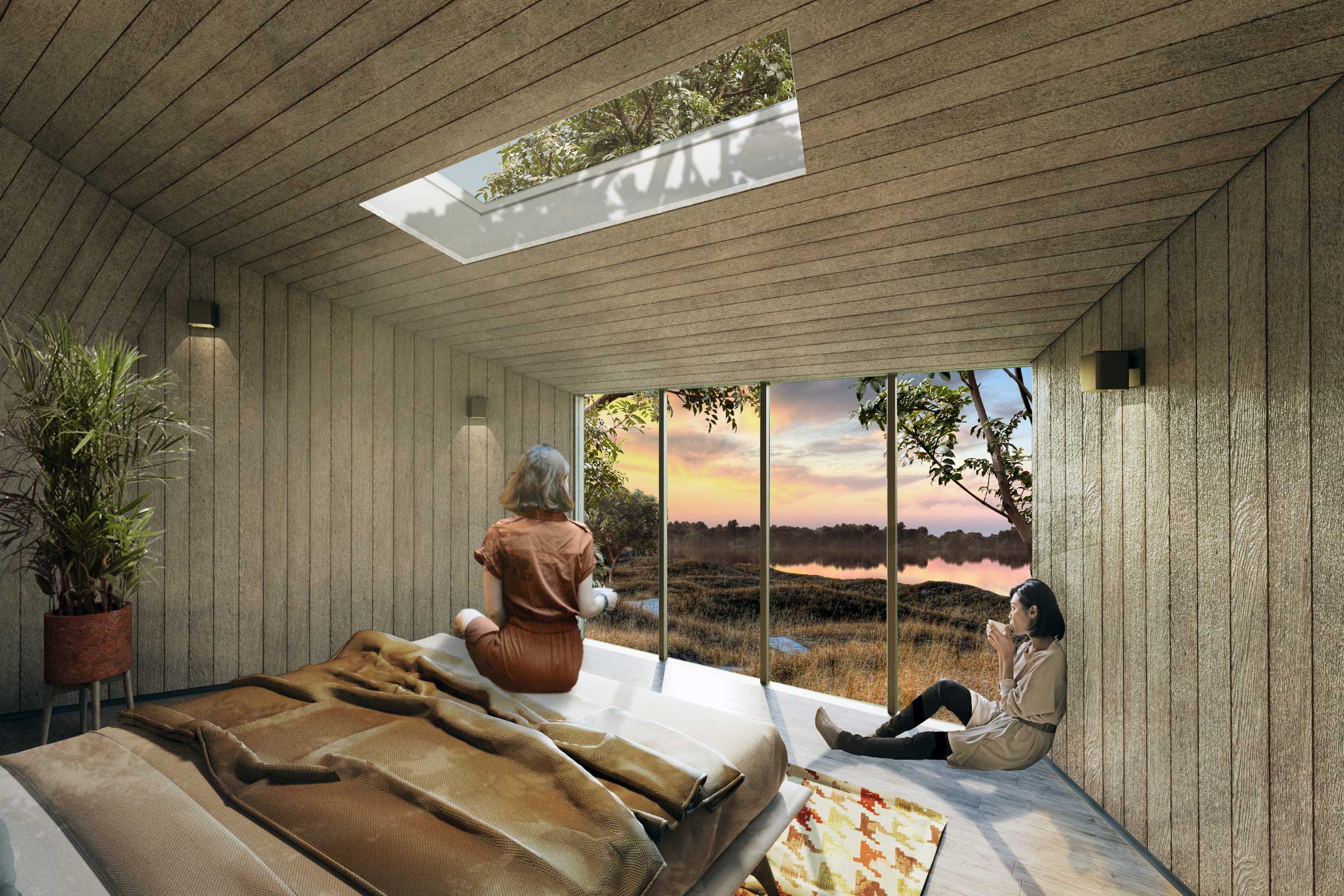 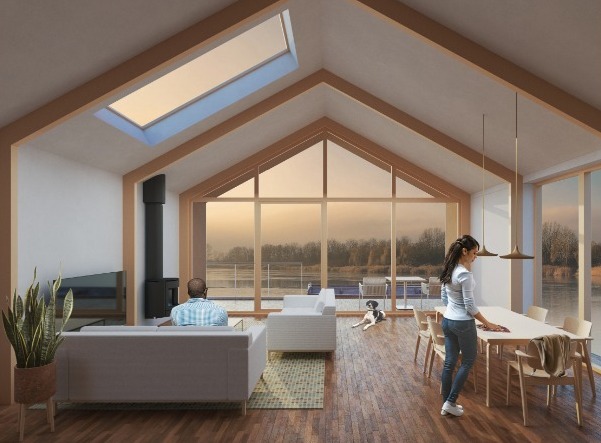 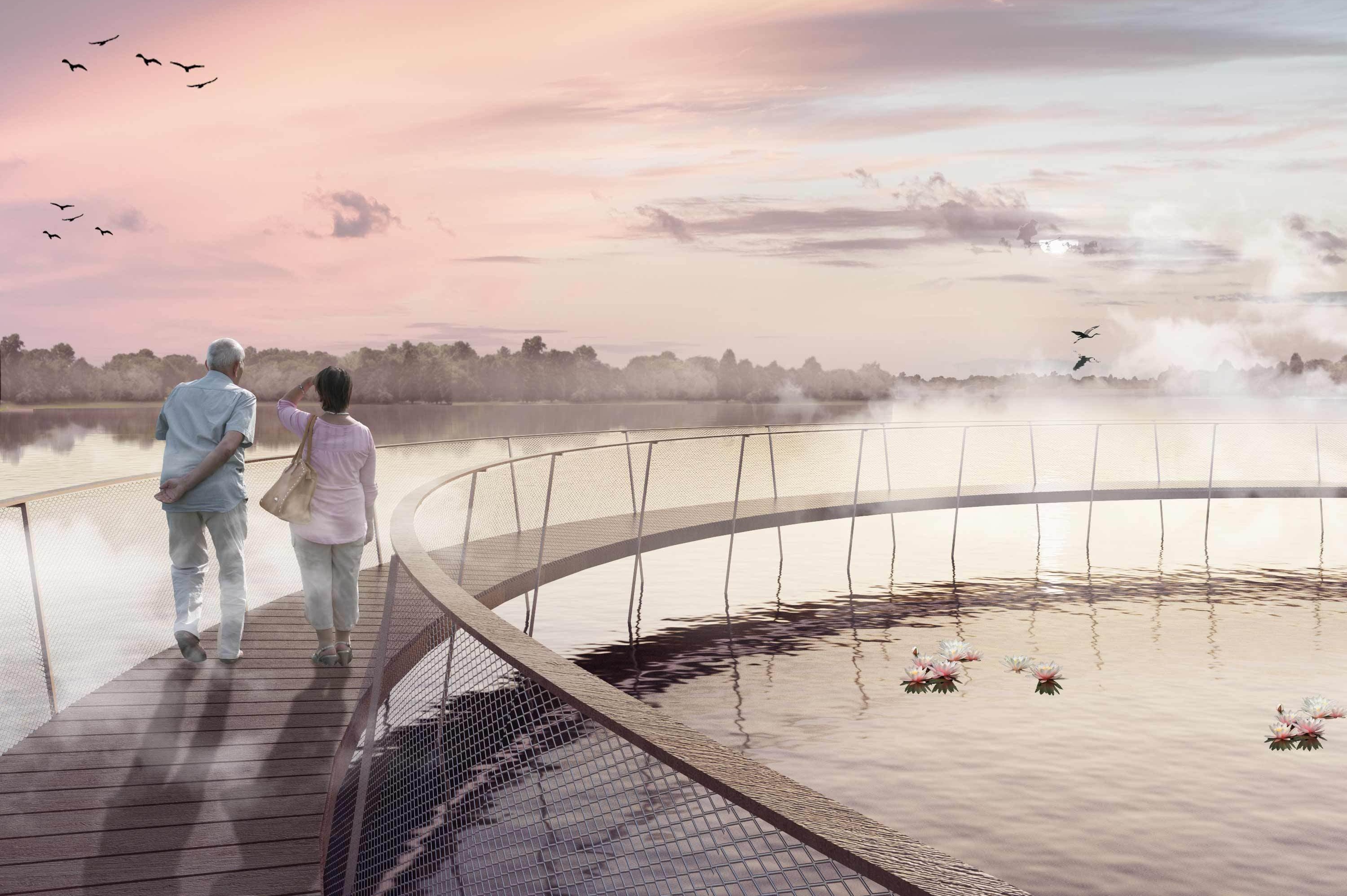 If you want to get across the water quickly, plans also reveal water taxis to ferry guests from either end.

The designs have been created by Baca Architects, which are yet to be accepted.

it isn't the only exciting project planned for the UK in the next few years.

In Manchester, both a Nerf laser combat arena and a huge new indoor water park and spa hope to open in the next decade.

Another attraction is a £75m water park inspired by Indiana Jones which could be opening in Bournemouth.

The Elysium Waterpark will be the largest in the UK, stretching 75 acres across Poole and the New Forest.

However, the biggest investment for the UK is the London Resort theme park, dubbed the "UK Disneyland".

The theme park, billed as one of the most ambitious theme park projects ever in Europe, hopes to open in 2024.

It will eventually be a two park resort, with the first gate opening in 2024 and the second expected in 2029, a decade from now.