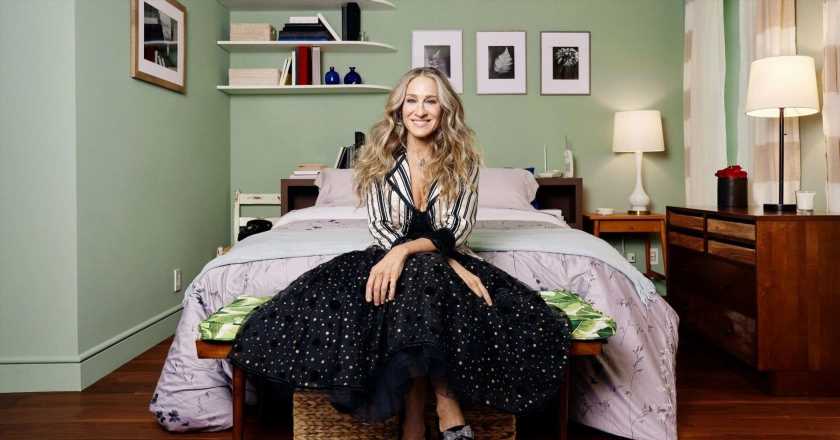 Sex And The City fans, get excited because HBO is bringing an immersive experience to London that you’re going to love.

Have you ever dreamed of living in Carrie Bradshaw’s New York brownstone apartment? Her rent-controlled $700 per month home has been the subject of much admiration (and debate) since the first episode of Sex And The City aired 23 years ago and it was the location of some of the show’s most memorable moments.

And now, you might just be able to experience the next best thing to living in Carrie’s New York home, as an immersive Sex And The City experience is coming to London.

As if the release of the reboot, And Just Like That, isn’t exciting enough for SATC fans, you’ll now be able to relive some of the shows most iconic moments in person, as HBO Max launches a pop-up at Carriage Hall in Covent Garden.

On the 11 and 12 December, fans will be able to explore a reimagined version of Carrie’s apartment, celebrating the iconic show as the original series is released on Blu-Ray and the reboot launches.

At the pop-up, you’ll be able to recreate Carrie’s dreamy fashion show moment as she tried on every item in her wardrobe or sip on a cosmopolitan as you perch on the writer’s bed. You can even pose for an Instagram photo as you sit pensively at her desk (obviously captioning the post “I couldn’t help but wonder…”).

Polly Cochrane, a representative of WarnerMedia for the UK and Ireland, has commented on the pop-up: “We are delighted to be bringing this pop-up installation of Carrie’s apartment to Sex And the City fans here in London to celebrate this incredible show.”

“I’m sure that fans will love exploring her famous apartment and I encourage everyone to book their time slot now!”

General sale tickets will be available at 2pm on Thursday 18 November. You can also sign up to the WarnerBros newsletter to receive early access tickets.

Tickets are free of charge with a £5 booking fee, meaning your New York Sex and The City-style dreams might be less expensive than you could have ever imagined.