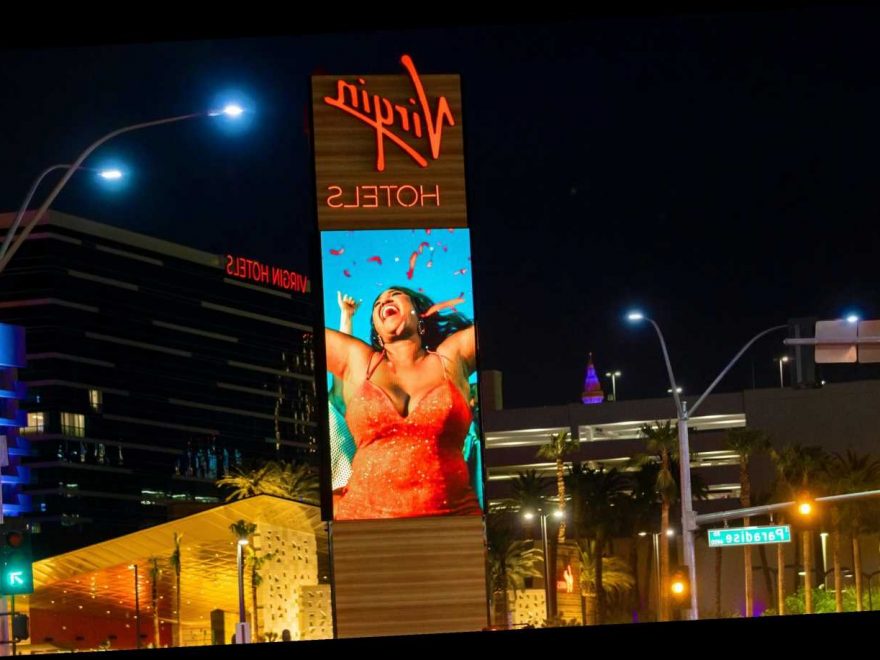 LAS VEGAS — Opening a new casino resort during a pandemic isn’t ideal, but Virgin Hotels Las Vegas may have found a sweet spot with the timing of its launch.

After delaying its opening twice, the off-Strip property opened Thursday.

“The prospects for summer look increasingly positive — with vaccination levels increasing and plenty of pent-up demand from people looking to put the pandemic behind them,” Jonathan Day, an associate professor of hospitality and tourism management at Purdue University, told The Las Vegas Review-Journal. “It’s a sign of optimism in the recovery that Virgin is committed to opening.”

Virgin Hotels Las Vegas initially planned to open in the fall after a $200 million renovation of the former Hard Rock Hotel. Plans were pushed back to January and delayed once again before Thursday’s opening date was announced.

In recent earnings calls, heads of casino operators Caesars Entertainment Inc. and MGM Resorts International revealed that bookings were increasing. Foot traffic on the Strip is on the rise. Casino floor operators can now operate at 50% capacity for the first time in months. And various surveys show that Americans are itching to take a leisure trip again as COVID-19 case numbers drop and vaccines roll out.

“There are positive signs pointing to another great Las Vegas comeback,” he said. “No city does it better than Las Vegas, and we are excited to open our doors once again to our team members and welcome locals and tourists back to the city.”

Industry watchers expect to see Las Vegas tourism take off this summer after more than a year of lockdowns and strict operating restrictions.

Las Vegas casino floor operators can now operate at 50% capacity for the first time in months. And various surveys show that Americans are itching to take a leisure trip again as COVID-19 case numbers drop and vaccines roll out. (Photo: L.E. Baskow/AP)

UNLV assistant professor of hospitality Amanda Belarmino said it didn’t make sense to open a new property back in the fall. At that time, operators were closing amenities and some properties closed midweek because of lack of demand. Those properties have just started returning to full-week operations.

“There’s still a lot of uncertainty, but we’re in the most optimistic place we’ve been since it started. So, it makes sense (to open) now,” Belarmino said.

She added that the reopening timeline is good for the city as well as the property. A new property going online should help drive foot traffic and bring back hundreds of workers.

Bosworth said Virgin Hotels is putting about 2,000 local hospitality employees back to work. Some used to work at the Hard Rock.

Day thinks March will still be a challenging month to open a hotel but that the timing will allow Virgin Hotels to prepare for an influx of summer travelers.

“Opening now will give the opportunity to come up to speed as demand increases,” he said in an email.

David Givens, vice president of hotel operations for Virgin Hotels Las Vegas, said he was looking forward to the opening.

“Everyone just wants to open,” he said, citing a busy recent weekends on the Strip. “It makes sense to get it open, and then with the restrictions easing, I think we’ll do OK.”

The property’s opening date does have downsides, industry experts say.

For one, Virgin Hotels’ doors opened a week after the initial weekend of this year’s NCAA Tournament, one of the biggest annual events in Las Vegas.

“I would have opened early March. I would have wanted to get all of those kinks out for the first week of March Madness,” said Debi Nutton, a gaming consultant and former Wynn Resorts Ltd. executive. “The demand for that week is going to be tremendous, and that March Madness crowd fits right in with Virgin.”

While the increased foot traffic during the first weekend of March Madness may have been a boon for Virgin Hotels, it’s unclear how many travelers would have made a stop at the off-Strip property.

Sports betting partner Betfred is not yet licensed in Nevada, and the property’s sportsbook isn’t set to open until the summer, pending regulatory approval.

Cotrone also pointed out that while case numbers are down, Virgin Hotels is still opening in the midst of a global pandemic. She voiced concern for some front-line workers, especially knowing that some travelers will fly in from states that have dropped mask mandates.

Bosworth told the Review-Journal that the safety of Virgin Hotels’ staff, partners and guests is a top property.

“We would like to have brought all our team members back sooner, but with the increase in COVID-19 cases and the restrictions that were in place it simply was not safe or profitable for us to open the doors at those earlier dates,” he said.

“So, after everything has been said and done, I think everything worked out the way it was meant to be,” he said. “The resort is primed and ready to kick off the recovery of the Las Vegas economy.”