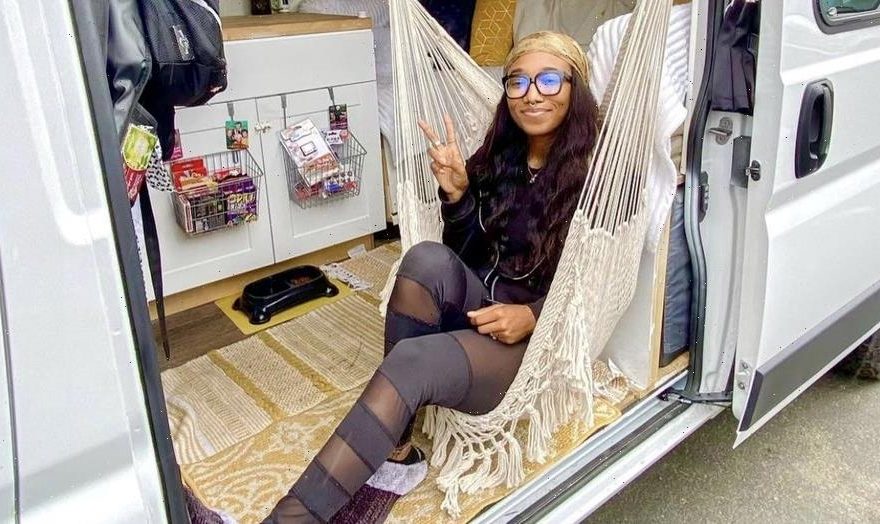 Jasmine Wilson has always loved road trips, but it wasn’t until last year when she decided to center her whole lifestyle around one.

Wilson, 28, has been living in a renovated van and traveling across the country since Dec. 1, 2020, with the goal of visiting every National Park in the U.S.

Wilson, who is originally from Battle Creek, Michigan, but is currently in Galveston, Texas, told Fox News that the coronavirus pandemic was the catalyst for her to hit the road.

Though she had learned about “van life” — when people live in renovated vans — when she was in college, Wilson became interested in the lifestyle again last summer during the coronavirus-related lockdowns. 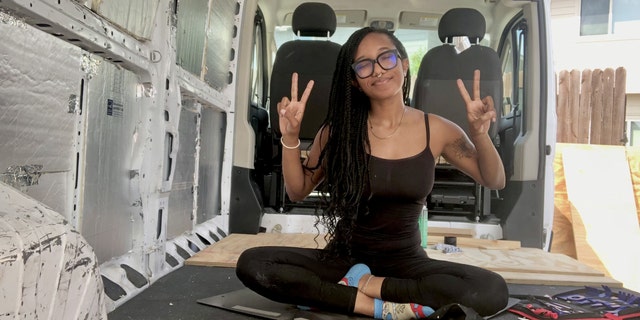 Jasmine Wilson, 28, from Battle Creek, Michigan, decided to move into a van during the coronavirus pandemic. She renovated the van herself, even though she didn’t know what she was doing when she started.
(Courtesy of SWNS)

“I decided to look up [vans] for sale and then I found mine at a dealership and then I just picked it up the next day,” Wilson told Fox. “I was just going to go for it, because this year’s been very unpredictable, so I figured, you know, take advantage of the somewhat freedom we have while we have it.”

Wilson bought the van in July or August last year and spent two months renovating it herself, even though when she started, she didn’t really know what she was doing.

“I didn’t own any power tools before,” Wilson said. “I didn’t know how to build anything outside of IKEA furniture.”

She still did the renovations herself, learning from tutorials on YouTube and buying some parts — like cabinets — already made, rather than making them herself. 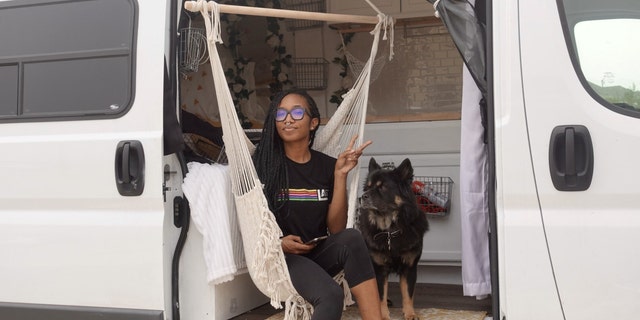 Wilson and her dog Ice have been living in the van that Wilson renovated herself since Dec. 1, 2020.
(Courtesy of SWNS)

When she finished, Wilson’s van was complete with a full-sized bed, two benches — one with a fridge/freezer inside, the other storing a shower — a monitor for gaming, a ceiling fan and security cameras.

However, Wilson doesn’t have a full kitchen. Instead, she gets by with a collapsible sink and a camp stove, which she said is enough for her lifestyle. 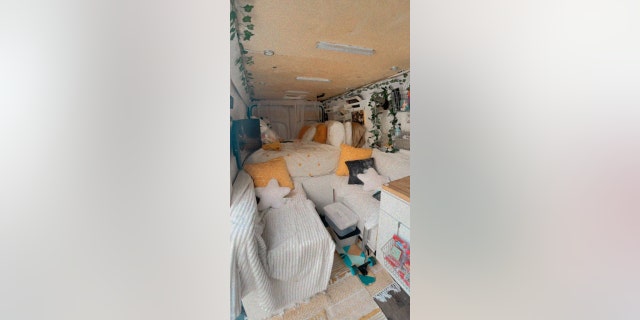 Wilson’s renovated van has a full-sized bed, two benches — one with a fridge/freezer inside, the other storing a shower — a monitor for gaming, a ceiling fan and security cameras.
(Courtesy of SWNS)

“I have everything like a normal house has, I just chose not to, I guess, display it in the same way,” Wilson said. “Because I guess for me, the goal was to get out of the house. So I didn’t want it to exactly look like a house.”

Wilson finally hit the road in December, after the lease on her house was over. She continues to work remotely as a product designer at three tech startups, making $300,000 a year. Wilson has also developed an app, Kinnect, to help connect Black-owned businesses, and runs an organization called Colorful Coders, which teaches coding to children in underrepresented areas. 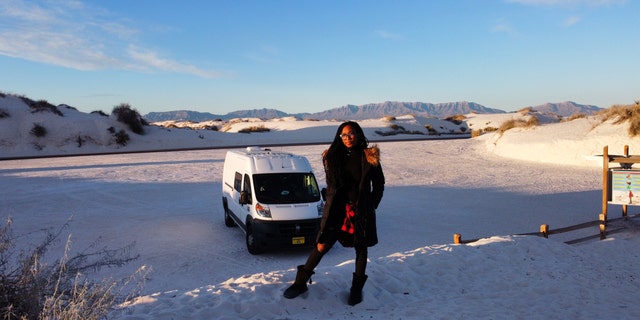 Wilson’s goal is to visit every National Park in the U.S.
(Courtesy of SWNS)

“As long as I have Wi-Fi, I can do the job,” Wilson said, adding later that her employers appreciate her travels.

“They know I live in a van and that I travel a lot and they love that,” she said. “On our meetings, they ask where I am that day.”

Now that she’s seven months into her journey, Wilson said she’s been to 10 National Parks and plans to head to parks on the East Coast next before it gets cold.

She said she decided to visit all the National Parks because, before her journey, she had never been to a single National Park, despite having lived in several states, like Texas and Arizona, with famous National Parks nearby.

“I haven’t seen a lot of the country, but because [National Parks are] in so many different places, that’s a good way to find something to do in almost every state,” Wilson said.