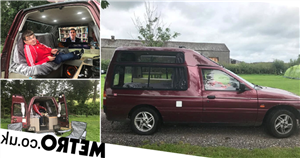 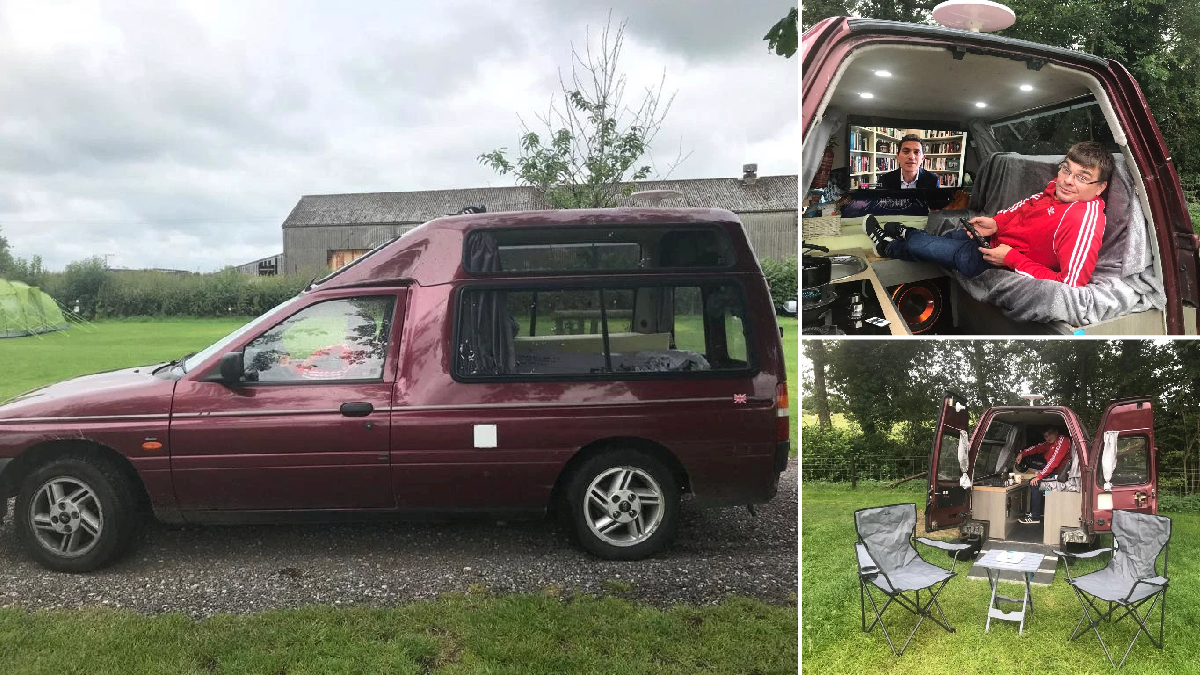 Staycations have been on the agenda this year and these trips have got us admiring the country’s incredible campervans – particularly homemade ones.

Earlier this year, one man made it his mission to give a run-down Ford Escort a new lease of life – so he could enjoy road trips all over Britain.

Chris Thompson purchased the 26-year-old vehicle off eBay for £1,000 and spent lockdown renovating it to create his dream camper – with a mini kitchen, TV and bed.

The 1995 Escort Mark 6 was originally modified to take on a wheelchair – so had more space than the typical model – but it now can accommodate two people for cooking, sleeping and watching TV.

Chris, a service manager for an engineering company, carried out all the work himself – alongside his job.

He says: ‘I’ve got a very busy lifestyle, my job is very busy, so I’ve only spent a Saturday here or a Sunday there, sometimes only four hours in the afternoon.’

The project – which has cost around £2,700 in total – is even more impressive considering the state of the van when Chris first bought it.

He says: ‘I picked it up from Ipswich and it broke down three times.

‘I was a bit worried that I had bought a bad van. I had it checked out and we gave it a good service to get the engine running again.

‘It needed a new windscreen, I fitted the back out with a sink with running water, a TV, a speaker and a stereo.’

Chris adds that the sought-after model is also the perfect size.

‘It’s very small, it can go in car parks, you can park it on the street, it’s not too big and it’s quite practical,’ he says.

Chris and his partner, Sarah, took the newly-renovated campervan on its first grand tour to the Midlands, Wales and the North of England – in order to identify any ‘snags.’

The couple say they now need to spend roughly another £800 to complete the van and it’s unlikely to be ready for a few months.

They also want to give it an exciting new exterior.

Chris adds: ‘It still won’t be completely ready until the New Year because there is still so much that I want to do to it.

‘We are going to get the van vinyl wrapped into a beautiful chameleon colour, so that when you walk past, it will change colour with the sunlight.’