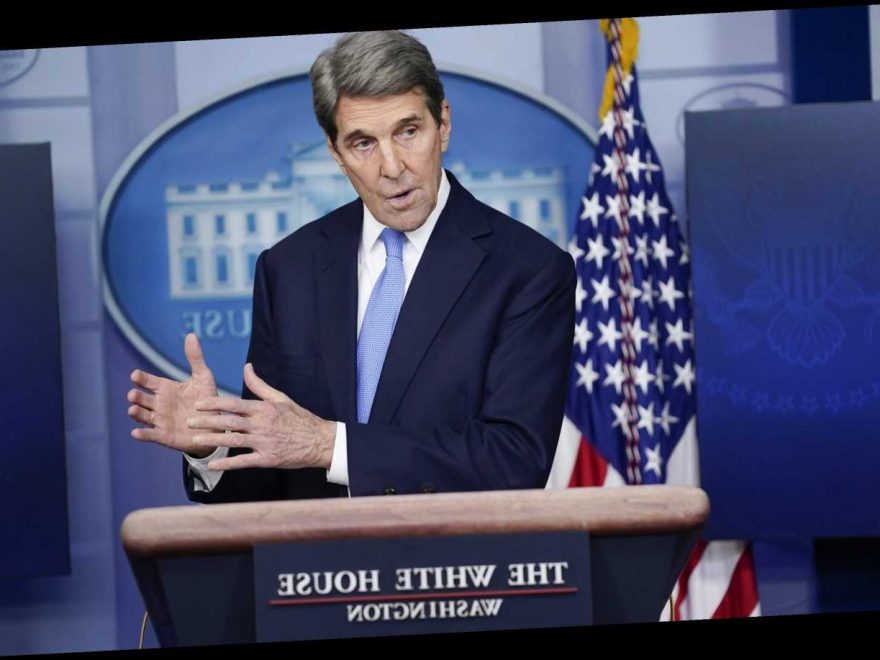 White House Climate Envoy John Kerry is firing back against accusations of liberal hypocrisy after photos of him flying with a mask dangling from one ear circulated on social media.

“Feels like there’s some St. Patrick’s day ‘malarkey’ afoot on Twitter,” Kerry tweeted Wednesday evening from his official White House climate envoy account. ” Let’s be clear: If I dropped my mask to one ear on a flight, it was momentary. I wear my mask because it saves lives and stops the spread. It’s what the science tells us to do.”

The former secretary of state, senator and 2004 presidential candidate was photographed while reading in the first-class cabin with his mask hanging from his left ear on an American Airlines flight from Boston to Washington, D.C., as reported by conservative news outlet The Tennessee Star.

President Joe Biden signed an executive order in January requiring face coverings on commercial flights and other forms of public transportation. Ten days later, the U.S. Centers for Disease Control and Prevention issued more specifics on which face coverings are acceptable, who is exempt and when passengers are allowed to remove their masks. For instance, they can be removed during meals.

American Airlines spokesperson Stacy Day told USA TODAY that the cabin crew “did not observe Secretary Kerry without a mask, and they were not alerted by other customers to a non-compliance issue.”

She added: “We continue to review the matter, and we are reaching out to Secretary Kerry to underscore that all customers are expected to wear masks for the duration of their trip.

The U.S. Centers for Disease Control and Prevention’s mask order allows passengers to remove their mask while eating or drinking; however, in the photo, Kerry’s tray table appears to up and there are no drinks or food in sight.

“His mask is off & he isn’t eating or drinking,” Trump Jr. tweeted. “Will he be fined for breaking the law & banned from [email protected] like regular citizens would be?”

Cotton, who was asked about the incident during a Fox News interview, said, “Leaders should try to set a good example if they’re going to impose rules on the American people – they should try to follow those rules as well.”

Last July, American said it reached out to Texas Sen. Ted Cruz after he was spotted on one of its planes with no mask in sight. However, there was no federal mask mandate in place at that time.

The Federal Aviation Administration has been aggressive in enforcing the mask mandate since it took effect in late January. In January, the agency announced there would be no more warnings for uncooperative passengers. It has since proposed steep fines for passengers who repeatedly refuse to comply with the mask rule.