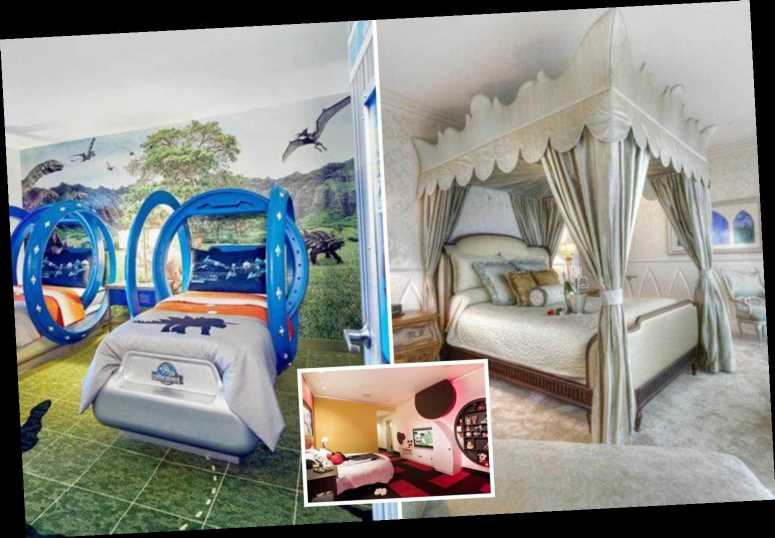 THEME parks aren't just home to thrilling rides, but also some of the most beautiful hotel suites too.

We've rounded up some of the fanciest places you can stay next time you visit a theme park. 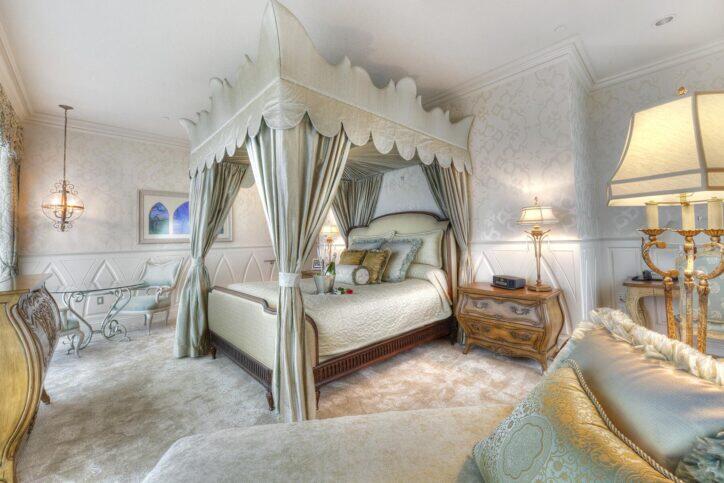 Located at Disneyland is the Disneyland Hotel Fairytale Suite, fit for a prince or princess.

Inside is a four poster canopy bed along with a seating area and floor-to-ceiling windows with views of the park.

In the bathroom, there is a Sleeping Beauty Castle mosaic over the hot tub.

Lucky guests who get to stay at the suite also get access to the E-Ticket Club at the hotel which has views of the fireworks as well as snacks and drinks. 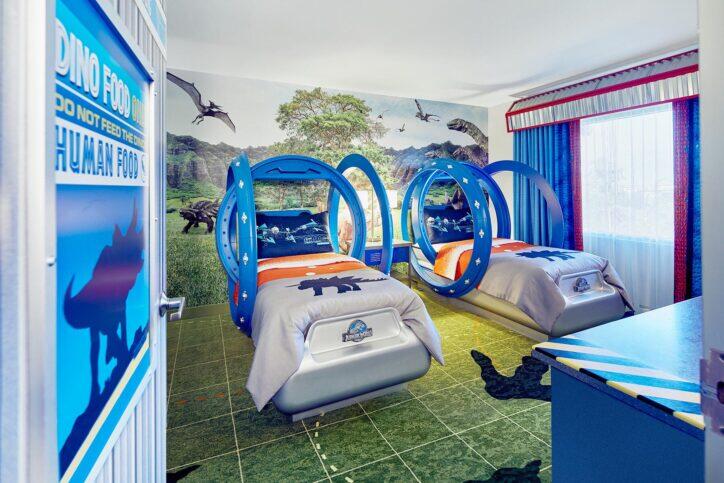 At first glance, the hotel suite doesn't seem to be anything out of the ordinary.

However, go through the door marked Destination Jurassic and kids will be greeted by twin beds designed to look like the Gyrospheres from Jurassic World.

Dinosaur artwork, dinosaur footprints on the floor and views of the gardens make it perfect for families. 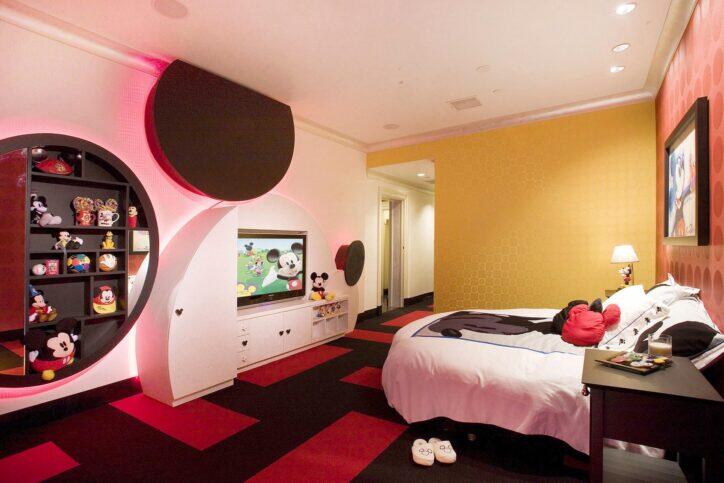 At the Disneyland Hotel is the Mickey Mouse Penthouse, decked in the classic red and black colours.

The huge 1,600ft suite has a seating area, two bedrooms and even a huge theatre system.

Toys and artwork of the iconic Disney character are littered throughout the rooms.

Even the bathroom is fully decorated with Mickey Mouse tiles. 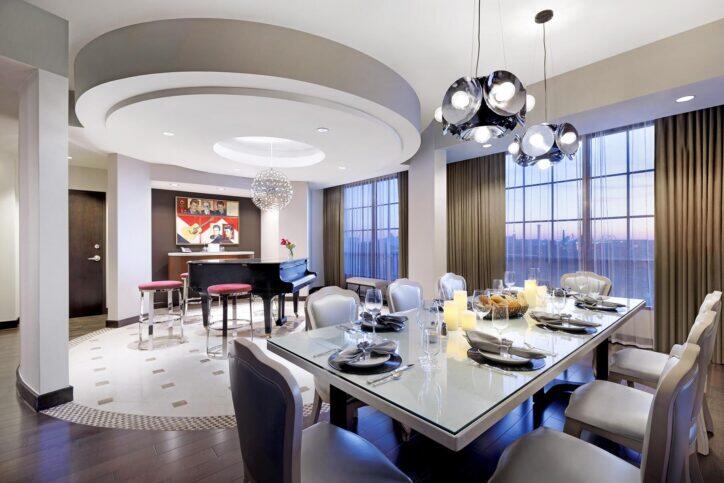 One of the fanciest suites at Universal Orlando can be found at the Hard Rock Hotel.

The Graceland Suite sleeps up to seven people as it connects to the rooms next door.

Inside is a huge grand piano and whirlpool bath with views over the park.

Music fans can borrow a Fender guitar or Crosley vinyl player as well. 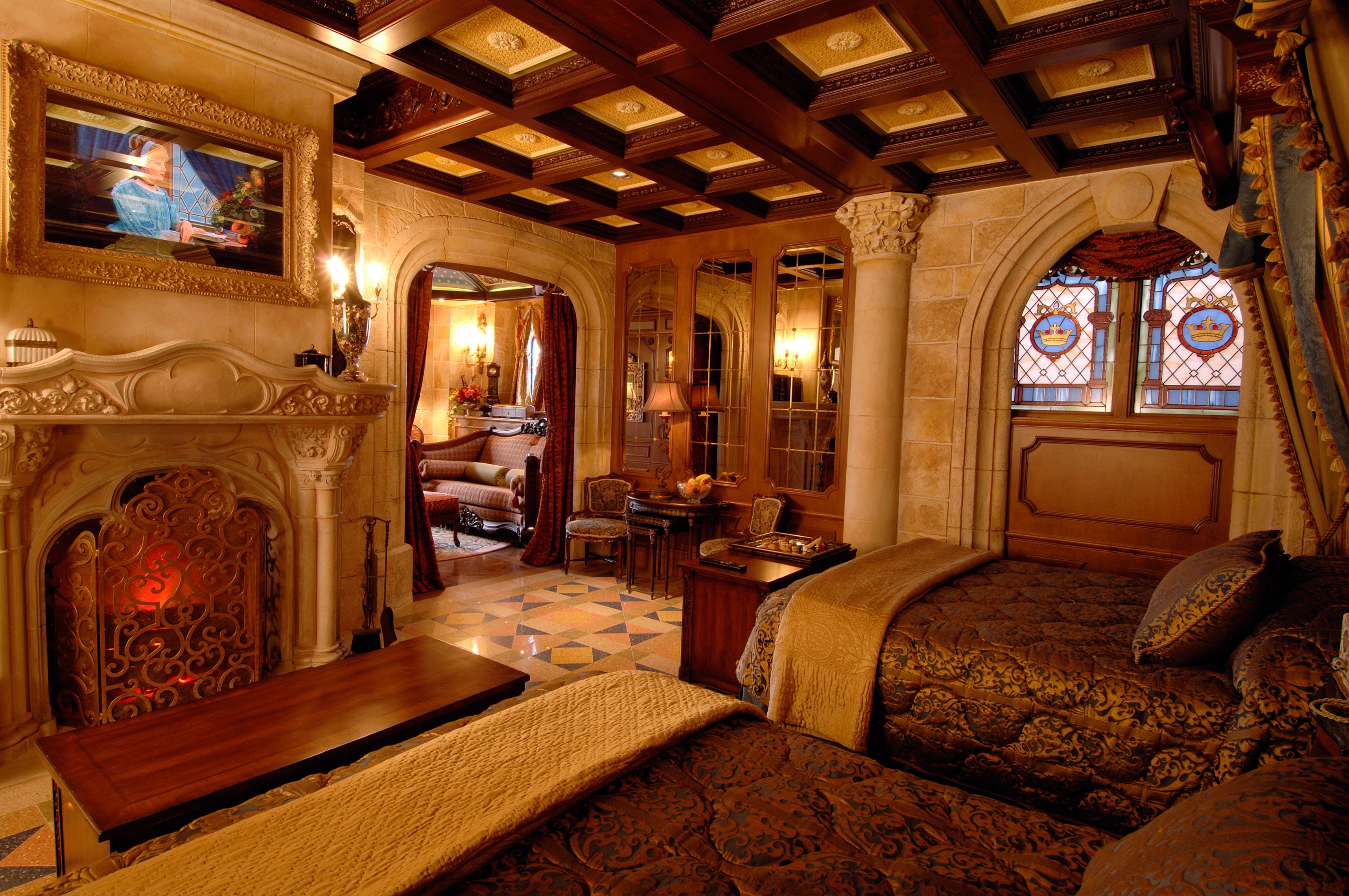 Sadly you can't stay at it, but one of the fanciest theme park hotel rooms is the Cinderella Castle suite.

Originally created for Walt Disney, who died before he could stay there, it was only open to competition winners and some celebs.

Inside the bedroom are two double four poster beds, with a C above them which actually stands for Prince Charming.

The ceiling also has a fake sky night, as the "only place you can bathe under the stars in Disney World". 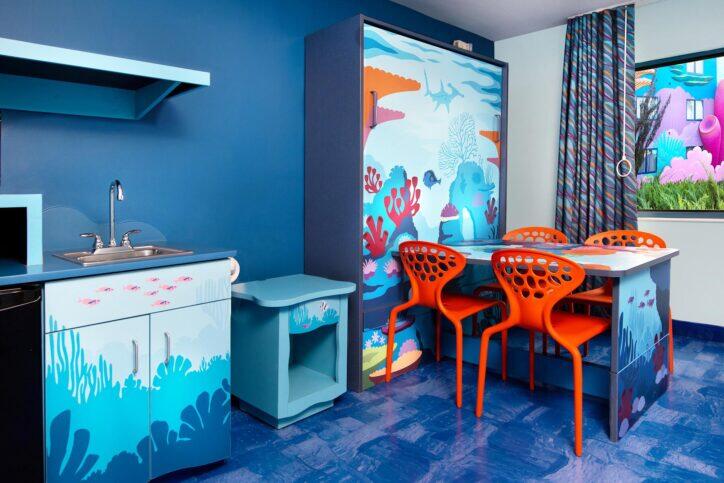 Another kids favourite is the Finding Nemo suite at Disney World.

While parents can stay in the main bedroom, kids will be able to sleep surrounded by fish.

The bathroom features a submarine porthole too.

If you fancy another themed stay at the same hotel, you can stay in a Cars room or a Lion King room.

A new hotel is opening at Star Wars: Galaxy's Edge, with guests staying on board the Galactic Starcruiser.

There is also a huge $1.5bn hotel resort opening near Disney World in 2023.

Here are some of the best UK theme park hotels, with pirates, princesses and creatures.