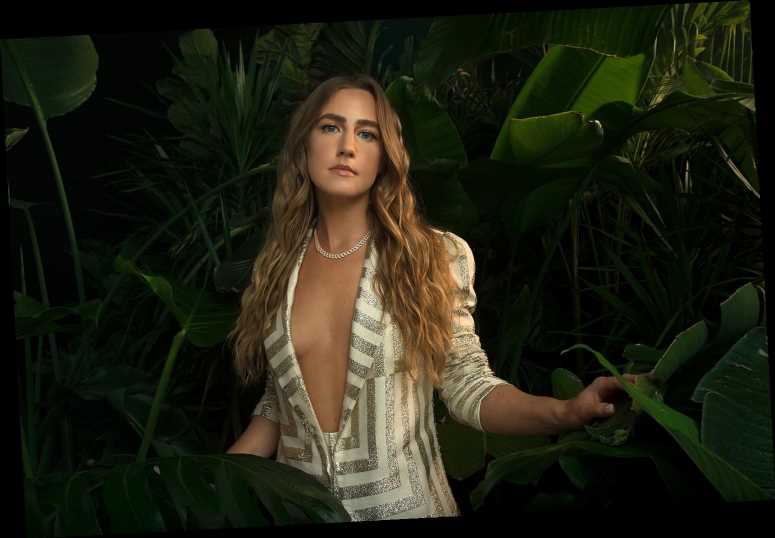 Ingrid Andress is ready to represent country music at this Sunday's Grammys!

Ahead of this weekend's awards show, the country artist up for three awards (including best new artist) talks to PEOPLE about learning that she was nominated — and what she's most looking forward to at the show.

"I was just going about my normal daily routine of doing nothing, watering my plants," the 29-year-old tells PEOPLE about learning she was up for several Grammys. "That made my year even weirder. '2020 was my year,' said nobody ever except for me."

Andress is the only country artist nominated in the best new artist category, her song "More Hearts Than Mine" is up for best country song and her album Lady Like is nominated for best country album alongside the likes of Miranda Lambert, Ashley McBryde, Little Big Town and Brandy Clark.

Check out PEOPLE's full Grammys coverage to get the latest news on music's biggest night.

"I love that there's room for all different types of expression and art. I obviously love country music, but there is something about just appreciating the craftsmanship of music and getting to celebrate that with a bunch of other talented people who are just as passionate about what they're doing as you are," she says. "And you don't always get to be in a room like that. In fact, most of the time you don't get to be in a room like that. So to me, that's kind of what I've been looking forward to about it the most and what makes it so special to me."

Her best new artist nomination is extra special as she's next to Megan Thee Stallion, of whom she's "a huge fan" — even if their music styles are polar opposites.

"I just am still mind blown that we're even in the same category together because she does real hot girl s— and I'm like this emo white girl," she jokes. "I think that there has been a grave error because there's no way. But it also shows how cool it is being in the music industry now because you can have people like Megan Thee Stallion and people like me in the same category but we do completely different things. That's really cool." "As for being the only country artist, I'm really surprised that more new country artists aren't in that category. I feel like for as big as country is, they don't really ever get represented in the new artist category," she adds. "I'm just lucky to be able to represent Nashville and everything that we do over here."

Looking back at past Grammys, Andress wishes she could meet 15-time winner Adele, who similarly sings "sad girl" songs.

"The second she started putting out music I was hooked," she says. "Her voice, it just does something to my soul that just makes me want to just wrap myself in a blanket and just never leave. And she's also hilarious so I feel like we would get along and I just admire that she is also a songwriter and is very emotive. " As for her future music, Andress says she's going to continue putting out country songs since "that's just who I am as a writer" but also understands how the genre has been expanding and changing.

"Genres are going to start not mattering as much because I think people are tired of having to put things in a box in order to be able to label them when really the whole point of music and creativity is being able to make your own label and own box for what you want to do," she says. "There's still a lot of things about traditional country that I think I'll always appreciate as far as lyrically, but I think the whole point of creating is to get weird with it."

PEOPLE and Entertainment Weekly are also teaming up to bring you some glamour and award show speculation ahead of the Grammy Awards on Sunday, even if most of the nominees and guests will be at home wearing sweatpants.

The livestream will broadcast live from New York City and will feature celebrity interviews both virtual and in-person from the Grammys red carpet in Los Angeles.