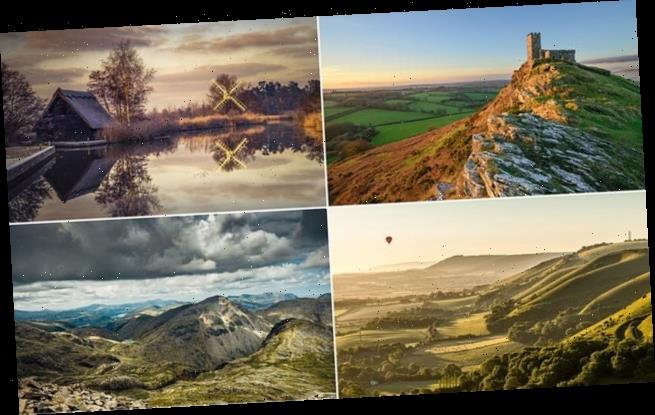 The beauty of Britain: Glorious pictures of the UK’s 15 magical national parks and their secret coves, majestic lochs and windswept hills

If you ever needed reminders of the sheer beauty of Britain – here they are.

These breathtaking pictures show each of the country’s diverse and incredible national parks in all their wild, windswept and stress-busting glory.

There are 15 national parks across mainland Britain ranging from the Cairngorms with its jaw-dropping lochs and mountains in the Scottish Highlands to Devon’s Dartmoor, home to one of the land’s most magical churches.

The oldest national park is the Peak District – which is 70 this year – the Lake District National Park is a Unesco world heritage site and Loch Lomond and the Trossachs is home to Britain’s largest lake by surface area – Loch Lomond (27.5 square miles).

The Yorkshire Dales National Park has its very own moss that grows nowhere else while the Pembrokeshire Coast is the only national park in Britain designated for its coastal landscape. 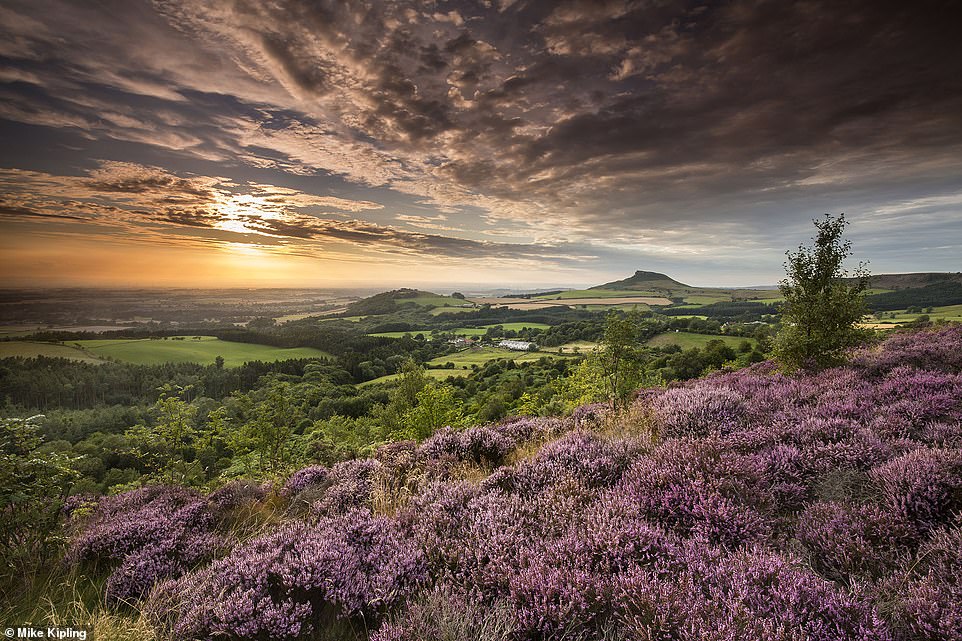 The North York Moors National Park contains one of the largest expanses of heather moorland in England and Wales, an area of 44,000 hectares. According to National Geographic: ‘Forests cover 22 per cent of its area and native oak, ash, birch, and rowan fill streamsides and valleys to create a canopy for shade-loving plants such as yellow archangel.’ It also boasts a 26-mile-long coastline. This mesmerising shot shows landmark hill Roseberry Topping and the surrounding area of Gribdale 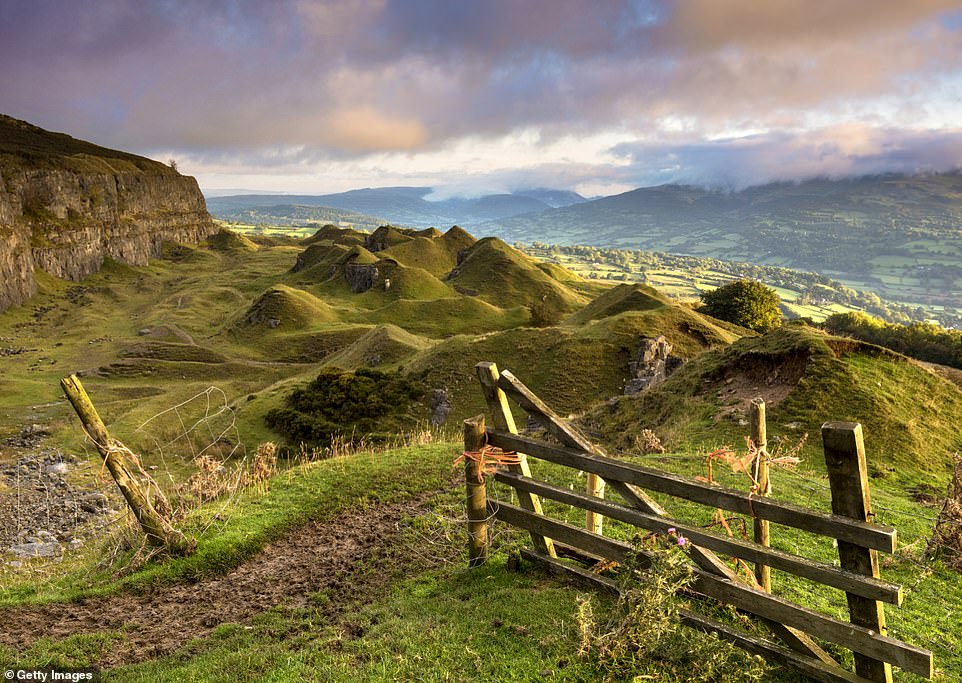 Abandoned quarries lie in the Llangattock Escarpment – a dramatic line of limestone cliffs in the Brecon Beacons National Park, which was established in 1957 and covers an area of 520 square miles in south and mid-Wales. It is home to Pen y Fan, the highest peak in southern Britain, which stands at 2,906ft (886m) 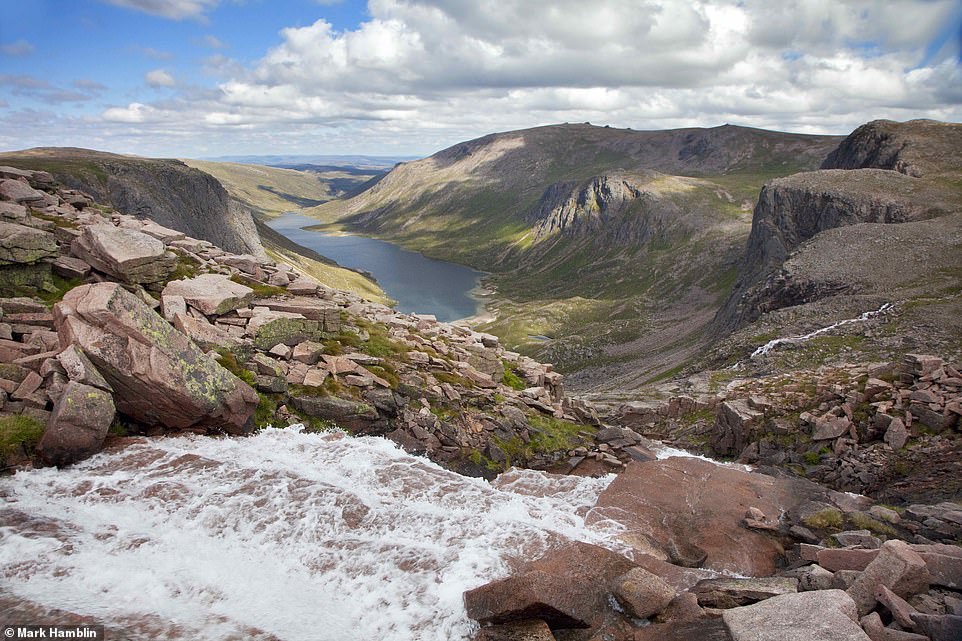 The Cairngorms National Park, in the Scottish Highlands, is the largest national park in the UK, covering 1,748 square miles. It is home to four of the five tallest mountains in the UK, with Ben Macdui its highest at 4,295ft (1,309m). The park also has 60 lochs and according to its official website is home to ‘a quarter of the rare and endangered species in the UK’. Pictured is an upland stream flowing into the park’s breathtaking Loch Avon 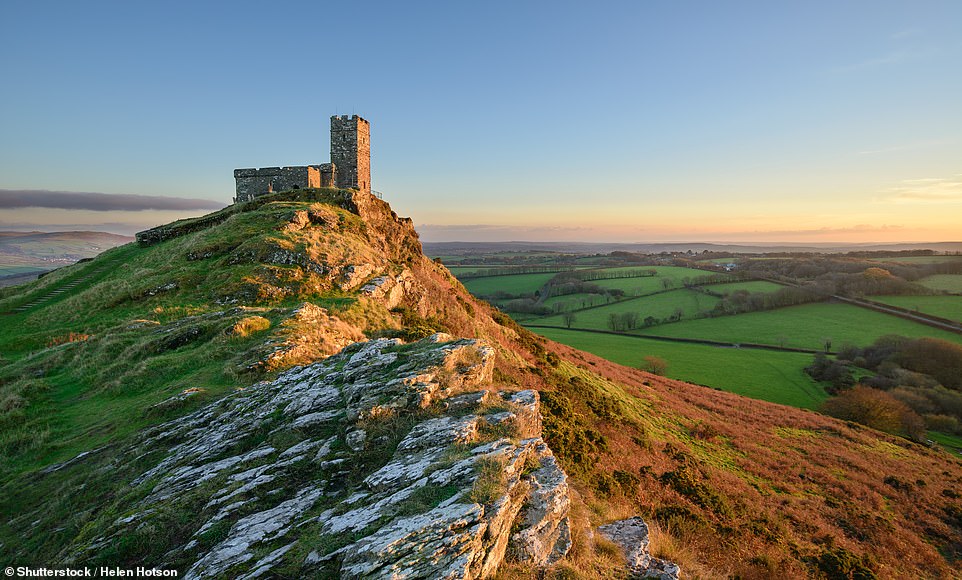 Devon’s Dartmoor National Park is 368 square miles, which according to its website is ‘roughly the same size as London, or about the same size as 20,000 football pitches’. It adds that 65 per cent of Dartmoor is made of granite and there are over 160 tors [rocky peaks] dotted across the park. Today 90 per cent of the land on Dartmoor is used for farming with around 50,000 cows, sheep and ponies grazing on it. Pictured is the 12th-century St Michael de Rupe church, perched on top of the park’s 1,100ft-high Bren Tor. It’s the fourth smallest parish church in the UK and is thought to be the highest working church in England 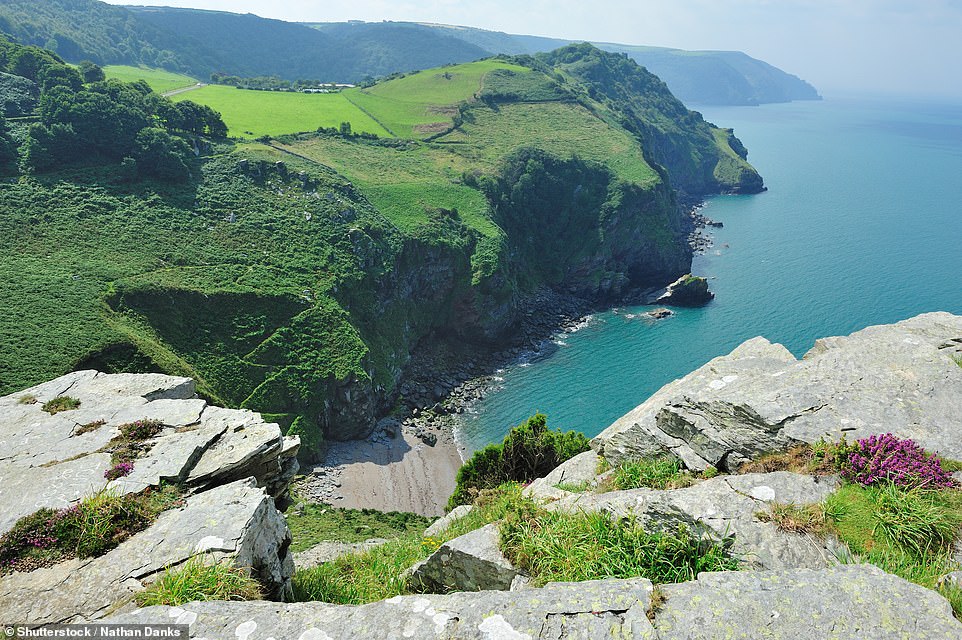 Exmoor National Park boasts hilly open moorland, deep valleys and a rugged, remote shoreline – in fact, parts of it have no landward access at all. It stretches for 267 square miles across Somerset and Devon and is home to the highest cliff on mainland Britain, which is near Combe Martin and rises to a height of 1,042ft (318m). Pictured here is one of Exmoor’s breathtaking secluded beaches – Wringcliff Bay, near the Valley of Rocks and its population of wild goats and the villages of Lynton and Lynmouth. Access to the cove and its beach is down a steep and potentially treacherous path that visitors say is not for the faint-hearted – but worth the effort 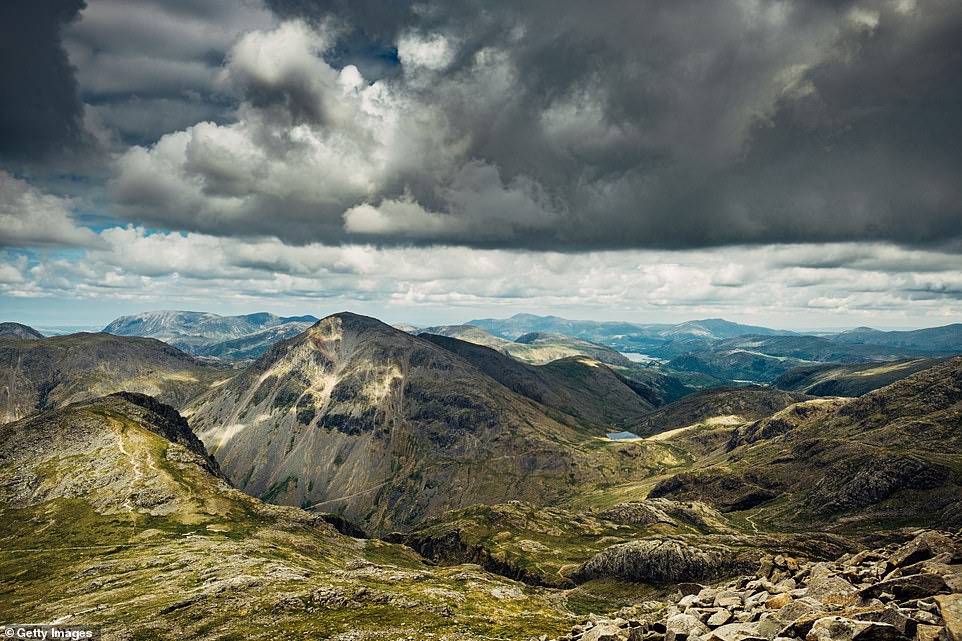 Magical Lake District National Park has a few badges of honour. It’s the largest national park in England (2,362 square miles); is home to Scafell Pike, the highest mountain in England (3,210ft); contains Wastwater, the country’s deepest lake (243ft), and is a designated Unesco World Heritage Site. Unesco says: ‘The combined work of nature and human activity has produced a harmonious landscape in which the mountains are mirrored in the lakes.’ Pictured is the view from the summit of Scafell Pike

Unsurprisingly, at the heart of Loch Lomond & The Trossachs National Park is Loch Lomond, pictured, Britain’s biggest lake by surface area at 27.5 square miles. But this 720-square-mile park also has breathtaking mountains, such as Ben Lomond, charming villages and mesmerising forests. But what exactly is the Trossachs? According to Visit Scotland, it is regarded as the ‘romantic area of sparkling lochs, crumpled hills, sleepy forests and welcoming villages east of Loch Lomond and west of Stirling’ 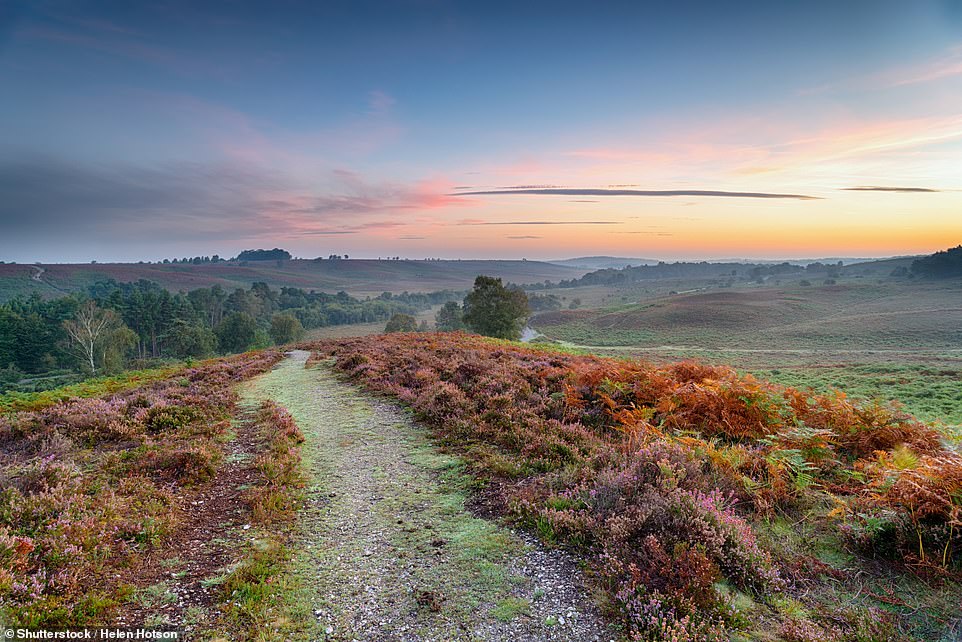 Ancient woodland, vast open moors, heady heathland and a stunning 26-mile coastline – welcome to the New Forest National Park. It covers a 219-square-mile area of Hampshire and Wiltshire and its population includes ponies, cattle and deer, all roaming free. Pictured is the sun rising over Rockford Common, where many of the New Forest’s ponies can be spotted 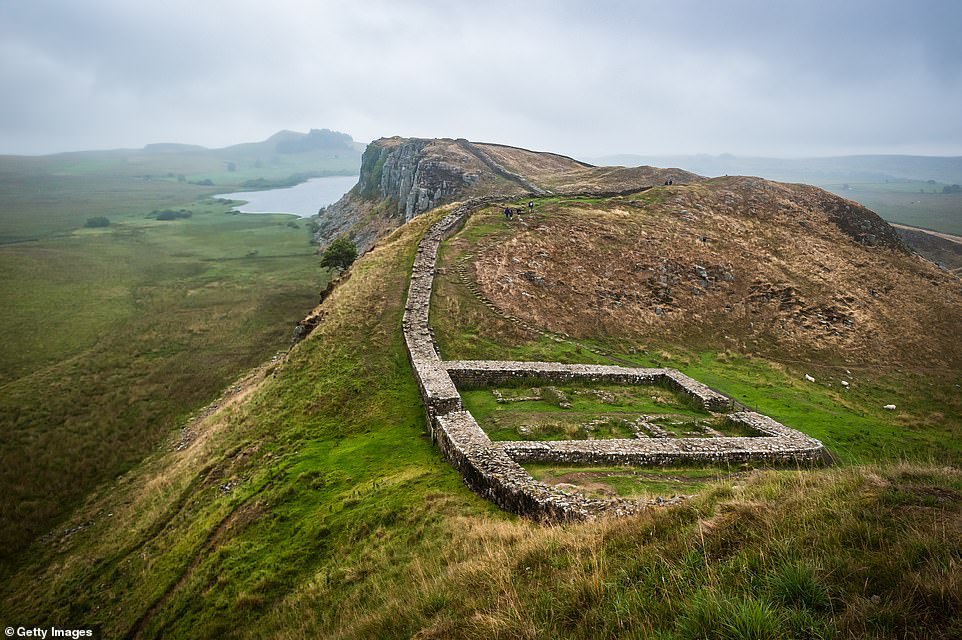 Northumberland National Park has some amazing features. In the northernmost part of the 400-square-mile park, which lies close to England’s border with Scotland, is the breathtaking Cheviot Hills, Hadrian’s Wall is in the south and Kielder Water, a huge man-made reservoir next to a forest park, is in the west. Pictured is Milecastle 39, an ancient Roman Fort along Hadrian’s Wall 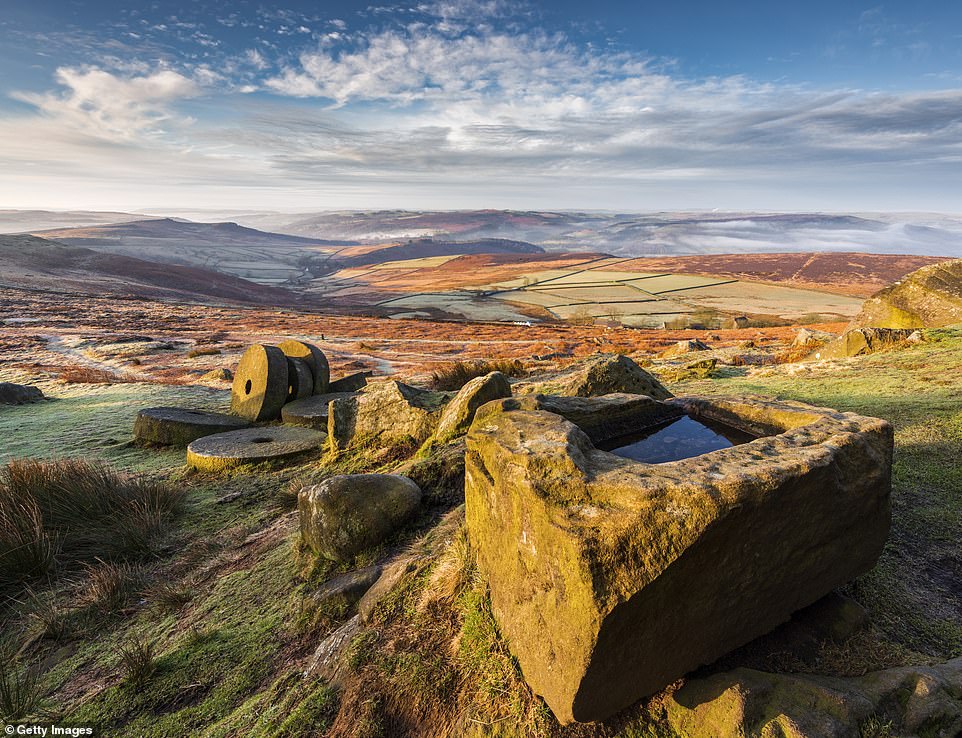 The Peak District became Britain’s first national park back in 1951 and it reaches into five counties – Derbyshire, Cheshire, Staffordshire, Yorkshire and Greater Manchester. Lonely Planet describes it as ‘a place where local lore, gnarled forests and expansive moorlands create an enchantingly beautiful setting’. This stunning shot was taken one misty morning near Stanage Edge – an impressive gritstone escarpment 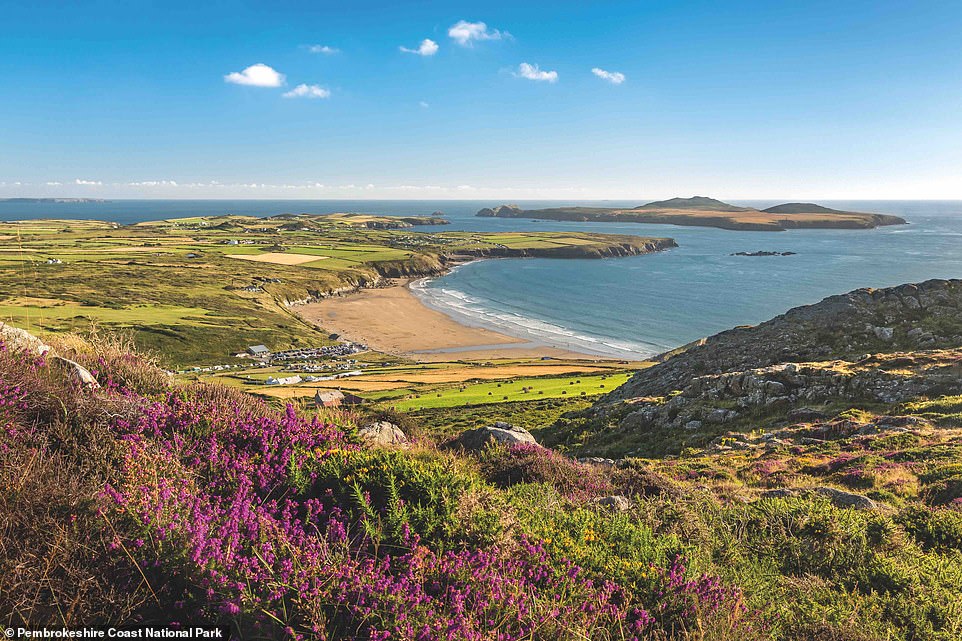 ‘A realm of seacoast and sky stretching along the southwestern shoreline of Wales’ is how National Geographic describes the Pembrokeshire Coast National Park. It is the only national park in Britain that has been designated for its coastal landscape. Nowhere within its 243 square miles is more than 10 miles from the sea. Pictured is stunning Whitesands Bay 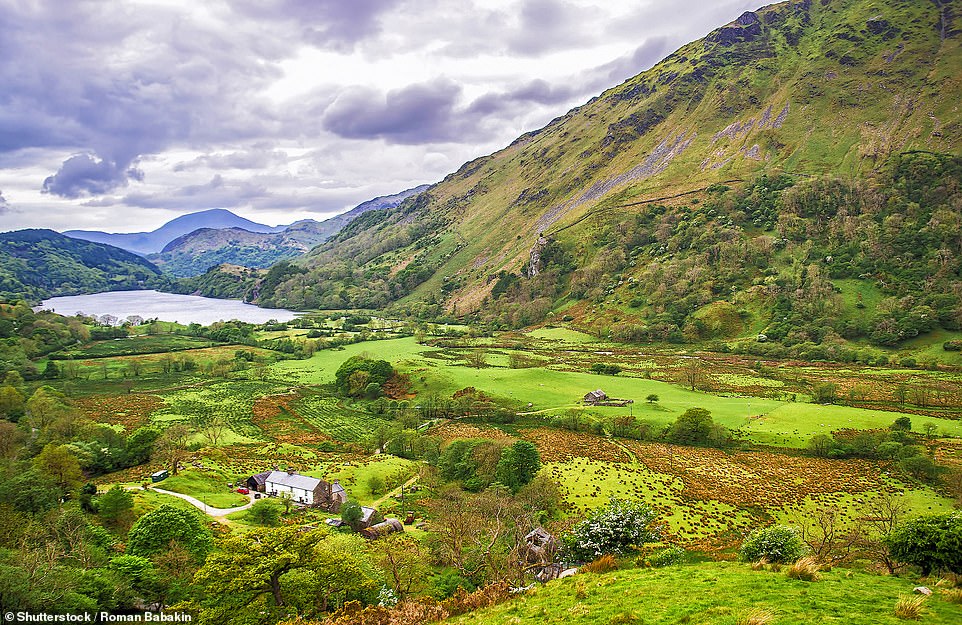 Snowdonia, the largest of the three national parks in Wales, is home to the highest mountain in England and Wales – Snowdon, which is 3,560ft (1,085m) high – and the largest natural lake in Wales, Bala Lake (Llyn Tegid), which covers an area of 1.87 square miles. Lonely Planet points out that ‘the park is the only home to two endangered species, an alpine plant called the Snowdon lily and the rainbow-coloured Snowdon beetle’ 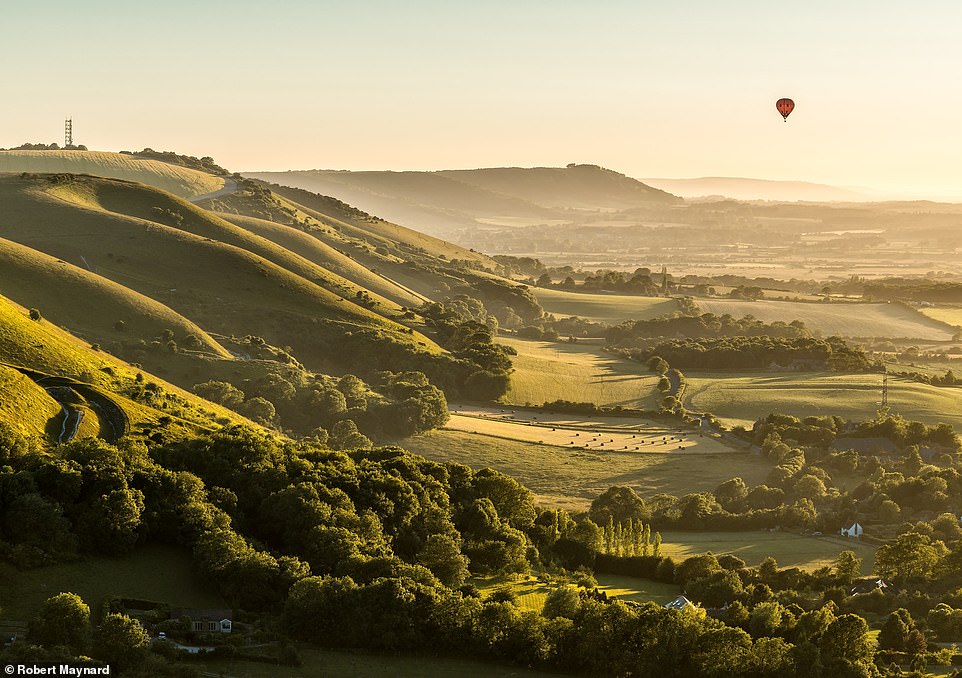 The South Downs National Park was founded in March 2010 – making it the youngest of all the UK’s national parks. It spans a 628-square-mile area from the seaside town of Eastbourne to the city of Winchester. According to the Visit South Downs website, the park ‘encompasses a wide range of landscapes, from dramatic chalk cliffs to rolling hills in the countryside’. Pictured is Devil’s Dyke, a long deep valley that is a popular beauty spot 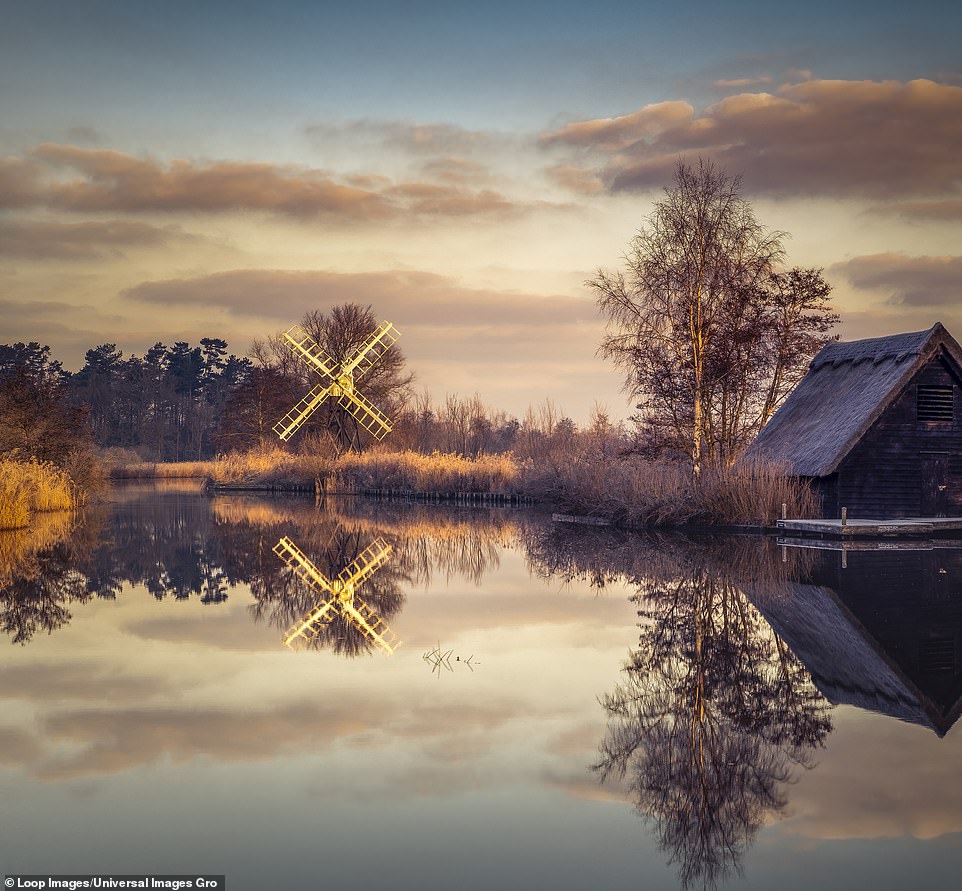 The Broads National Park, which covers Norfolk and Suffolk, is known for its beautiful navigable waterways and photogenic windmills. It’s a stunning wetlands landscape, but ‘the Broads’ did not occur naturally. According to the park’s official website ‘they were originally dug out in medieval times to provide peat for fuel [and] in the 14th century, these peat diggings flooded, creating the beautiful waterways we see today’. Pictured is the Grade II-listed Boardman’s Windmill on the River Ant, one of seven rivers in the park 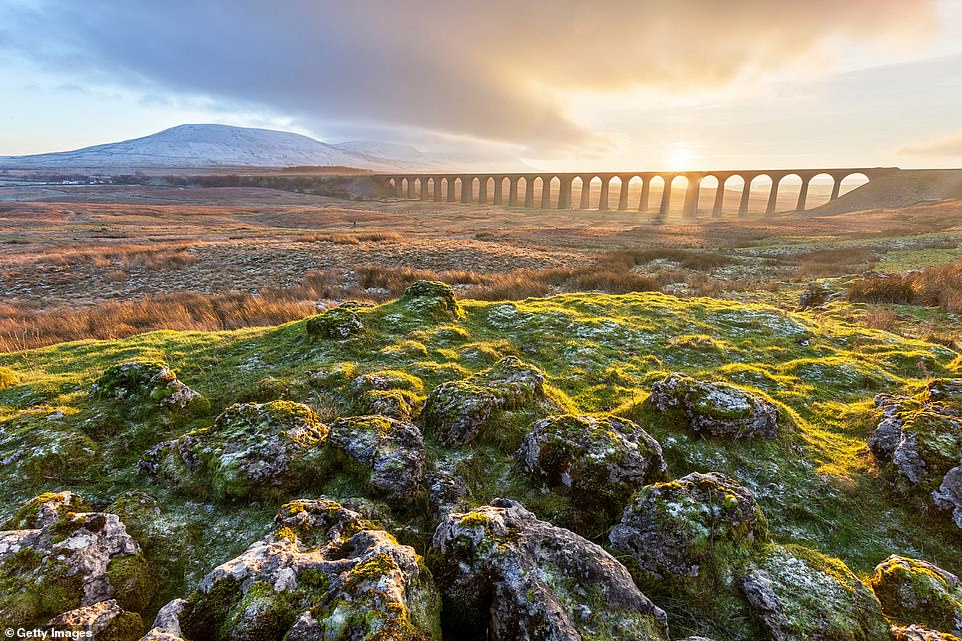 The windswept 841-square-mile Yorkshire Dales National Park was designated ‘in recognition of its extraordinary natural beauty, the diversity of its wildlife habitats, its rich cultural heritage and its fantastic opportunities for outdoor recreation’. It’s a land of heather moorland, stone-built villages, spectacular waterfalls and breathtaking roads (looking at you, Buttertubs Pass) and is home to a moss that grows nowhere else. And for a bonus, there’s the majestic, 24-arch 104ft-high Ribblehead Viaduct, pictured, on the Settle to Carlisle railway