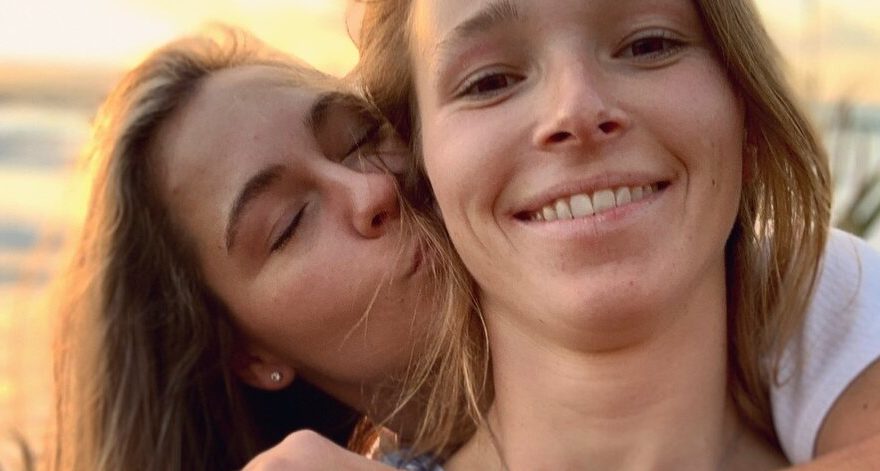 In May 2019, Tereza Canejo traveled from her home in São Paulo, Brazil, to New Jersey to shop for her soon-to-be-born granddaughter and to visit a friend.

That friend convinced Ms. Canejo, who is 56 and divorced, to create an OkCupid account. Soon after she returned to Brazil, the dating app connected her with Robert Roche, Jr., 55, from Toms River, N.J. For months, the two talked and FaceTimed for hours a day. In December 2019, Ms. Canejo returned to New Jersey to meet Mr. Roche, who is also divorced, in person for the first time. The pair exchanged “I love yous” and decided to commit.

When Ms. Canejo returned to Brazil in January 2020, she had no way of knowing it would take 11 months to see Mr. Roche again. 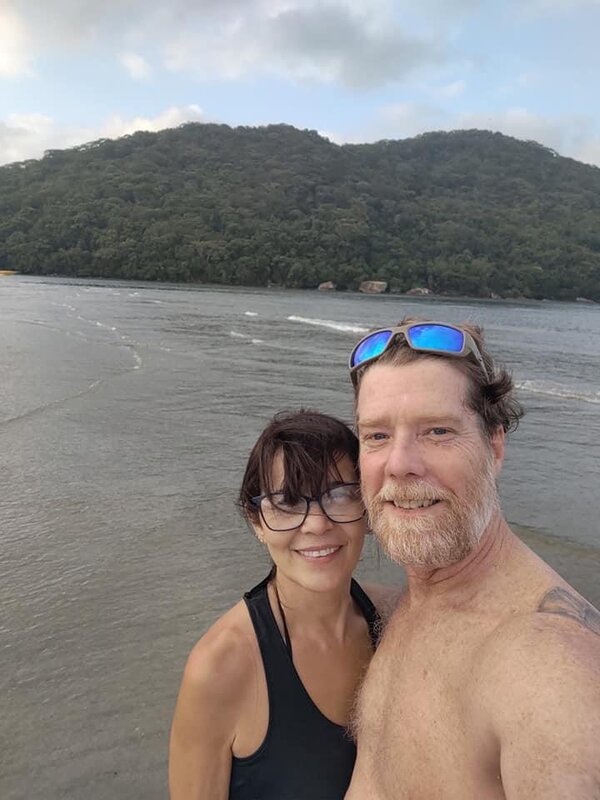 For many binational, unmarried couples like Ms. Canejo and Mr. Roche, that uncertainty has been agonizingly persistent for the past year. Long-distance — especially international — relationships have always been difficult, but the coronavirus has made them incalculably more so. Beyond the frustration of not seeing their partners, these couples have faced locked-down borders, lengthy immigration applications, courtship by FaceTime and tough, tear-filled questions about their future together.

But for many committed pairs, this Valentine’s Day, the first of the pandemic, brings with it a new kind of love story, not about candlelit dinners or rom-com-worthy pillow talk, but about months of unforeseen stress and angst ending in happy reunions.

“Eleven months is a lot, but in 11 months we make our bones stronger,” said Ms. Canejo, who finally welcomed her love to São Paulo on Thanksgiving Day, after the Brazilian borders reopened to international tourists at the end of July.

In March 2020, when countries started banning nonessential inbound travel, travelers around the world found themselves scrambling to get home. Others scrambled to be with loved ones.

Those who were married had a key advantage: Noncitizen spouses of citizens were generally allowed to override the travel bans. Few, if any, such concessions were made for unmarried couples. An outcry on social media — fueled largely by Love is Not Tourism, a global coalition of binational, largely unmarried couples — put the heat on governments around the world. During the summer, several European countries enacted so-called “sweetheart exemptions” that allowed the romantic partners — affianced or not — of citizens to enter with the right documentation.

The “laissez-passer” initiative, France’s version of a sweetheart exemption, allowed Radhika Samaradivakera, a 31-year-old social worker, to travel from Kolkata, India, to the Paris suburbs in late October. By the time she arrived, it had been 368 days since she had seen her beau, Alban Fraval.

The couple met through mutual friends on Christmas of 2018, when Mr. Fraval was traveling around India. They did the long-distance thing for a while, and Mr. Fraval, a 37-year-old facility manager, had planned to spend several months in Kolkata starting in March 2020.

Instead, the pair spent spring and summer longing for each other from their respective countries. Once she received her travel exemption, which involved submitting a trove of documents — shared flight itineraries, hotel bookings with both names on it — Ms. Samaradivakera had to parallel-track the Schengen Visa that’s required for Indian citizens to travel to France.

On top of that, the couple had another lingering fear: a lockdown in France.

“After going through a lot of anxiety and stress for the previous three months with applying for laissez-passer and then visa and leaving my job — and then if I’m not allowed to cross the borders because of the second lockdown — it would have been devastating,” Ms. Samaradivakera said.

After delays with the courier company, her visa arrived on October 28; that evening, she purchased a plane ticket for October 30.

France locked down on October 29, which added another layer of stress.

“They didn’t ask me anything — they just saw my visa and said I can go. So I ran,” she said.

Ms. Samaradivakera and Mr. Fraval married in Normandy last month. She had gotten to France just in the nick of time: The laissez-passer initiative was suspended earlier this month, because of the spread of new coronavirus variants.

Ms. Samaradivakera has since returned to India, but now, as the spouse of a French citizen, she plans to apply for a long-stay visa.

“For both of us, it felt like we had fallen in love for the first time in life,” she said. “And I guess this strong connection between us kept us going.”

‘Covid has tested our commitment to that vow’

But marriage is not the solution for everyone. For starters, if someone were to marry an American citizen, the backlog of immigrant visas to the United States could mean months — or longer — of waiting.

Besides, not every couple wants to get married — ever or now.

Sarka Pancochova, 30, and Kaileen Barley, 34, who have been engaged since August 2019, were in Colorado last April when Gov. Jared Polis signed an executive order allowing marriage licenses to be issued remotely.

Ms. Pancochova, a three-time Olympic snowboarder from the Czech Republic, was in the United States training and Ms. Barley, an American, had flown in from Portland, Ore., to visit her. With the United States and Czech borders mutually closed to each other, the women briefly considered walking down the aisle.

“For Sarka to get her green card and not worry about if she’s going to be able to come into the States or not because of Covid — it was definitely on the mind,” said Ms. Barley of the potential benefits of getting married.

Yet Ms. Pancochova has publicly pledged to abstain from marrying — in any country — until the Czech Republic legalizes gay marriage. A marriage-equality bill has been languishing in Parliament since June 2018.

“Covid has tested our commitment to that vow,” said Ms. Barley, who works in marketing and is the mother of an 8-year-old daughter, Khayla. In June, when Ms. Pancochova left the United States because of an expiring visa, the couple was unsure of when they would next see each other. However, the Czech border reopened to the unmarried partners of citizens in July and in September, Ms. Barley flew to Prague for 20 days.

The couple was again reunited in late December, when — after one failed attempt to get back into the United States — Ms. Pancochova, a professional athlete who trains and competes in the United States, was able to procure a B1 business visa.

She plans to return to the Czech Republic for the Snowboard World Cup in March. With no United States competitions on the horizon for the spring and summer off-season, the two women aren’t sure what’s next. But, for now, the pair remains committed to not marrying.

“There are moments when you’re really over it, but there’s no quitting,” Ms. Pancochova said. “You love the person and you want to be with them, so you push through.”

‘Little did we know we would spend 11 months apart’

When the pandemic began, Isadora Gutekunst, 25, and from Santiago, Chile, was finishing medical school in Buenos Aires; her then-boyfriend, Robin Gutekunst, 31, a real estate broker, was living in Berlin.

“My graduation was postponed, Robin never traveled to Argentina because he was not allowed into the plane,” Dr. Gutenkunst said. “Little did we know we would spend 11 months apart.”

Buenos Aires’s strict quarantine left Dr. Gutenkunst housebound from mid March until the end of June. Over FaceTime in April, during an emotional moment when she seemed particularly despondent, Mr. Gutenkunst proposed.

“All of our plans had been shattered, I was in lockdown away from everyone and I really did not see any hope,” Dr. Gutenkunst said. “Thinking about our future together gave me the strength to go through the rest.”

Chile reopened its borders to most international travelers in November. The next month, a few weeks after Dr. Gutenkunst’s postponed med-school graduation (which Mr. Gutenkunst attended via FaceTime), the pair married in Santiago in the “prettiest, happiest, mini wedding of all times,” she said. They now live in Esslingen, near Stuttgart, and are sorting through some complications with Dr. Gutenkunst’s “family reunion” visa, which will allow her to permanently live in Germany.

“We thought after we were married, it was over with the problems, but maybe it will take more time than we thought,” she said. “But I’m a hundred percent confident it will work out.”

As for Ms. Canejo, her job and family, including her now-toddler granddaughter, are in Brazil, and for now she and Mr. Roche plan to keep things long-distance, reuniting when they can in countries that are open to both Americans and Brazilians. She is also hopeful that the vaccine — which she predicts Mr. Roche will probably get first, given Brazil’s slow rollout — will help change the trajectory for long-distance, binational couples.

“We don’t know what is our next step,” Ms. Canejo said. “But we know that we want to be together — we don’t have doubts about that.”

Sarah Firshein is a Brooklyn-based writer. She is also The Times’s Tripped Up columnist, so if you need advice about a best-laid travel plan that went awry, send an email to [email protected]. 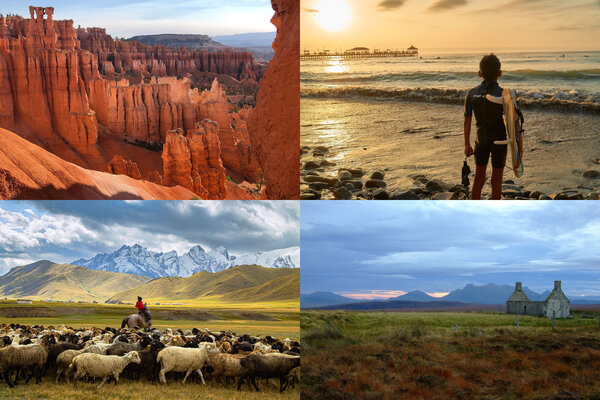 We asked readers to tell us about the spots that have delighted, inspired and comforted them in a dark year. Here, 52 of the more than 2,000 suggestions we received, to remind us that the world still awaits. 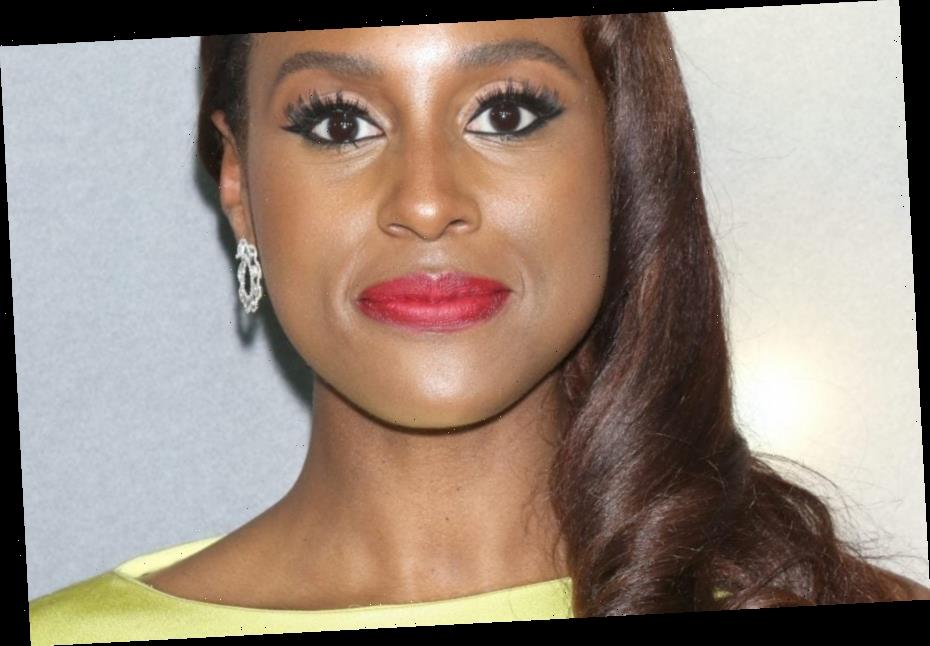