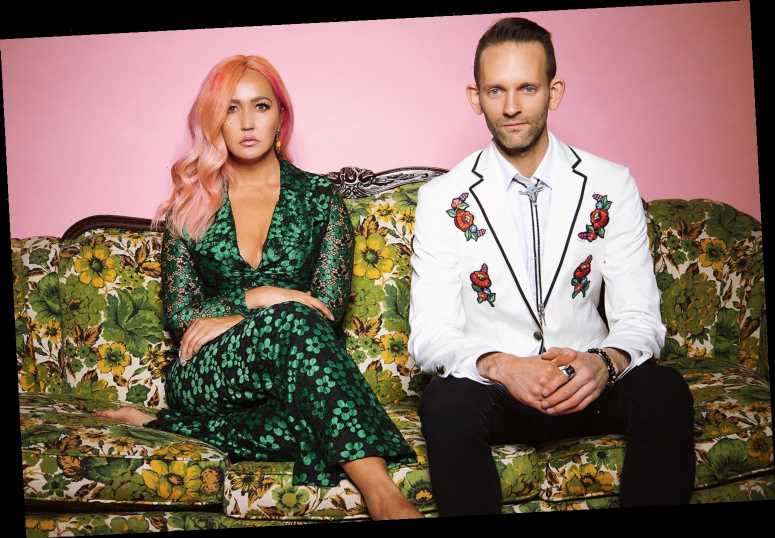 Meghan Linsey and Tyler Cain are okay "going nowhere" as long as they're together.

The engaged country pair Meg and Tyler debut the music video for their song "Nowhere with You," after a difficult 2020 when the two had to postpone their wedding, Linsey's mother faced uterine cancer and their recording studio was practically destroyed.

"It's a song about being happy doing nothing, with the one you love. Obviously, it means even more after the year we've all had," Linsey, 32, tells PEOPLE about the new track.

The fresh music video was shot by Noah Douglass Films in Homer, Alaska right after the two got engaged there in 2019 before the pandemic. "There's so much peace there, it's beautiful," Cain, 35, says.

To PEOPLE, the couple opens up about the devastating year they had, which forced them to both literally and figuratively rebuild.

"That was the worst news," The Voice alum says about her mom's cancer. "My mom had been cancer-free for a few years at that point. We really thought we had left that chapter behind us." The couple had also planned to get married last year, but due to COVID and the Nashville tornado, they were forced to postpone it.

"Our wedding planner lost his home weeks before our wedding. Then a couple weeks later, a wind storm caused a tree to fall through the roof of our recording studio right above the recording console," Cain says. "Our equipment was soaked and it was devastating. We had to move out and start over."

Given Linsey's mom's cancer treatment, their recording studio destruction and the COVID pandemic, the couple had to "surrender to the moment" and postpone their wedding.

Thankfully, the stars were able to receive help from the Academy of Country Music's Lifting Lives Foundation, which helped replace much of their equipment.

"I really can't say enough about the ACMs," Cain says. "They really care about artists."

Now, the couple is planning to have their wedding later this year as they cherish the time they've been able to spend with each other.

"At the end of the day, we not only love each other, but we really like each other, and we know we can get through anything together," he ads. "This song says that perfectly."

"Nowhere with You," which premiered on CMT Monday, is out now.