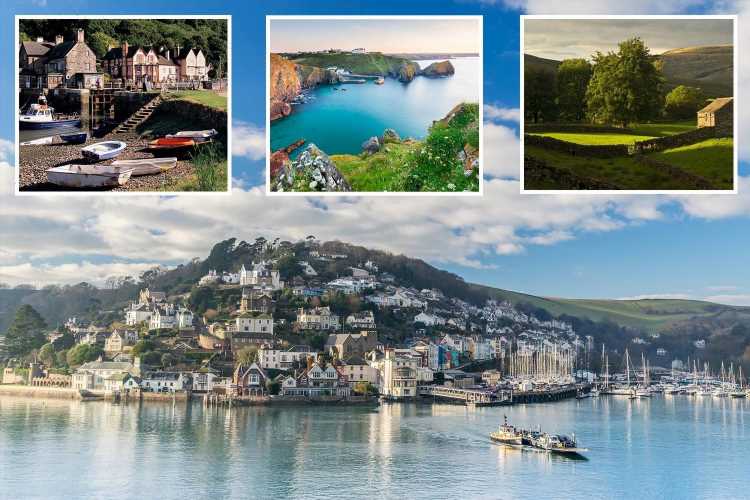 OUR most popular domestic tourist spots will be packed as record numbers holiday at home.

So get off the beaten track and explore Britain’s beautiful villages and small towns. 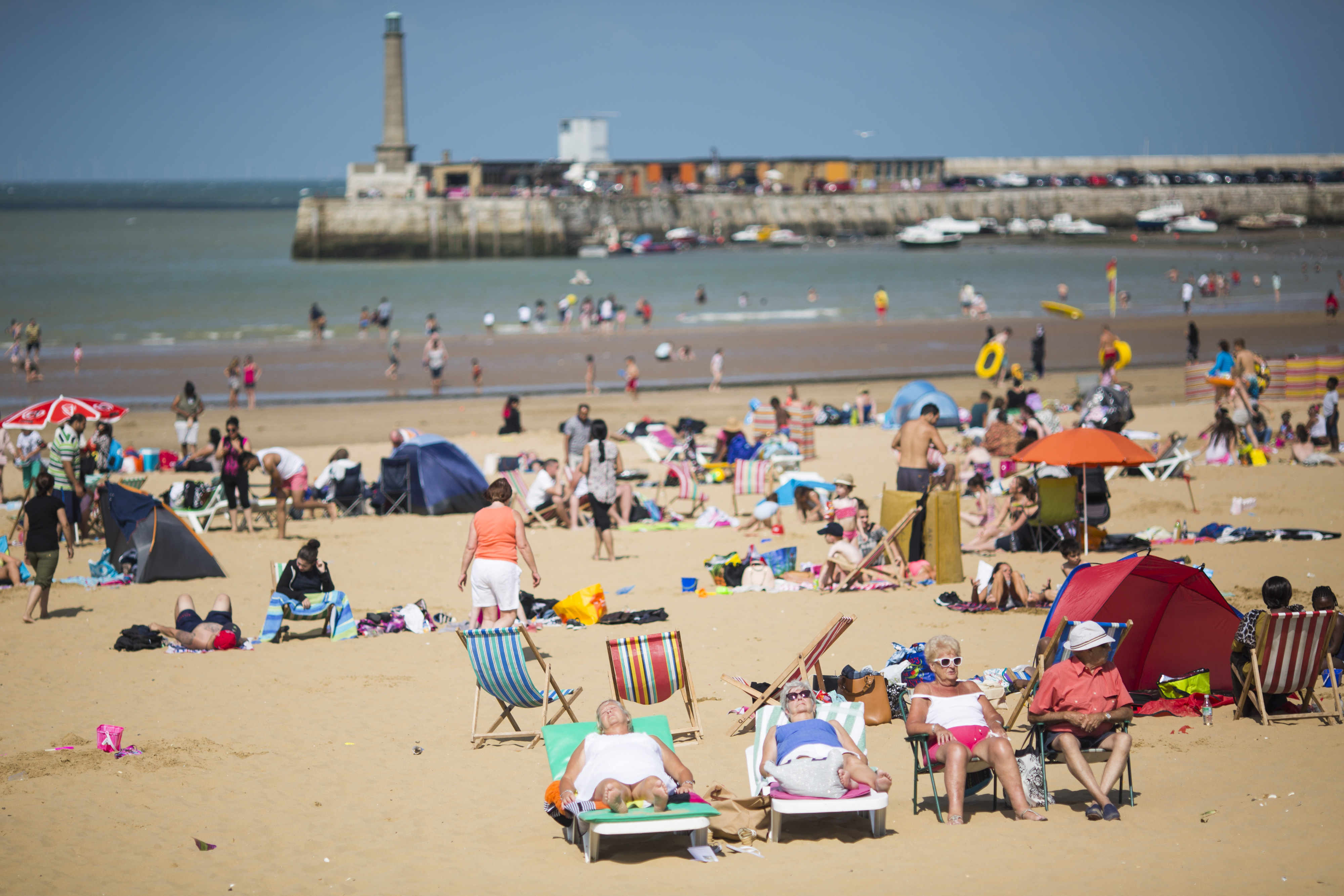 Sophie Swietochowski tours the hidden gems, with some suggestions on where to stay.

STROLLING through the pretty village of Hathersage feels much like stepping into a Charlotte Bronte novel.

It’s not surprising, as this is the village that inspired the location of her classic, Jane Eyre. 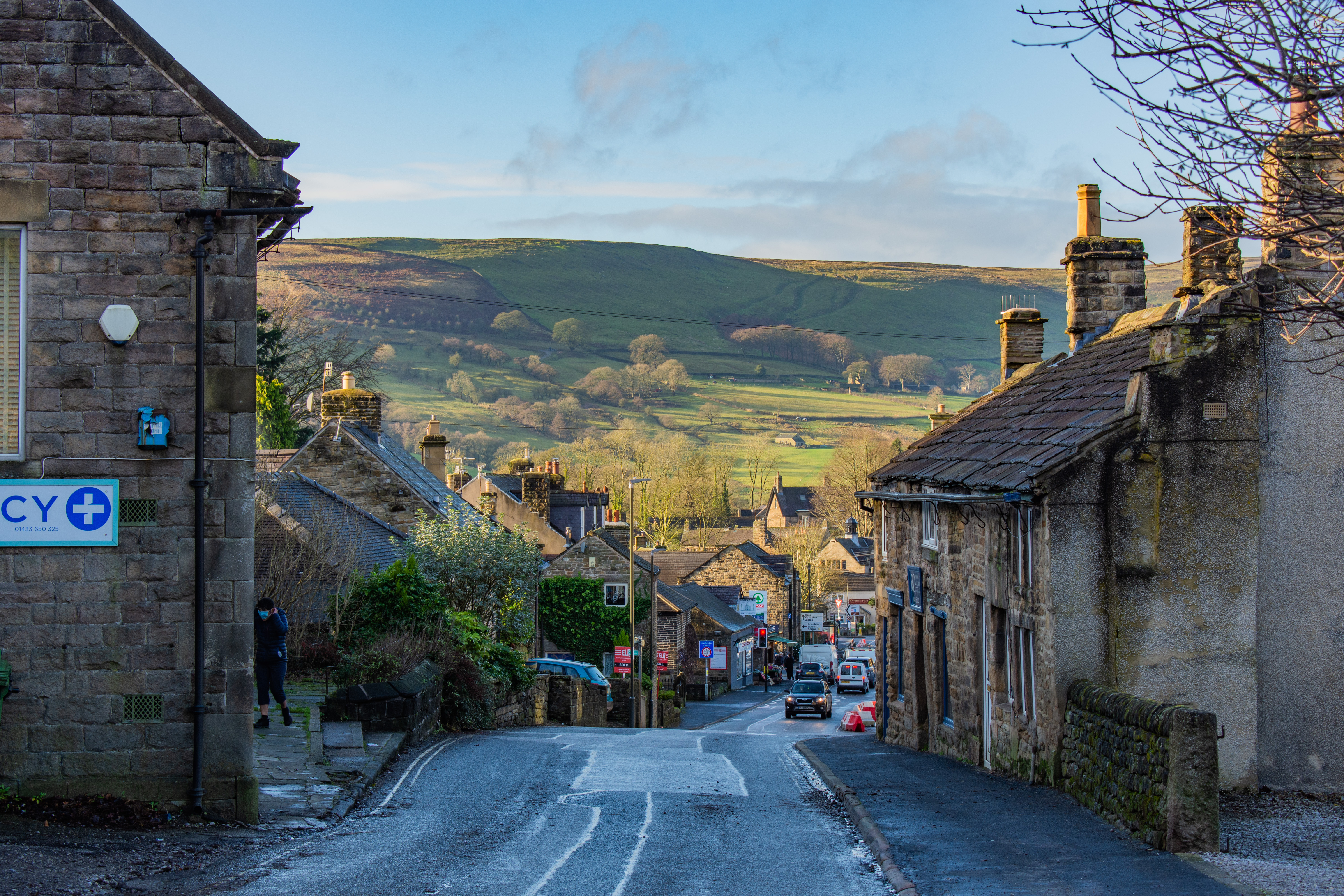 Set on the edge of the Hope Valley in the Peak District, it has some of the finest hostelries in the country, including The Plough Inn that was named Derbyshire Dining Pub of the Year by The Good Pub Guide and is a great place to grab a tasty steak sandwich.

And the local lido is one of the most beautiful in the country if you fancy a dip.

WHERE TO STAY: The Scotsman’s Pack Country Inn has B&B doubles from £95 per night. See scotsmanspackcountryinn.co.uk.

A STONE’S throw from the coast, and within Exmoor National Park, is the medieval village of Dunster.

An ancient castle keeps watch over rows of higgledy piggledy houses, a working water mill and a yarn market. 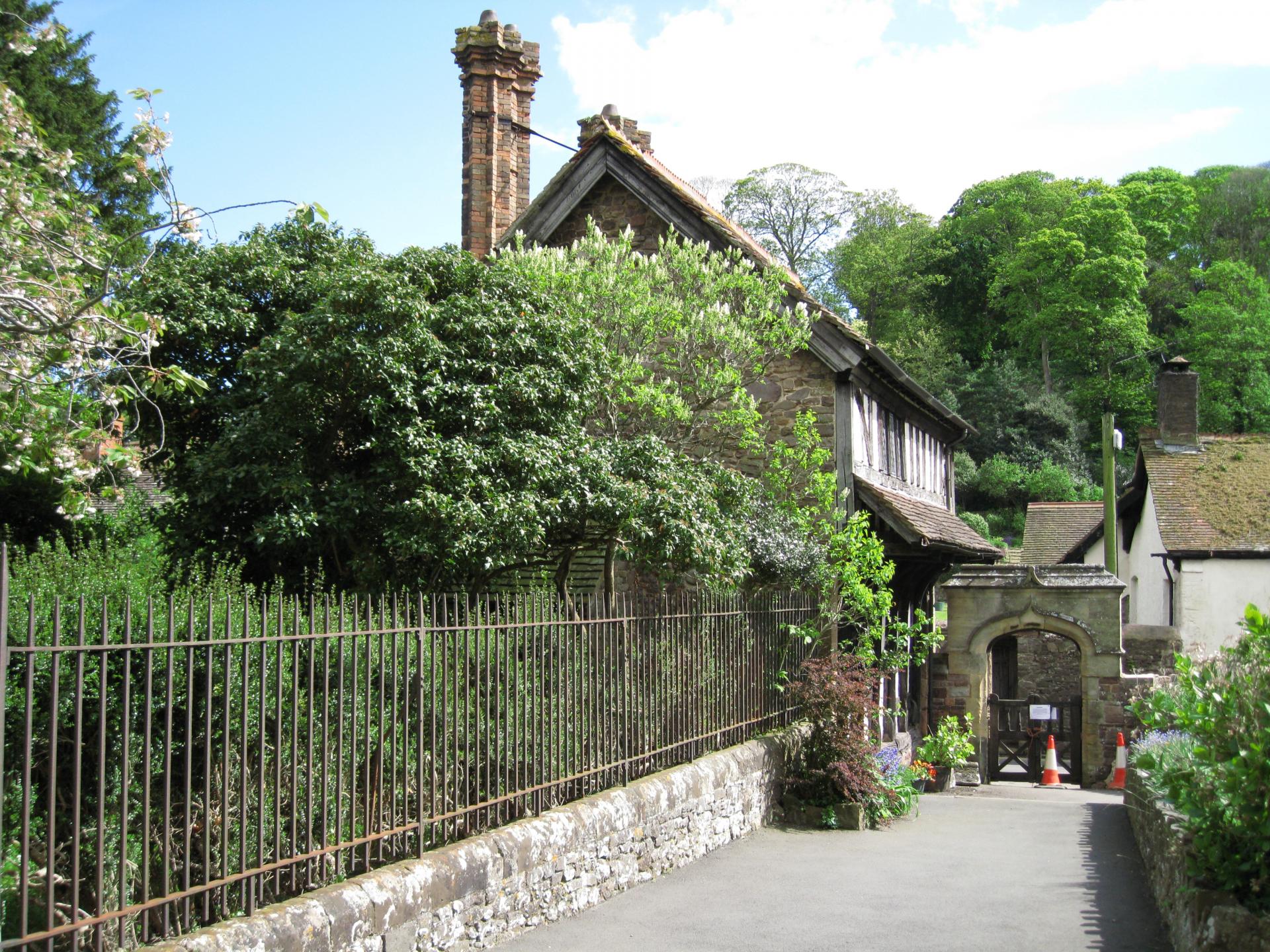 Despite scars from the Civil War, much of the castle remains intact and visitors can explore the rooms and vast grounds (tickets cost £20 at nationaltrust.org.uk).

A short walk to Nutcombe Bottom will lead you to England’s tallest tree, a 61-metre Douglas fir.

Pause for a cuppa at one of the many Victorian-style tea rooms or head to The Stags Head Inn for chicken poached in cider or “posh” macaroni cheese.

WHERE TO STAY: The Luttrell Arms has B&B doubles from £135 per night. See luttrellarms.co.uk.

MANY spots along the Cornish coast boast breathtaking views. But with dramatic cliffs and turquoise seas, Mullion takes top spot.

On the west of the Lizard Peninsula, the village is buzzing with seaside cafes, quirky shops and art galleries. 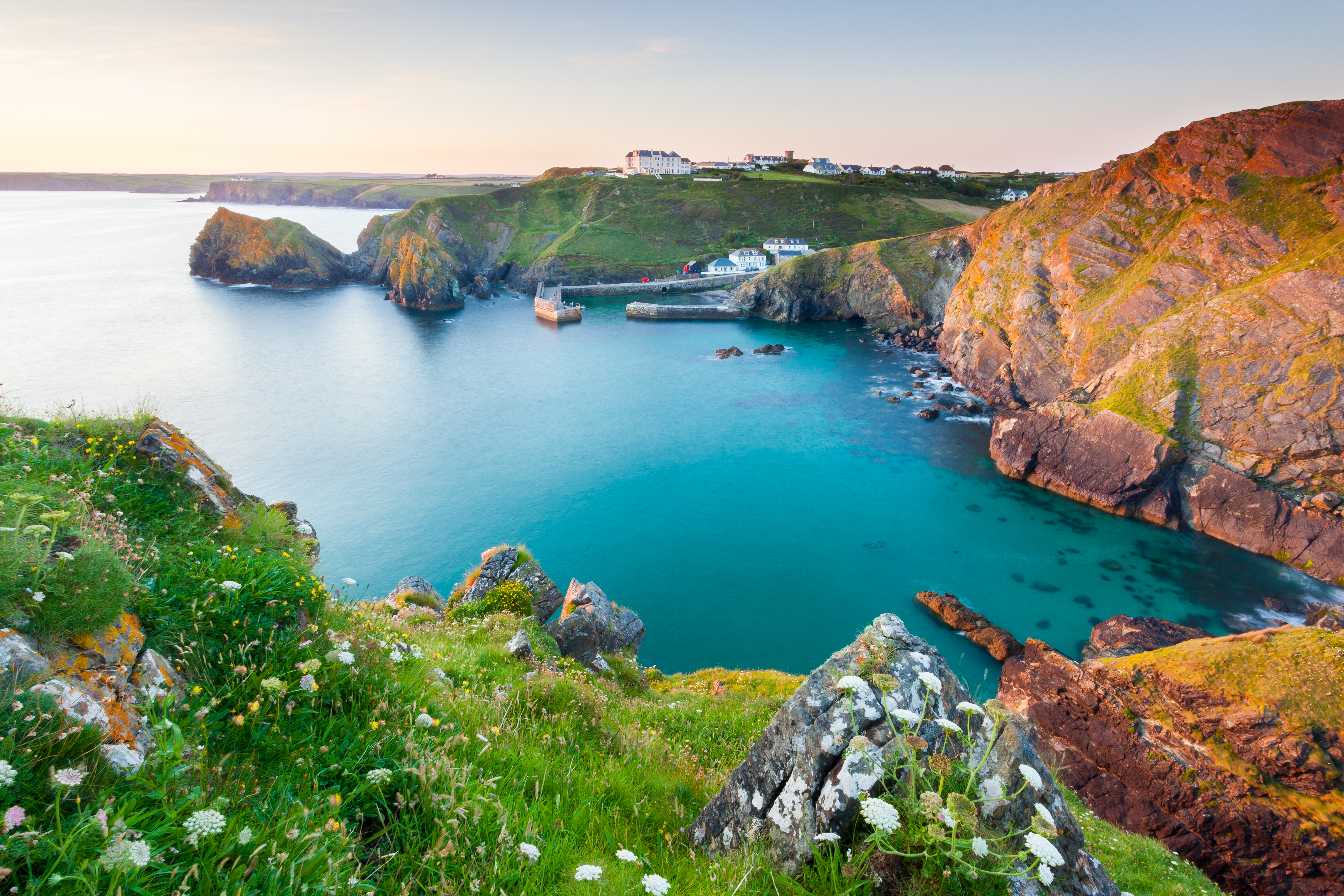 Stroll around the harbour, where local fishermen set off to catch mackerel and pollock, or take a horse ride along the coastal paths at Newton Equestrian Centre (from £20).

At the centre of the village, The Old Inn does cracking homemade pies and Scotch eggs.

PORLOCK is a nature lover’s dream, where birds flock over salt marshes backed by woodlands.

Hike across the moorland past grazing red deer and ponies. At 520 metres, Dunkery Hill is a tough climb but you will be rewarded with spectacular views over Exmoor to the Bristol Channel. 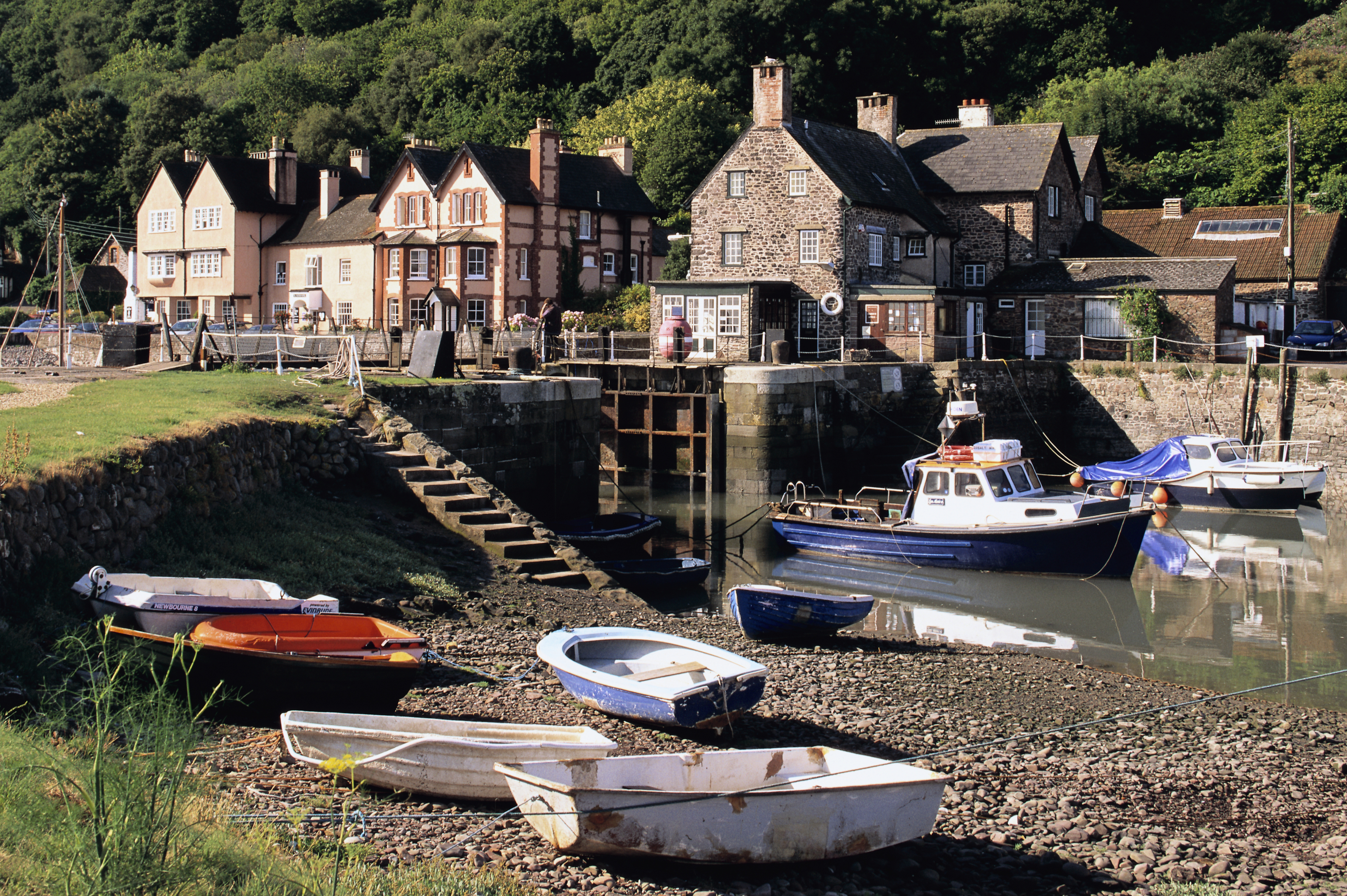 In the bay, a revived oyster fishery flourishes and you can feast on them at the Porlock Weir Hotel, where they are served baked in crab butter with pickled cucumber and creme fraiche. For local cider and homemade burgers, head to The Ship Inn nearby.

THIS is the home of Wensleydale cheese – favourite food of Wallace and Gromit. The quaint market town occupies a prime spot in the Yorkshire Dales.

Every Tuesday the streets are taken over by a buzzing market where artisans sell food and other goods. 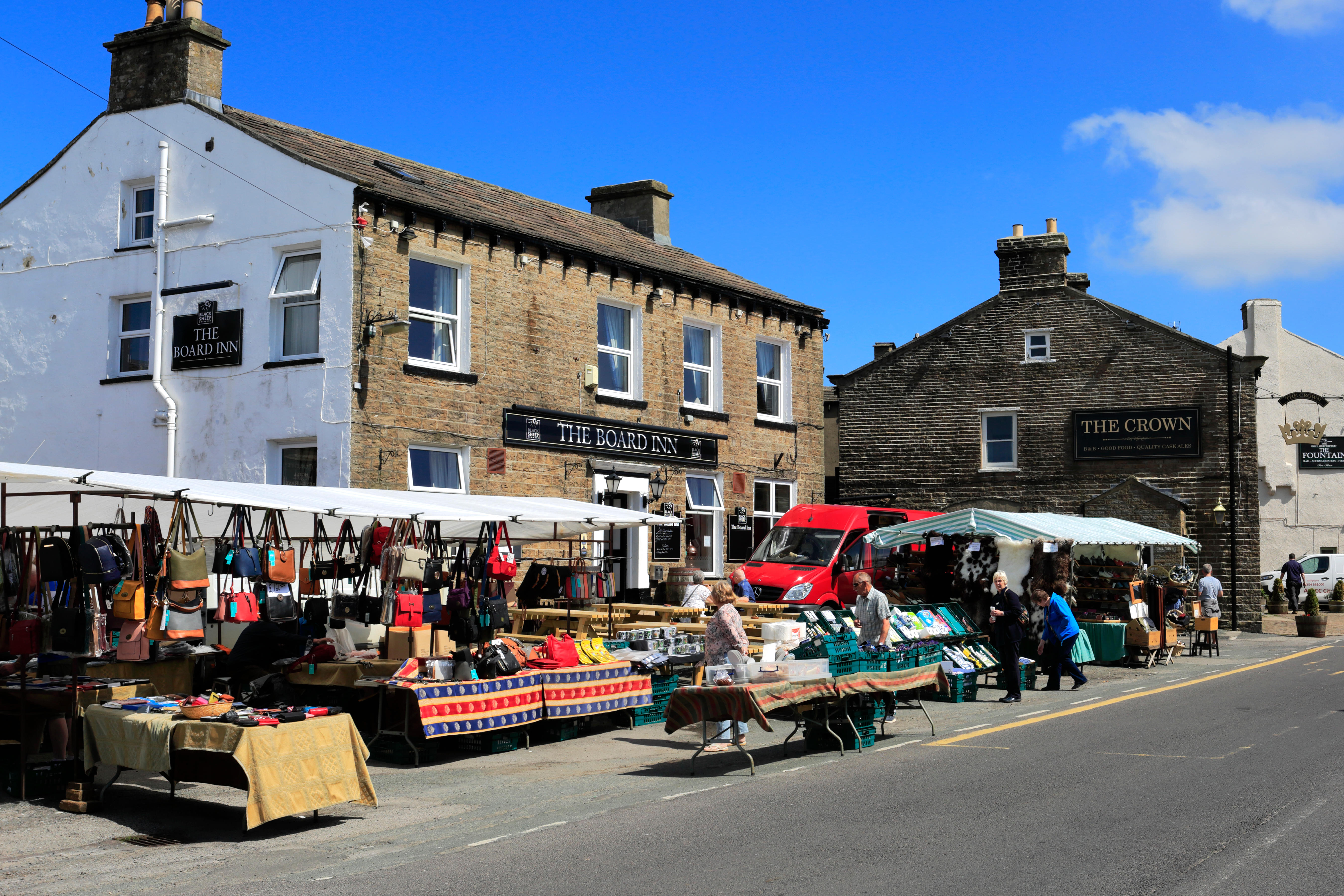 It’s a short walk to the old railway station that is now part of Dales Countryside Museum (£4.80 for adults).

Pop into the Wensleydale Creamery on Gayle Lane for cheese-making demonstrations or wander north to Hardraw Force, one of England’s largest waterfalls.

Meander along the Pennine Way to The White Hart Inn which has rooms to let and does a tasty picnic platter of ham hock terrine, pork pie, pickles, and of course, Wensleydale cheese.

WHERE TO STAY: Check into the pub, which has room-only doubles from £120. See whiteharthawes.co.uk.

FERRY boats bob in the docks while rows of colourful houses overlook the River Dart in the little village of Kingswear.

The best way to see the surrounding countryside is by steam train. 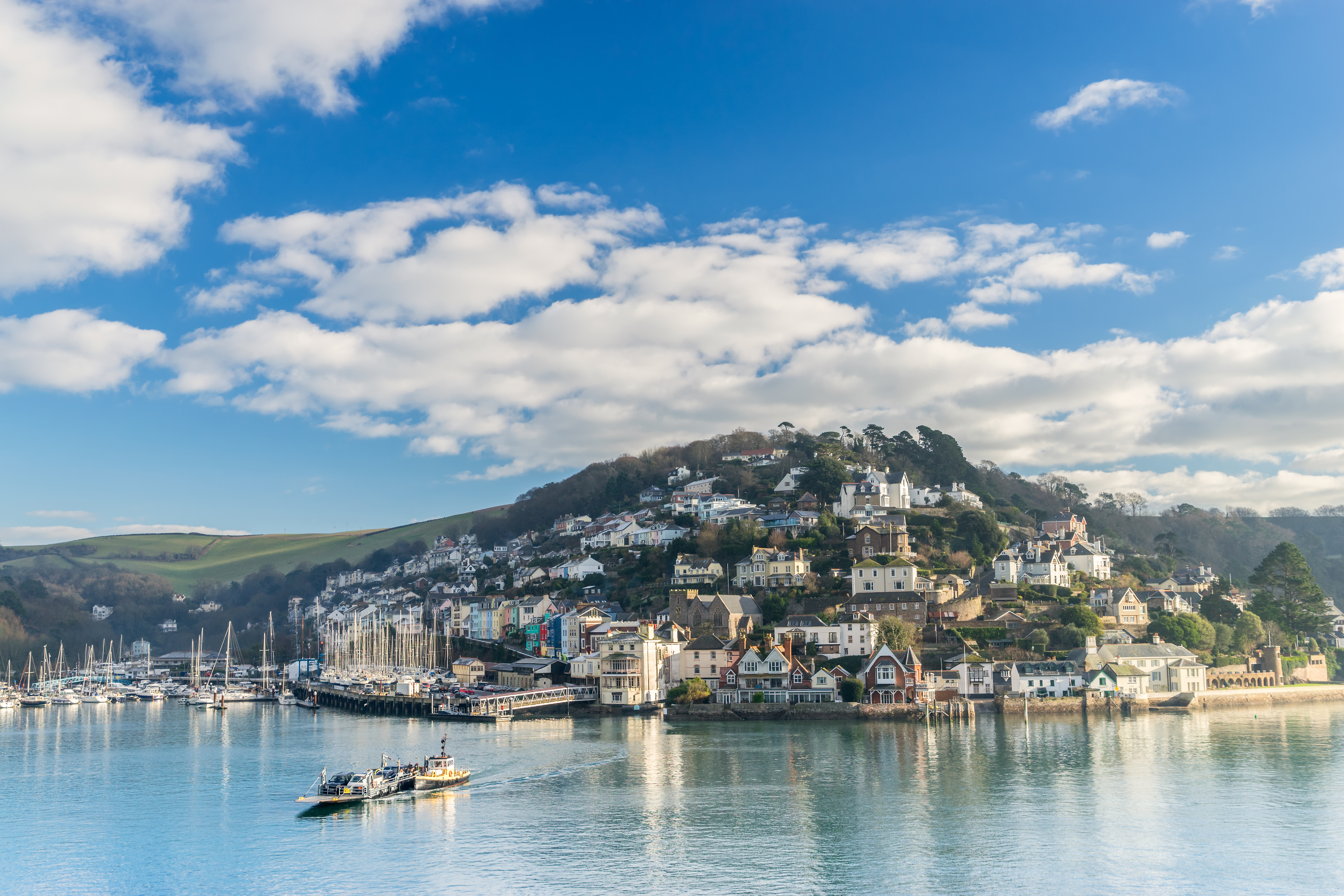 A short walk from the station, The Steam Packet Inn dishes up stonebaked pizzas dripping with cheese and delicious toppings.

Back in Kingswear, hike along the South West Coast Path to Coleton Fishacre, a 1920s National Trust property with lush gardens and an art deco country house.

WHERE TO STAY: Catch the ferry over to Dartmouth and check into 24 Lake Street, a cottage that sleeps five, self-catered, from £497 for two nights. See coastandcountry.co.uk.

THIS tiny fishing port on a remote edge of northern Cornwall made headlines in 2004 when floods washed cars out into the sea.

These days, tranquility has returned and it has become a popular spot for artists to paint. 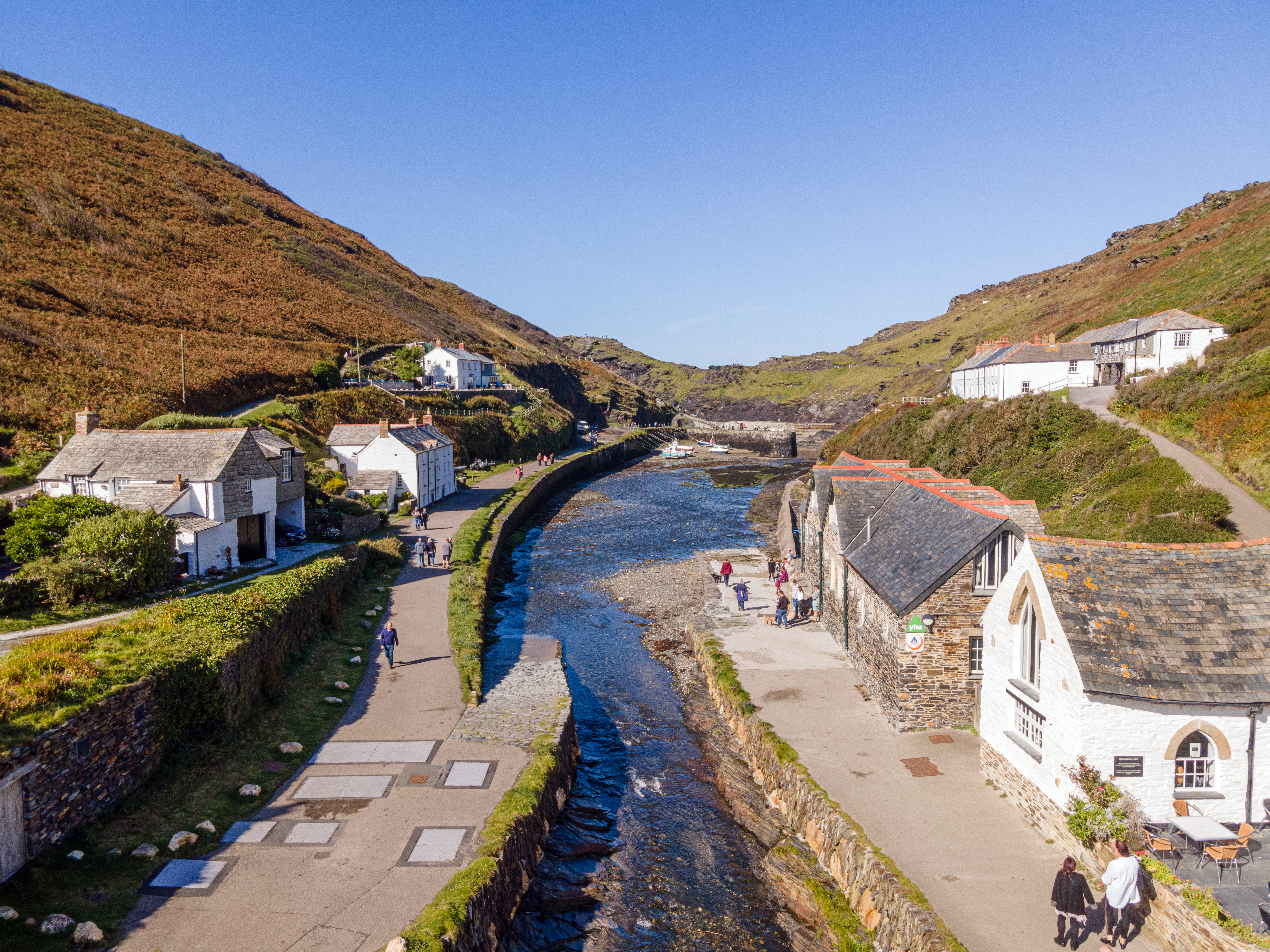 Take a boat trip around the coastline to spot puffins, razorbills and seals before calling in at the witchcraft museum, overlooking the River Valency.

Learn how spells were cast and flick through potion books (tickets from £7). Just up the road, The Cobweb Inn does great burgers, pizzas and fish and chips.

WHERE TO STAY: The Old Parsonage has B&B doubles for £246 for two nights. See old-parsonage.com.

IN the heart of the Peak District, Castleton makes a great base for ramblers.

One of the best routes is the climb up Mam Tor, meaning Mother’s Hill, which has cracking views from the 517-metre peak. 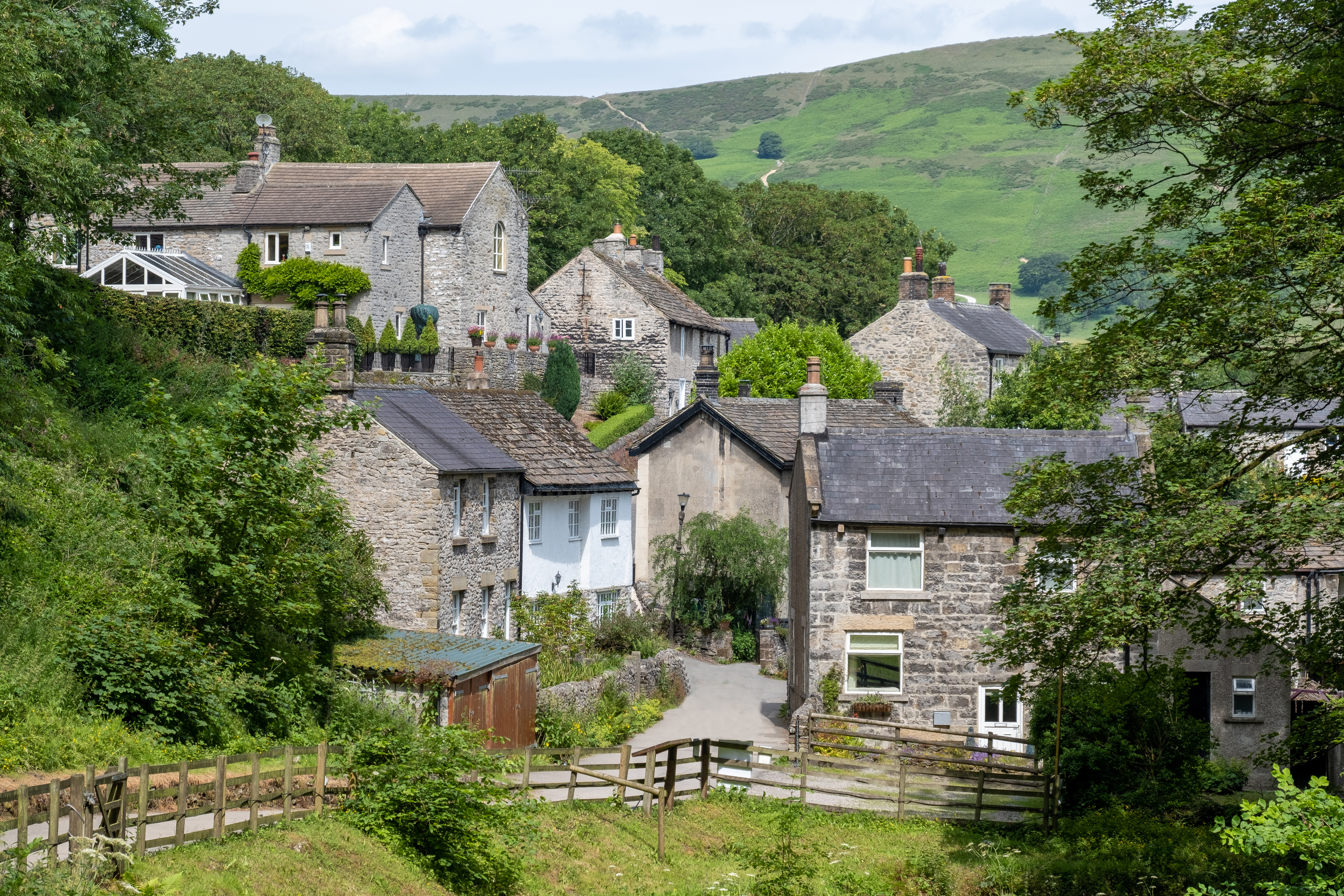 Rest weary limbs in the garden at The George pub, tucking into local ales and classics such as homemade beef-and-ale pie and scampi.

Make time to explore the eerie underground caves by boat at the Speedwell Cavern (tickets from £25). The tour takes you 200 metres below ground to a cathedral-like cavern and a subterranean lake known as the Bottomless Pit.

WHERE TO STAY: Ye Olde Nags Head has B&B doubles from £65. See yeoldenagshead.co.uk.

THIS stone-built village is one of the most charming you will find, not least because of its beautiful location in Snowdonia National Park.

There are great walks from the doorstep but the highlight has to be the riverside ice cream parlour selling salted caramel banana splits and award-winning sorbets. 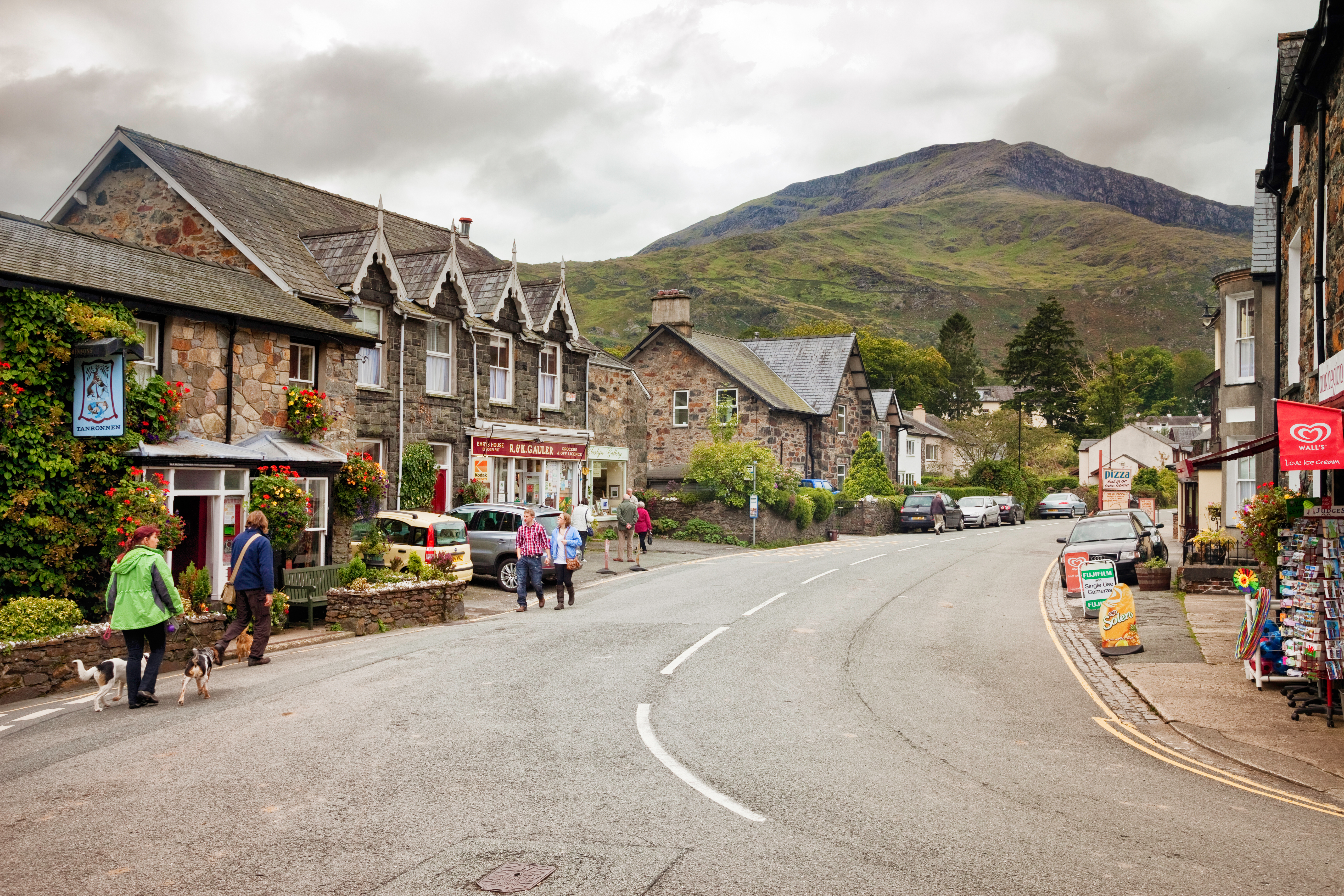 Take a stroll to Gelert’s Grave, a monument that legend claims is the resting place for a beloved dog, Gelert, who belonged to Welsh prince Llywelyn the Great.

Opposite the tiny bridge, a cosy hotel and pub named after the prince serves tasty chicken, steak and veggie pies.

WHERE TO STAY: Noddfa Cottage sleeps five, self-catered from £395 for two nights. Find out more at sykescottages.co.uk.

THE large village green is surrounded by three pubs and a pretty church.

Arrive on a Friday and you will find the green taken over by the popular weekly market, where traders sell local artwork and other goods. 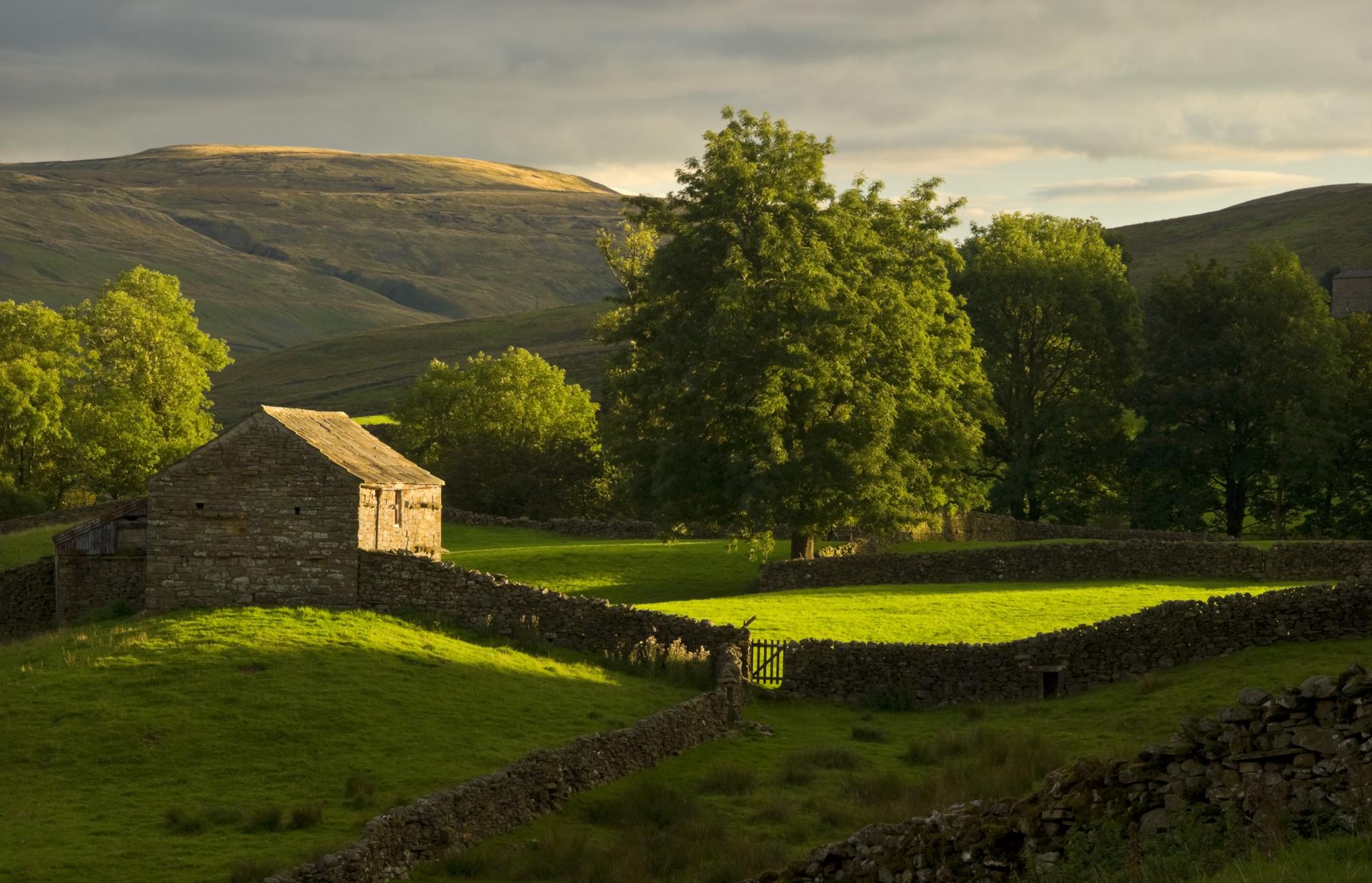 Spend the weekend exploring the nearby countryside on two wheels. Bikes can be hired from £30 a day at the Dales Bike Centre in nearby Fremington.

Pros should take on the 11-mile climb to The Tan Hill Inn, which sits at 1,732ft in the Yorkshire Dales and is one of the country’s most isolated pubs. You will have earned its celebrated barbecued lamb chops and ale.

WHERE TO STAY: The Burgoyne Hotel has room-only doubles from £138 per night. For details, see theburgoyne.co.uk.