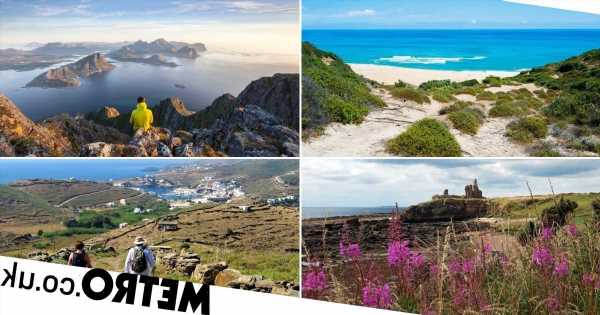 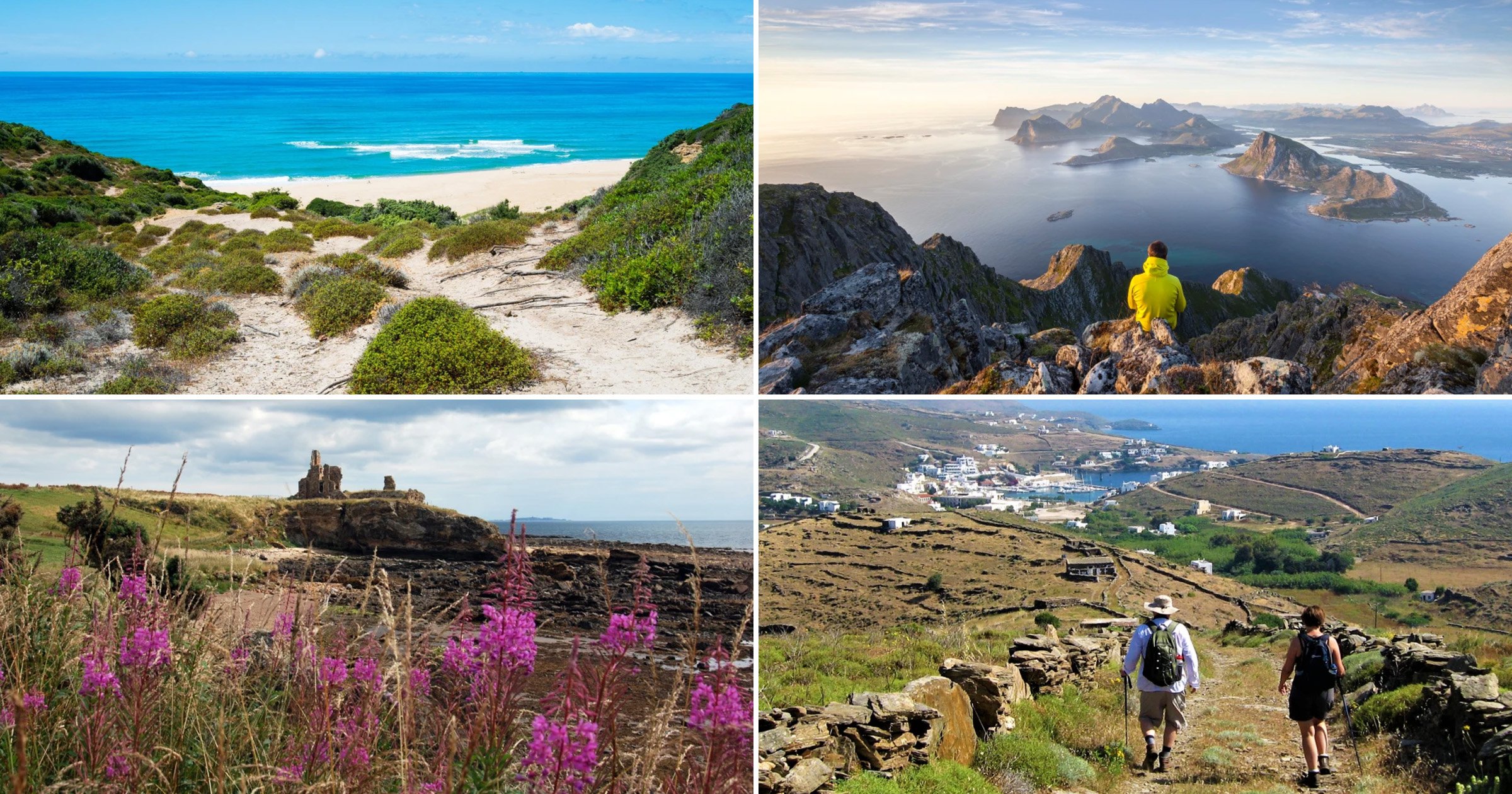 Lying by a pool all summer long does sound quite lovely, but what do you do if you’re craving some adventure from your holiday?

If you want really see what a place has to offer and get active at the same time, an intrepid walking tour is just the ticket.

It’s the best way to see all of the most scenic spots and feel at-one with nature while sleeping under the stars (or if you prefer, a comfy hotel).

Whether it’s striding to secret Sardinian beaches or wild camping by a fjord, these hiking trips all offer a shore-fire thrill.

Day one of Much Better Adventures’ trekking tour of Norway’s Lofoten Islands decidedly sets the tone.

After a four-mile walk, guides will help you abseil down a 30m rock face to the chosen lunch spot.

Launching this year for groups of up to 12, the trip’s remainder promises classic Norwegian fjords and wonderfully white seasides on which you’ll also camp. You’ll cook around bonfires as the midnight sun provides its unstinting light.

Reasonable fitness is required for this one.

Six nights start at £1,065pp, full board, including all transport and camping kit, available May-September via Much Better Adventures. Return flights to Leknes from £450 via Lastminute.com.

You’ll stay in two small, independently run hotels amid farms while hiking along the ‘wild south-west’ of Sardinia.

The 60m-high sand dunes are a standout, as is Scivu’s beach and the Carthaginian-Roman temple at Antas.

Seven nights from £937pp, B&B, including flights, all transport, luggage transfers and route notes, available until June 20 or between August 29 and October 17 via Just Sardinia.

Despite being a lesser-sung Greek island, small Kythnos throws in hot springs, ruined castles, countless chapels and the large Katafiki Cave with stalagmites and ‘rock curtains’.

Connecting it all is a network of paths, many of them fringing the sea.

The relaxed itinerary lets you lie on beaches and enjoy taverna fish dinners.

Among accommodation choices for your base, the 12-room Messaria stands out for its breakfast specialities.

Seven nights from £985pp, half board, including flights, transfers and guiding, available until the end of October via Sunvil.

Eastern Scotland’s historic county of Fife is almost entirely ringed by water, resulting in a bevy of coastal trails.

Sandy shores vie for attention too, as do bluebell woods. Look for dolphins from Largo Bay and ask in Pittenweem about St Fillan, a cave-dwelling 7th-century saint who supposedly wrote using the God-given light of his glowing arm.

The final two nights are spent in St Andrews, whose Old Course hosts golf’s 150th Open Championship from July 10 to 17.

History and islands in Northern France

Highlights on new self-guided tours include the Isle of Gavrinis’ megalithic dolmen-cum-burial chamber and Port-Blanc’s twisted chestnut tree, which is more than four centuries old.

Seven nights from £780pp on a B&B basis, including return transfers from Vannes, luggage transfers, four other meals and route notes, available year-round via Responsible Travel. Return trains from London to Vannes from £241 via Rail Europe.