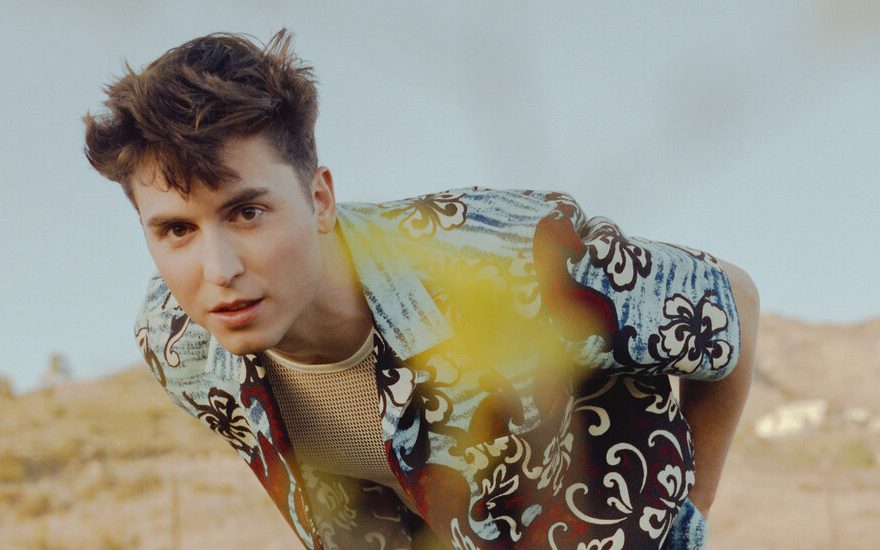 Benito Skinner was born and raised in Boise, Idaho, but has long felt destined for Hollywood, by way of a stint in New York City.

“There’s space, and I just needed to fit more of my wigs and costumes in my apartment,” he said of his new West Hollywood rental.

The 27-year-old writer, actor and digital creator, known on Instagram, TikTok and Twitter as Benny Drama, moved to California during the pandemic to expand his career as a sketch artist and comedian — a word he is still barely comfortable using to describe himself. (“It’s like the scariest word in the world, but I do feel like a comedian,” Mr. Skinner said in a recent interview. “That is something that I would never tell, like, a straight man, because then they want to hear a joke.”)

Like many internet-incubated talents, Mr. Skinner worked a day job (as a video editor) while building his following, honing a brand of comedy that pulls heavily from celebrity impressions, including of the Kardashian clan, Lana Del Rey and Shawn Mendes.

He also plays a variety of characters he dreamed up himself, including Jenni the hairdresser, a consummate oversharer who smacks her gum and rips out grays; Kooper the intern, who is egregiously unaware of how to behave professionally at work; and Throat Rippin’ Annie, a deranged chain-smoking, beer-drinking, gun-wielding version of an adult Little Orphan Annie. 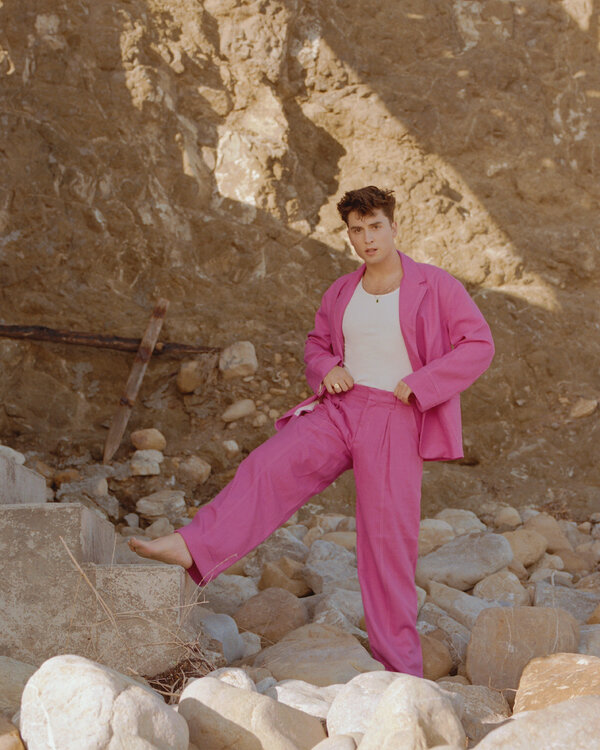 At a time when teasing humor, especially parodies of celebrities who can easily seem like caricatures in their public-facing lives, can look cruel or bullying, Mr. Skinner has mastered the fine art of mocking people without dragging them through the mud. It often feels like they could be in on the joke. Sometimes they actually are.

The Kardashians, for example, routinely praise Mr. Skinner’s parodies of their show on Instagram — despite the fact that Mr. Skinner portrays Kris Jenner, the family matriarch, as an evil puppeteer, complete with red taloned devil hands. And Ms. Jenner made a cameo as herself for a parody video Mr. Skinner made marking the final season of “Keeping Up With the Kardashians.”

“Kris is the most fun for me to do because I was able to give her a full other story,” he said. “I leaned into this internet perception of her that the devil works hard, but Kris works harder.”

His videos of personifications of the astrological signs also routinely go viral. One, in which he plays the different astrological signs coping with life in quarantine, had more than 1,000 comments within three minutes of being posted, Mr. Skinner said, a first for him. It featured a Virgo dressed like Hannibal Lecter obsessively cleaning; a Libra styled as Kim Kardashian saying she’s going to medical school to save people; and a Cancer having an emotional breakdown after convincing themselves that everyone hates them.

Though Mr. Skinner has begun writing and producing bigger projects, including a pop culture podcast with the comedian Mary Beth Barone called “Obsessed” and Halloween special that featured the band Haim and Drew Barrymore, his process remains scrappy.

He is almost always the writer, stylist, makeup artist, director, video, sound and graphics editor for his sketches. Sometimes Mr. Skinner’s boyfriend, Terrence O’Connor, and their friends help out.

Growing up in Boise, Mr. Skinner hid that he was gay. He knew that his family would support him, but thought that if people at school knew, life would only be difficult. As a result, he steered clear of performing (or dressing up as Lindsay Lohan in the movie “Confessions of a Teenage Drama Queen” or as Lady Gaga in her 2010 “Telephone” video, the way he wanted), he said, and played football and “absolutely hated it.”

“Sometimes if I’m on a set and something’s taking a long time or difficult, I’m like, ‘It’s OK, I played football. I can honestly do anything in this life because nothing could be more opposite of my liking or core being.’”

It wasn’t until he was studying film at Georgetown University that he began to feel more comfortable writing stories and being in front of the camera, both things he’d enjoyed doing as a child. Through learning about queer characters in media and finding friends who he thought he could be himself with, Mr. Skinner felt comfortable enough to come out at 22.

“My work is me kind of taking the reins of those things and taking the power back,” Mr. Skinner said. Many of his characters are manifestations of his love of pop culture and the queer icons that he admired, secretly, while growing up. He wants “other kids who are growing up in Idaho and other places that aren’t New York City or L.A. to feel like there’s someone out there who is doing it and it’s being celebrated and that there is a light at the end of the tunnel,” he said.

At the onset of the pandemic Mr. Skinner was living in New York and initially unsure about whether it would be insensitive to keep posting almost daily videos as news reports of people dying rolled in. But people stuck at home and afraid were requesting more of his videos and were in search of laughter and joy, so he delivered.

He introduced new characters, reprised some old classics and revisited even older sketches he’d written but not followed through on, like a parody “sequel trailer” to “Call Me by Your Name,” which he’d written some three years earlier.

“I was like, OK, we’re going to dig into the archives because I know the dolls need new video this week and, you know, and it made me feel better, too,” he said.

Mr. Skinner’s impressions of Timothée Chalamet and Billie Eilish have been hits. But not all fans like to see their favorite stars parodied, regardless of whether it is meant in good fun.

“It’s been an interesting thing of stans just interpreting something and being like, ‘This is the devil’s work,’” Mr. Skinner said. “I’m like, ‘No, it’s literally an impression. I promise this isn’t like coming from a terrible place.’”

Mr. Skinner didn’t specify which celebrities and fans haven’t been receptive, but a scan of his accounts shows fans of Shawn Mendes being particularly displeased. They saw, for example, a Mendes impersonation — cut with footage of astronauts from the space station — as disrespectful to the actual event that Mr. Mendes participated in with the astronauts.

Mr. Skinner said he only parodies people whose work he enjoys. And he tries his best to imagine his videos through a very earnest lens to avoid hurting feelings.