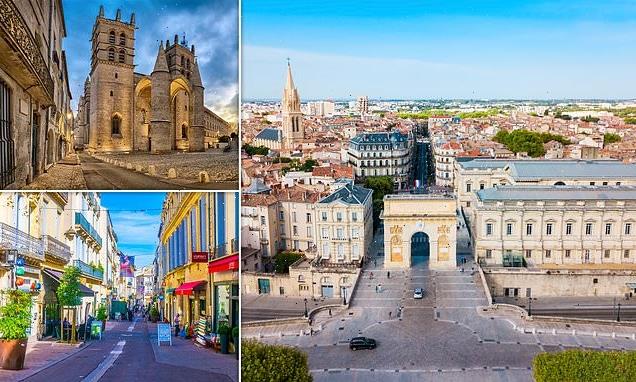 Cool rooftop bars, sunny beaches within cycling distance and its very own Arc de Triomphe – here’s how to discover Montpellier’s many surprises

Every week our Holiday Hero Neil Simpson takes an in-depth look at a brilliant holiday topic, doing all the legwork so you don’t have to. This week: mini-breaks in Montpellier.

Not many city breaks let you climb a triumphal arch celebrating the life of the Sun King Louis XIV, swim in a pool designed by Philippe Starck and ride a tram with a livery created by Christian Lacroix.

But Montpellier in the South of France promises plenty of surprises and Gallic style.

Set on the edge of Provence and minutes from the Mediterranean, this sunny, university city has one of the youngest populations in France and is a growing hotspot for foodies, entertainment and culture. 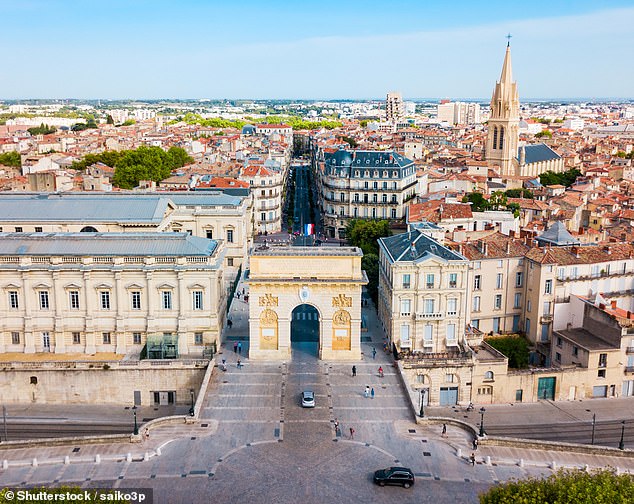 Head on a mini-break to Montpellier, a city in the South of France that has its very own Arc de Triomphe (pictured) 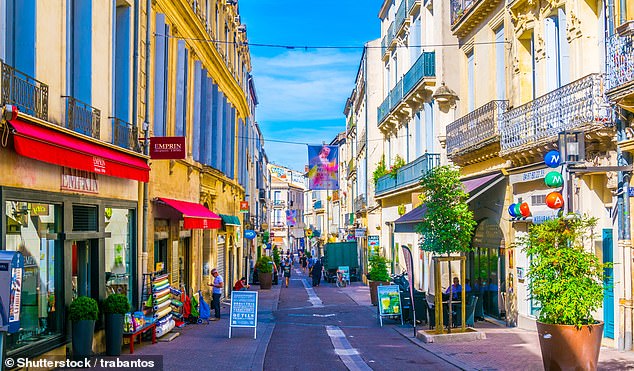 Montpellier, a growing hotspot for foodies, entertainment and culture, promises plenty of surprises and Gallic style

Perfect days begin with coffee, croissants and people-watching from a grand cafe on the old town’s Place de la Comedie. The tourist office on the square can arrange guided tours through streets described as ‘Paris in miniature’ to the top of the city’s very own (but a bit smaller) Arc de Triomphe.

Art-lovers can view extensive collections with Raphael, Delacroix, Rubens and Reynolds in the Musee Fabre, or explore the Mo.Co museum of contemporary art.

Montpellier is also home to one of the oldest medical schools in the world, the Faculty of Medicine, which has its origins in the 12th Century and features a garden where medicinal herbs are still grown. 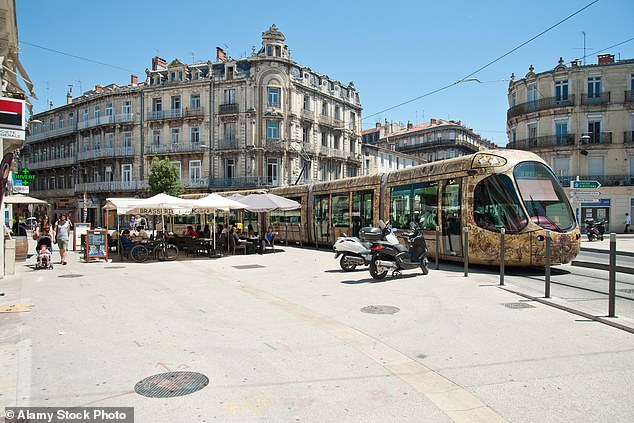 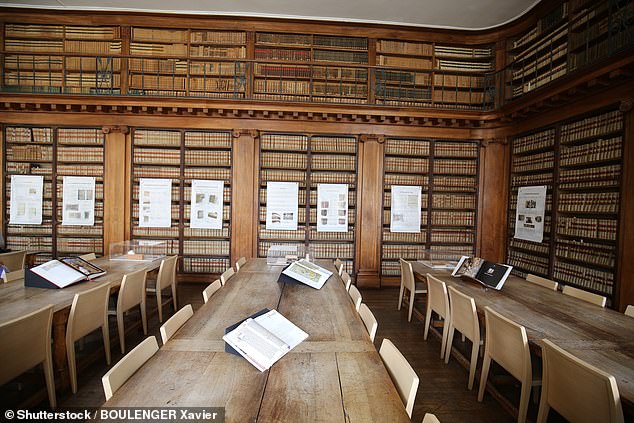 Above is one of the oldest medical schools in the world, the Faculty of Medicine, which has its origins in the 12th Century 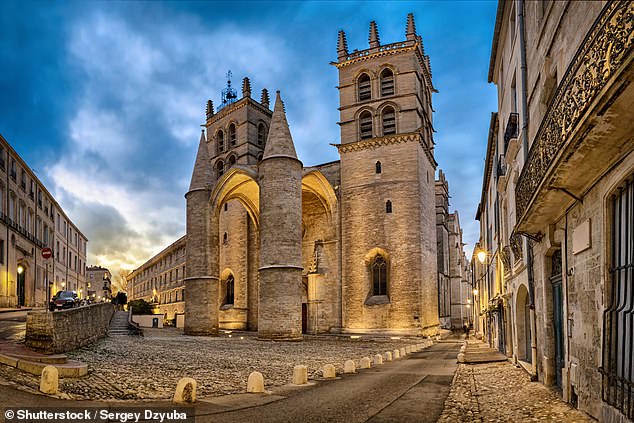 With plenty of benches set in the shade of tropical trees, it lends itself to an urban picnic when temperatures rise. Or escape the heat inside the sprawling Gothic cathedral, flanked by huge fortress-like pillars at the door.

Modern trams can whisk you to the sea, or pedal to the beach using the city’s bike-rental scheme (about £5 a day), watching out for flamingoes in the wetlands on the pancake-flat, 45-minute ride to the coast. 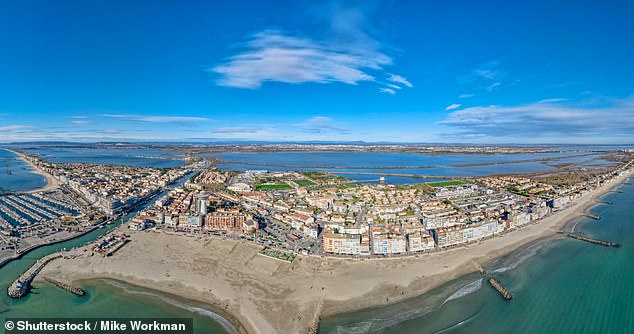 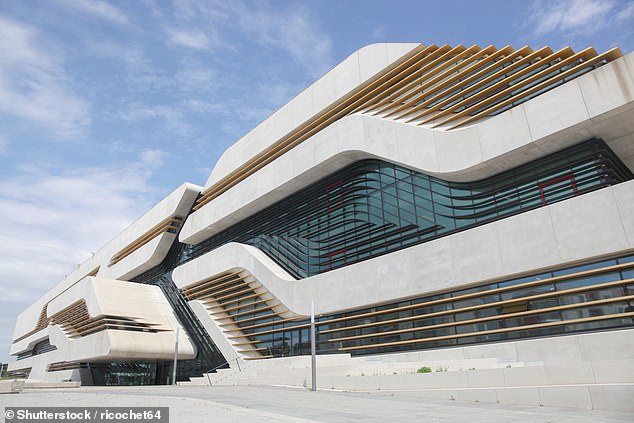 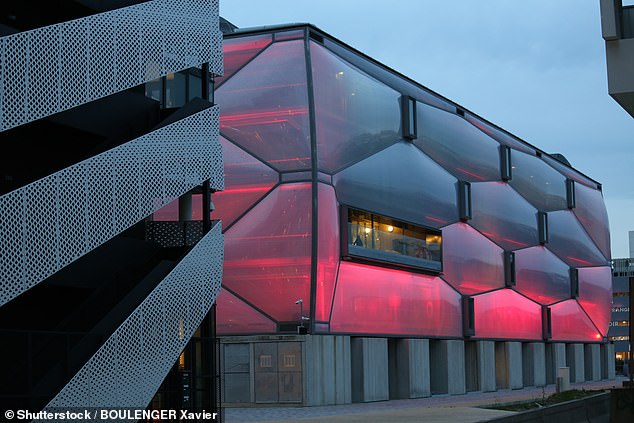 Go for a dip in the 52ft swimming pool inside Philippe Starck’s ‘bubble-wrapped’ sports centre, The Cloud (pictured)

Or mix architecture, aperitifs and sea views with a drink at the rooftop bar of L’Arbre Blanc, a bright white apartment complex that has been likened to both a concrete tree and a giant piece of origami.

Back in the compact and very walkable city centre, wine bars abound, serving Languedoc from local vineyards, which offer tasting tours during the day. Locals recommend ‘hole-in-the-wall’ bars with outside tables such as Les Canons.

Or choose between 32 self-service wine taps at the modern Le Verre-a-Soi bar in the heart of the old town. And particularly sought after are the meaty cassoulets, seafood and oysters at Les Bains de Montpellier, a converted bathhouse. 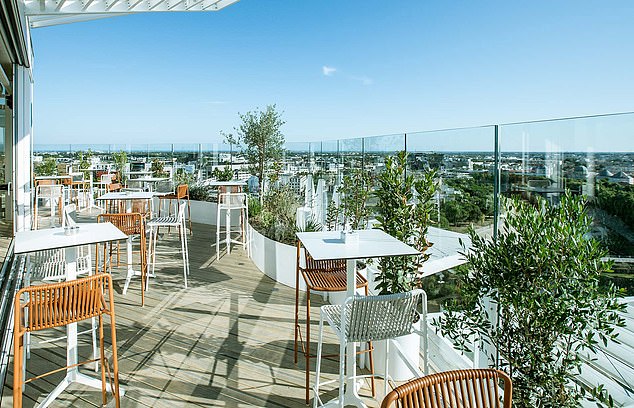 Mix architecture, aperitifs and sea views with a drink at the rooftop bar of L’Arbre Blanc (above) 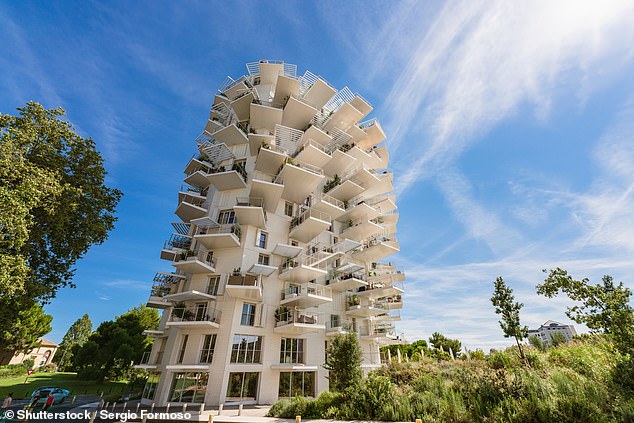 Stay at the elegant Hotel Richer de Belleval, pictured, from £403 per night

Montpellier will be easier to reach from May when British Airways starts its new route, adding to existing easyJet services – both cost from about £75 return. Or take the Eurostar from London to Paris, then switch to a fast TGV service, from about £60 one-way (seat61.com).

Hotels range from the stylish and central Golden Tulip Montpellier (montpellier-centre.goldentulip.com), with rooms from £98 per night, to the elegant Hotel Richer de Belleval (hotel-richerdebelleval.com) from £403 per night.