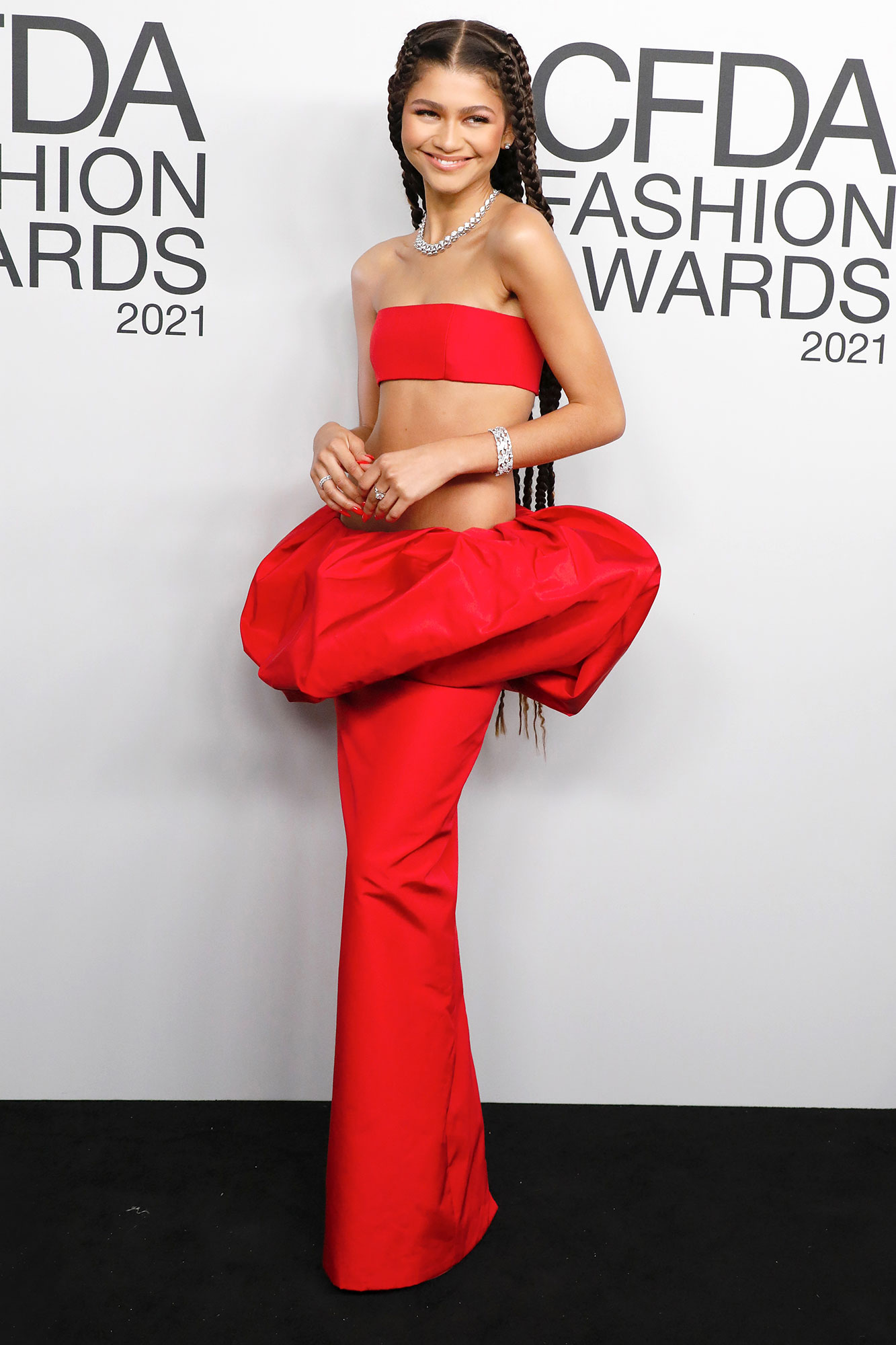 Vintage, baby! Zendaya made quite the fashion statement at the Euphoria season 2 premiere, arriving in a black and white striped Valentino gown that was first worn by supermodel Linda Evangelista in 1992.

The 25-year-old actress, who was styled by Law Roach, teased her stunning outfit via Instagram Stories. Before debuting her outfit, she shared a picture of Evangelista, 56, wearing the gown at the Valentino fashion show 30 years prior.

The Spider-Man: No Way Home star even made a point to make her hair and accessory game align with the model. She stunned in Bulgari serpent Viper pendant earrings and had her newly red hair styled in a deep side part. 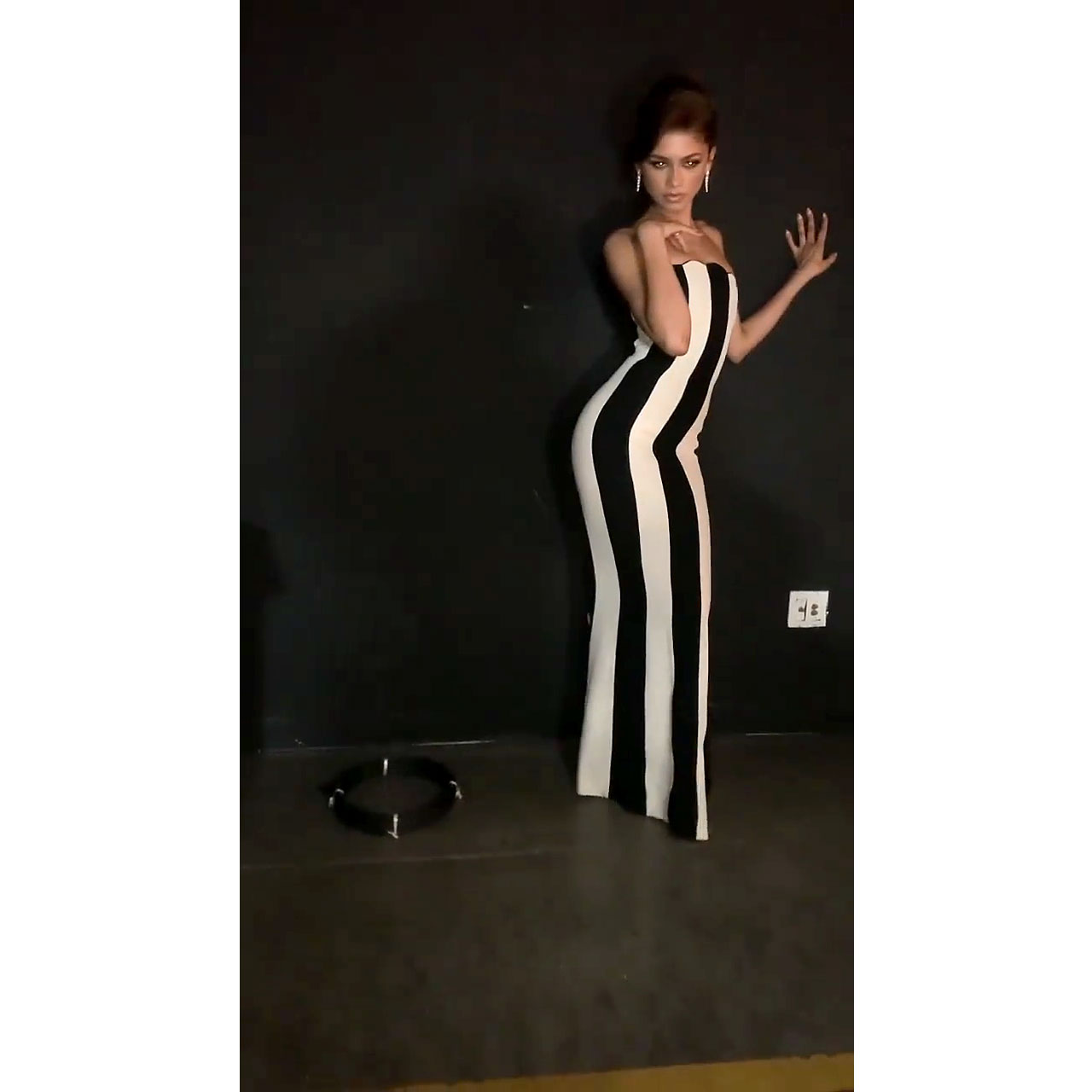 Zendaya debuted her fiery locks and short haircut in December 2021. “It was time for a change,” the actress, who worked with hairstylist Sarah Guan, captioned a mirror selfie.

The look-a-like moment wasn’t lost on fans, as many took to Twitter to share their obsession with the fashion tribute. “Zendaya give us Linda Evangelista wearing Valentino spring summer 1992 dress! stunning,” a user wrote, while another said, “Luxury Law’s sourcing powers are pure magic.”

The fashion icon has been wearing a handful of vintage finds on the red carpet in recent months. At BET Awards in June for example, her stylist managed to get a hold of the Versace gown that Beyoncé wore to the event in 2003. 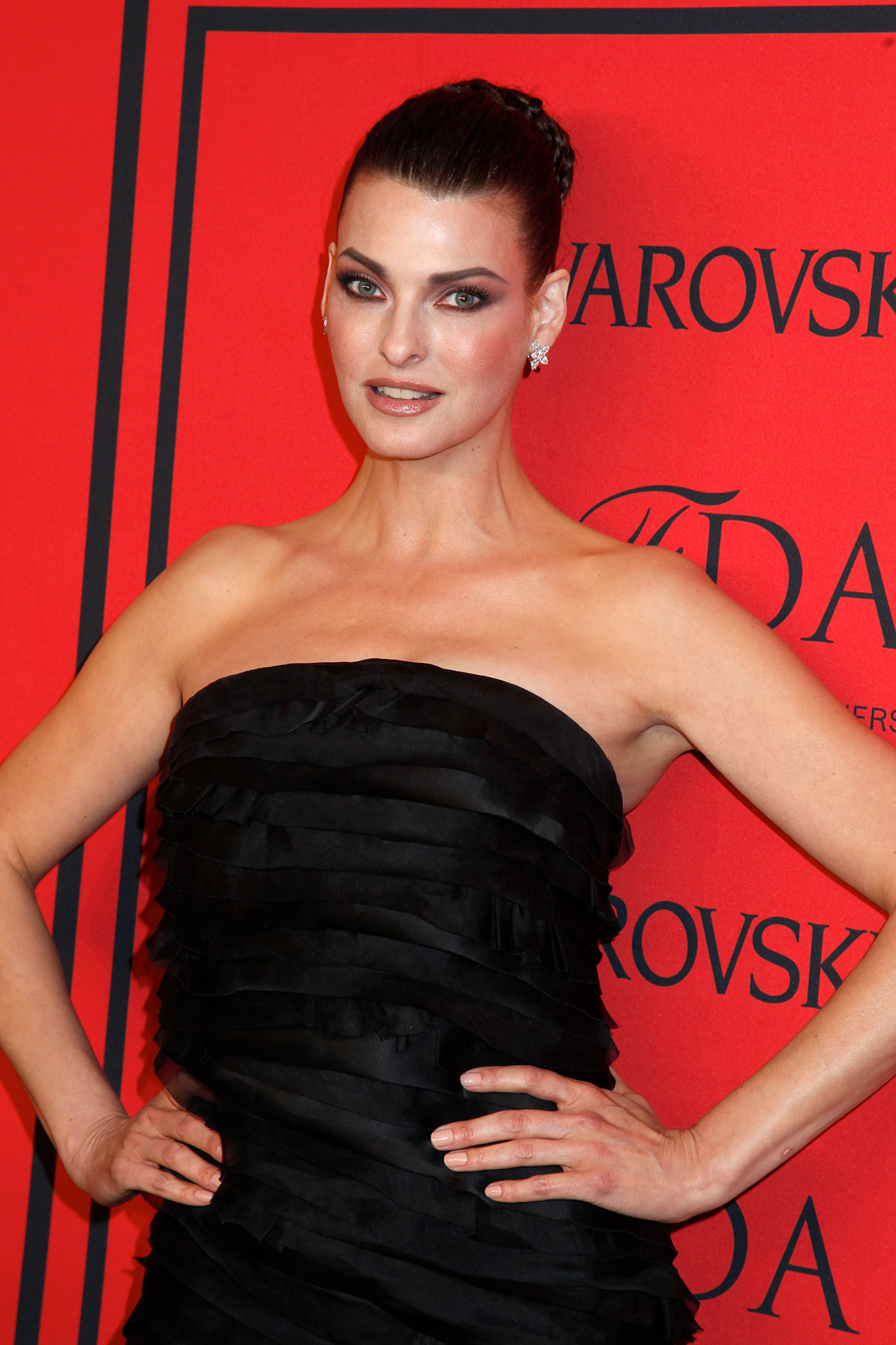 Of course, she put her own spin on the look. While the 40-year-old Ivy Park founder wore a mini version of the dress, the Malcolm & Marie star rocked a midi-length iteration.

“Paying homage to the Queen Beyoncé wearing @versace SS2003 … get you a stylist with an ARCHIVE!!!!” Roach captioned an Instagram post at the time.

When Zendaya and Roach aren’t digging for vintage couture, they’re likely working with a designer for a custom creation that ties in to one of the star’s current projects.

For the Spider-Man: No Way Home premiere for example, they worked with Roberto Cavalli to create a stunning gown embellished with cobweb motifs and a matching face mask.

Earlier in the press tour, she wore an Alexander McQueen ensemble that was embroidered with crystals that resembled a web. She paired the look with cobweb earrings to boot.

Prior to the official red carpet being rolled out, Zendaya attended an event at the Ballon d’Or at the Théâtre du Chalet in Paris wearing a Roberto Cavalli number that featured a gold-plated spine reminiscent of Dr. Octopus. The character first appears in The Amazing Spider-Man 3 and makes his return in Spider-Man: No Way Home.