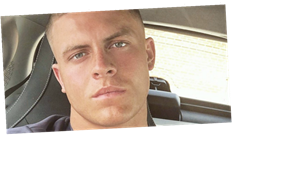 Harry Lee has been a firm part of the TOWIE family for some time now, but who are his relations outside of the show?

While opening up on the break-up, Harry said he’s “not got many people,” while saying Frankie has her family to turn to.

Get exclusive celebrity stories and fabulous photoshoots straight to your inbox with OK's daily newsletter. You can sign up at the top of the page.

At the time, Harry was opening up to best pal Tom McDonnell about the break-up, while saying he felt “broken.”

He said to Tom that Frankie has a wide group of friends and her family but that he hasn’t “really got that many people.”

Former recruitment consultant Harry was born in Hackney in London and from 2011 he played for a football team in Canvey Island, Essex.

Harry was with Leyton Orient in London and then he went on to sign a permanent deal with Welling in 2016 and he then joined the National League’s Chelmsford City until 2018.

However, despite us knowing a fair amount about Harry’s career and relationships, little is known about his family.

Harry hasn’t been public about his family much on social media, but he did share a photo with his dad in December 2020.

Grinning and wrapping his arm around his dad, he penned: “Me and the old man!

Merry Christmas Everyone,” followed by a heart emoji.

During one of Harry and Frankie’s final conversations, he said to her: “The only person I get affection from in my life is you.

“You’ve got Demi and Chloe that you can go to, I don’t. It’s hard sometimes.”

Harry often refers to his best friend Tom as his “brother” and it’s not known if Harry has any siblings.

During his time on TOWIE, Harry has enjoyed a romance with co-star Chloe Brockett too, but they had broken up by August, and he'd also had his eye on Chloe Ross.

By September 2019, Harry started dating Frankie Sims, 24, and the pair had been together throughout lockdown until announcing their split.

TOWIE cameras captured the epic break-up after the couple started arguing over Harry reportedly flirting with his ex Chloe Brockett.