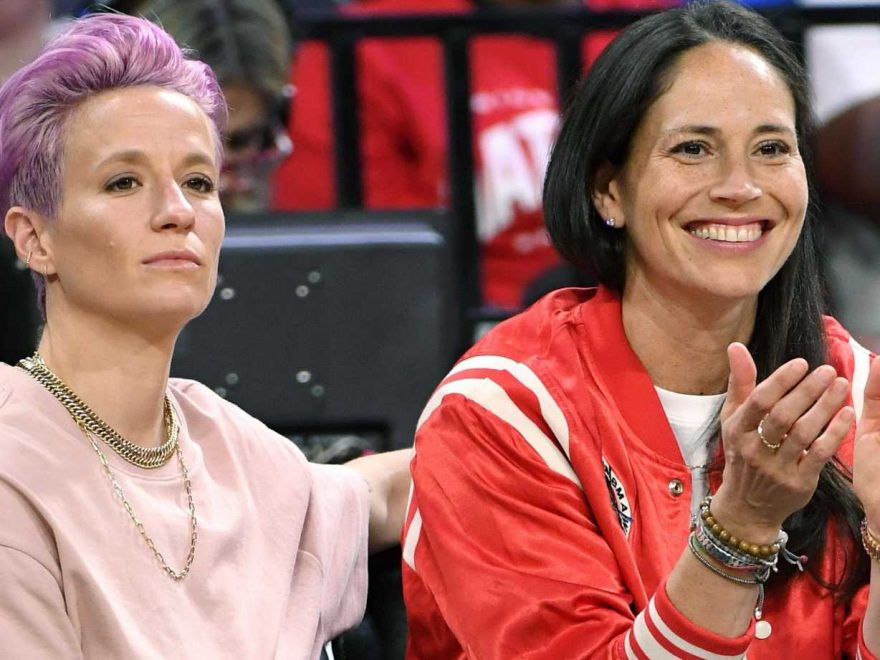 If you’re not privy to the lives of U.S. Women’s National Team soccer star Megan Rapinoe and her fiancée and soon-to-be wife, basketball pro Sue Bird, listen up. They’re kind of the sports world’s *it* couple right now after more than four years together.

Fans finally get to see them both shine on the international court and field competing in the Tokyo Olympics. Sue, 40, scored one of the flag bearer roles and carries the stars and stripes for Team USA in the parade of nations at the Opening Ceremony.

“I don’t even know if I’ve fully digested it yet,” Sue told the Washington Post. “It was pretty shocking when I heard. The thought of other athletes being the ones to pick the flag bearers, being the ones that chose myself and chose Eddy, makes the honor that much more special—but also that we’ll be leading the entire USA delegation into Opening Ceremonies. There’s something really special, and I know firsthand because I got to be right behind Dawn when she did it in 2004.”

Better yet, they could both bring back more gold medals to add to their already loaded trophy-case. Megan and Sue have been training hard together to do just that. (Talk about #workoutbuddygoals.)

Now that you’re all caught up on Megan Rapinoe and Sue Bird’s power coupledom, it’s time to get more specific. Here’s everything to know about Megan Rapinoe’s future wife Sue and how they connected.

Sue has been a powerhouse player on the WNBA’s Seattle Storm for two decades.

She was the first overall pick in the first round and started as a point guard for the team in 2002. She’s overcome injuries over the years and led the Storm to four championship titles. 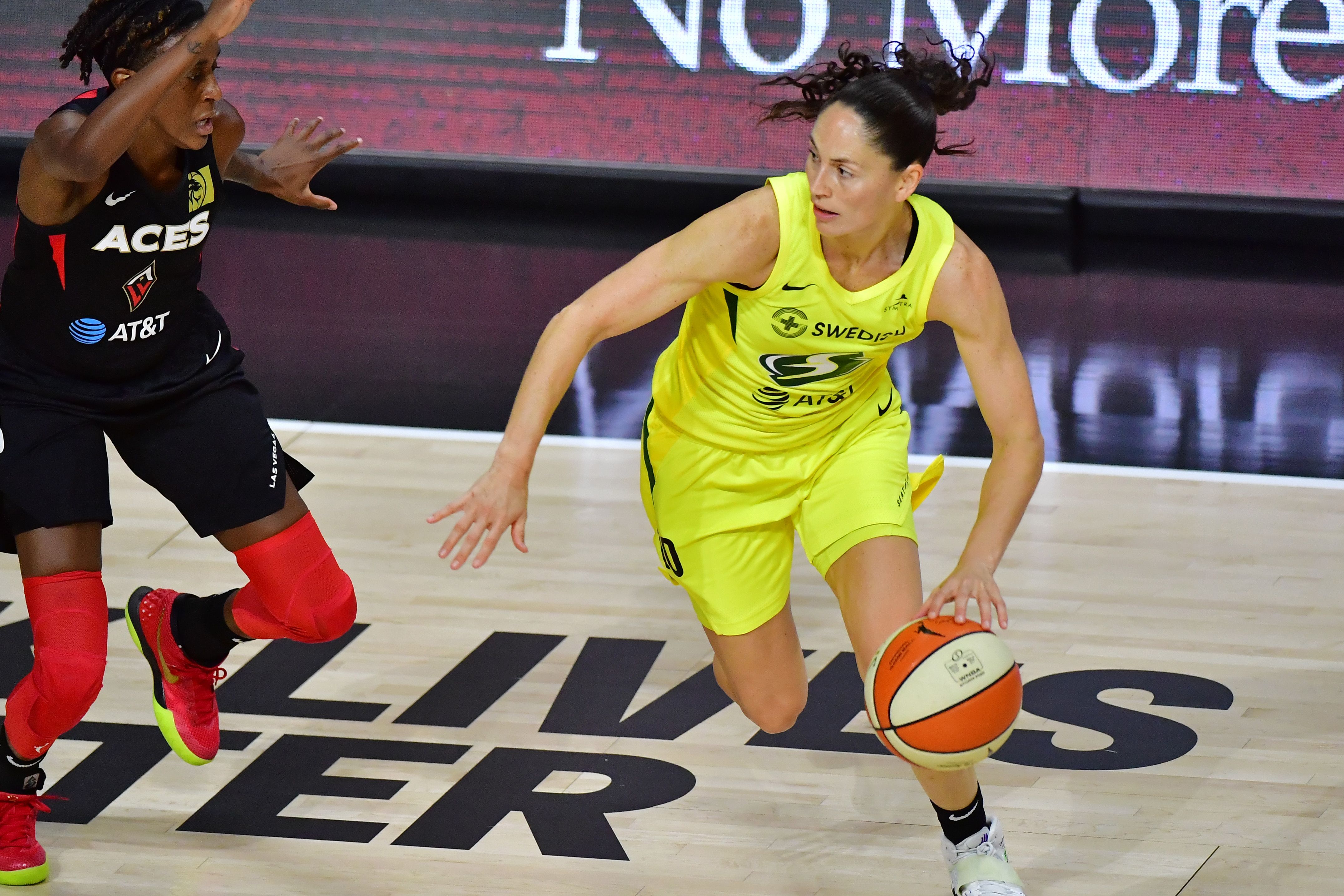 Sue grew up in New York.

The Israeli-American played basketball in high school and caught the eye of the University of Connecticut. There, she won two NCAA National Championships, three Nancy Lieberman Awards, a Naismith Award, a Big East Player of the Year award, and AP College Player of the Year. 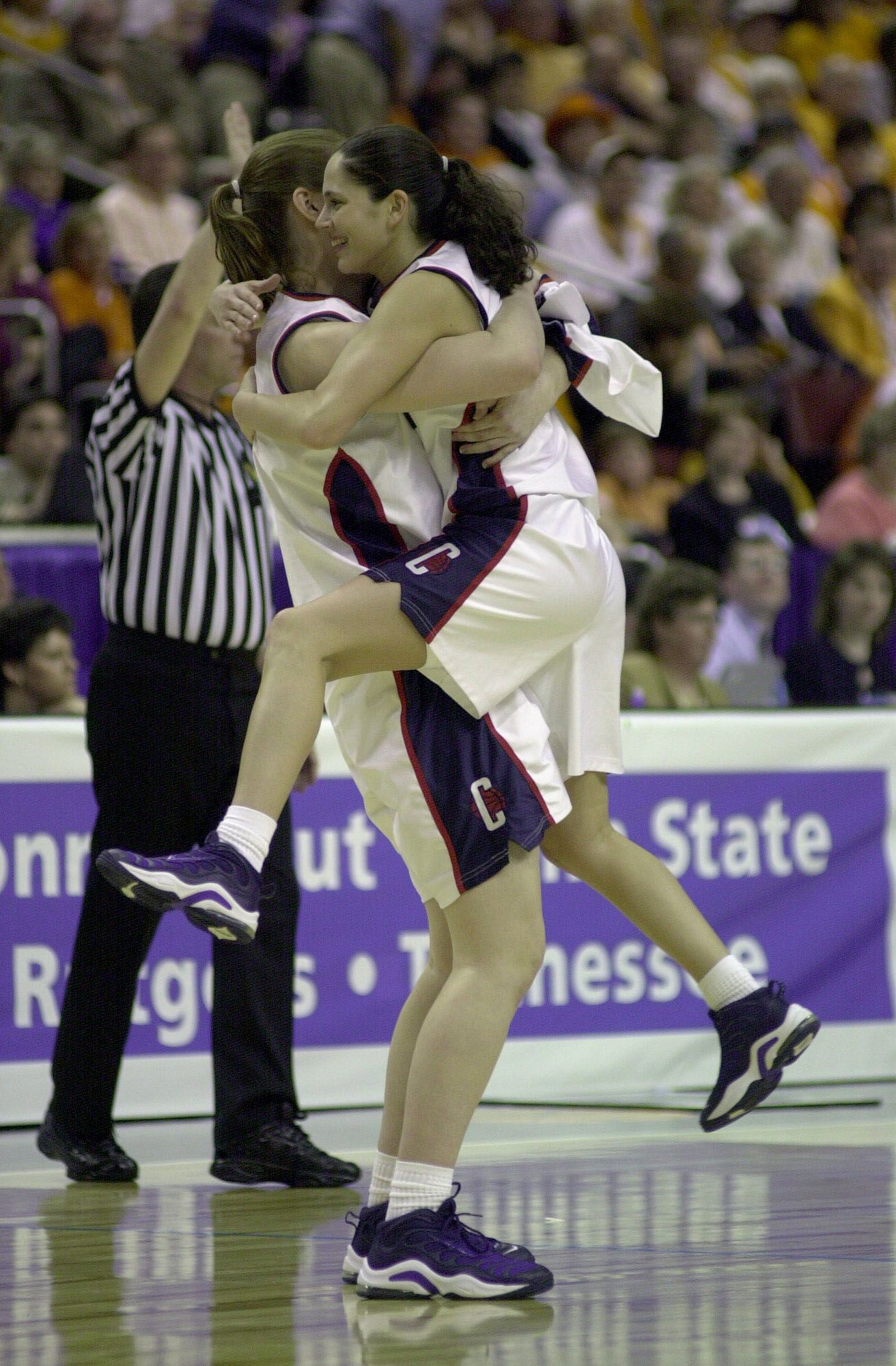 Megan and Sue met in Rio de Janeiro at the 2016 Summer Olympics.

Talk about an epic meet-cute.

The two of them met briefly at a press conference for the games. It was their first interaction, even though they lived and played for teams in Seattle, the couple mentioned at an ESPN Women and Sports Summit.

As they say, the rest was history. Back home in the Northwest, Megan played fan at a few of Sue’s games, and they eventually connected again via Instagram DM. “We have a lot in common and just sort of clicked,” Megan said in a 2017 interview with ESPNW. “I joke she is my number one go-to-for-advice person. She’s just so level-headed.” (Very cute.)

In a 2017 interview with ESPNW she clarified what was going on in her love life.

“I’m gay. Megan’s my girlfriend. … These aren’t secrets to people who know me,” Sue told ESPNW. “I don’t feel like I’ve not lived my life. I think people have this assumption that if you’re not talking about it, you must be hiding it, like it’s this secret. That was never the case for me.”

“Nobody ever talked about it when I was in high school or college,” Sue told the publication. “Of course, I have a whole journey—everybody does in life. I think the hard part is being public about it. I don’t like to be, not necessarily ‘gossiped’ about but the topic of conversations.”

Sue has been a strong advocate for marginalized groups.

This is another passion Sue and Megan share. They are both supporters of LGBTQ issues, pay equity in women’s sports, and the Black Lives Matter movement.

“You just cannot shake that girl. She’s going to do her thing, at her own damn speed, to her own damn rhythm, and she’s going to apologize to exactly NO ONE for it…It’s not an act with her. It’s not a deflection. To me it’s more just like: Megan is at the boss level in the video game of knowing herself. She’s always been confident…but that doesn’t mean she’s always been immune. She’s as sensitive as anyone—maybe more! She’s just figured out how to harness that sensitivity. And I think Megan’s sensitivity is what drives her to fight for others.”

She wasn’t always so outspoken. Sue says of her younger days: “I never challenged,” Sue said in an interview with GQ. “I never pushed the limits in that way. Younger generations are now doing that. That is a part of our legacies, to get to this point where the younger generations are expecting these things. I can only imagine the next 20 years—[they’re] going to get even more pushy.”

Sue posed nude with Megan on the cover of ESPN The Magazine’s Body Issue in 2018.

In another history-making move, both Sue and Megan posed together for ESPN The Magazine’s Body Issue. They were the first openly gay couple to pose for the shoot. Their strong action shots were impressive.

“I can be quiet and a little shy,” Sue told ESPN. “I’m usually just dipping my toe in the water until the extrovert part of me can come out.”

“Megan feels really passionately about things,” Sue continued. “I just never felt that calling, if that’s the right word. I was living my life, just not necessarily leading the charge. But I never felt that made me any less real.”

In a caption-less Instagram post in October 2020, the couple revealed their engagement. The photo showed Megan on one knee putting a ring on Sue’s finger. (And a gorgeous ocean view as their backdrop.) Where were they, exactly? The couple had taken a trip to Antigua to celebrate Sue’s 40th birthday.