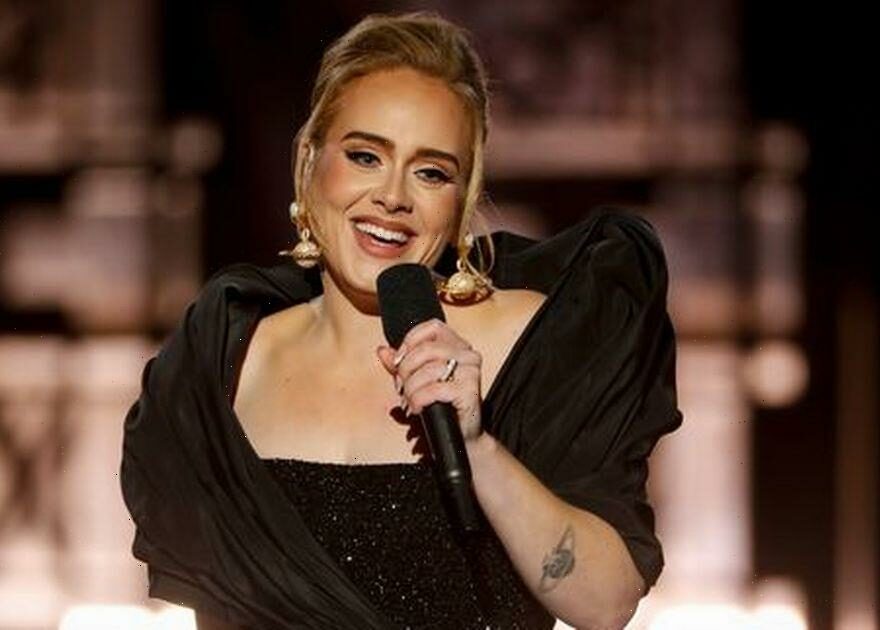 Adele has recently returned to the limelight, as she prepares to release her first album, 30, in six years.

The singer is famously private and goes to great lengths to keep herself out of the public eye, however she has finally let fans in on her personal life for the first time during her new album campaign.

Adele graced the cover of both US Vogue and British Vogue in October, and took part in Vogue's 73 Questions series, which saw her let the cameras into her LA mansion.

She has since starred on the cover of Rolling Stone, and taken part in an exclusive sit-down interview with Oprah Winfrey, titled Adele: One Night Only.

The star, 33, has revealed all about her divorce to ex-husband Simon Konecki, her son Angelo, and her weight loss transformation, letting fans catch a glimpse of her usually private personal life.

As Adele gears up to release what will undoubtedly be another number one album, we take a look at the one person who she continually credits for her success, her mum Penny Adkins.

Who is Penny Adkins?

Penny Adkins was born in 1968, in Islington, London. She met the singer's father, Mark Evans, in 1987, and the pair welcomed their only daughter Adele Laurie Blue Adkins, in 1988.

Penny was just 18 when she gave birth to Adele, leaving her to abandon her hopes of attending university in order to care for her daughter.

The singer has previously revealed: "She fell pregnant with me when she would have been applying for uni, but chose to have me instead. She never, ever reminds me of that. I will try to remember it."

Penny and Mark split up when Adele was just nine months old, and they continued to maintain a strong relationship for many years while they co-parented their daughter.

However, in 1999, Mark spiralled into alcohol addiction, leaving Penny to embark on life as a single mother. Her moved back to his native Wales, furthering distancing himself from his daughter and ex-girlfriend.

Penny took on various jobs in order to support them both, working as a furniture maker, a masseuse, and an adult learning activities organiser over the years.

The pair moved to Brighton briefly, before settling back in London in 1999. They first lived in Brixton, before moving to West Norwood. Adele and her mum lived in a small flat above a shop with a flatmate, which the singer has previously called "the best house I've ever lived in".

They lived in the flat up until the singer turned 18, when she graduated from the BRIT School and signed a deal with record company XL Recordings. Adele then moved to a new property in Notting Hill, thanks to the life-changing record deal.

Adele has repeatedly credited her mum for her success, referring to her as her 'best friend', and revealing that she was the inspiration behind hit tracks Hometown Glory and Million Years Ago.

In 2013, Penny was gifted a lavish £600,000 property in Notting Hill from Adele, as a way for her daughter to thank her for all of her support which enabled her to become the star she is today.

Penny is now grandmother to Adele's only child, Angelo, 9, and continues to stay out of the limelight entirely.

Adele remained estranged from her dad Mark, 57, and the pair were embroiled in various public feuds over the years, with her dad giving exclusive interviews against the singer's wishes.

However, in 2013 Mark revealed he was battling bowel cancer, and they eventually made amends. Adele revealed in a recent interview with Oprah Winfrey that she had reconciled with her father prior to his death earlier this year.

The Hello singer revealed that they had got back in contact three years ago, and she had played her new album for him before he passed away.

She said: It was amazing for me and him. I think he could listen to me sing it, but not saying it – we are very similar like that. His favourites were all of my favourites, which was amazing.

"So it was it was very, very healing [and] when he died, it was literally like the wound closed up."

She then recalled: "I felt that huge gaping hole filled."

For all the latest celebrity news and exclusive interviews, sign up to our daily newsletter here.