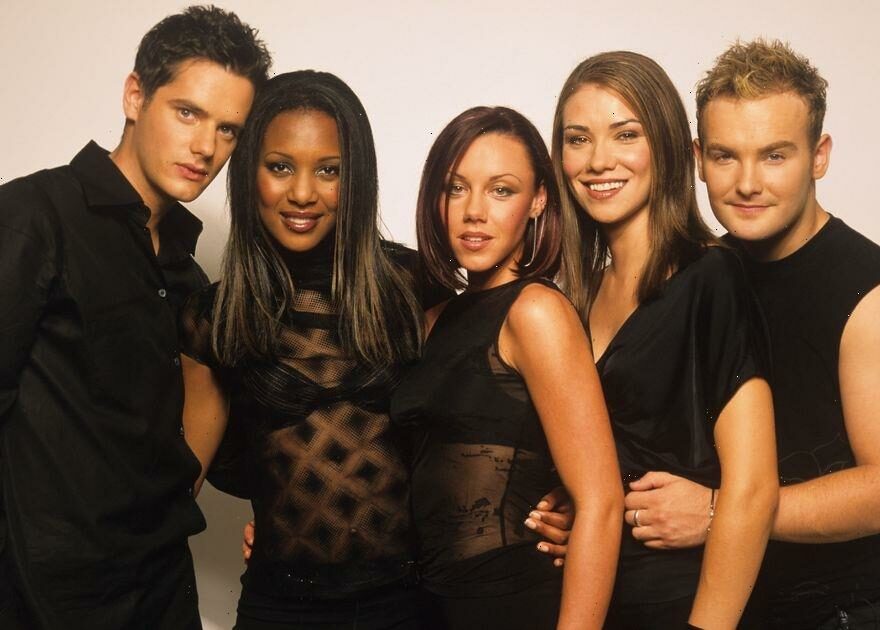 They may have been runners-up to Hear’Say in the Popstars TV, but Liberty X went on to have phenomenal chart success following the TV talent contest back in 2001.

Their biggest hit, Just A Little, shot to number one in 2002 and the five-piece toured extensively, winning a huge army of fans across Europe as well as winning two Brit Awards for Best British Single and Best British Breakthrough Artist.

The group called it a day and went their separate ways in 2007, reuniting occasionally for one-off shows.

After reforming for ITV2’s The Big Reunion in 2012, they went on an arena tour with fellow pop artists including Atomic Kitten, Five and B*Witched.

Since then the individual members have been following their own paths. So, what happened to the boys in the band, Tony and Kevin?

Tony, now 43, from Galway, became the host of Irish TV quiz TOAST in 2010, before relocating to New York to study film and form his own production company.

As a director and music producer, he started working with other celebrities to establish their YouTube channels, notably Jamie Laing from Made in Chelsea, and more recently top names like Ed Sheeran.

Still looking fresh-faced, the former singer has been married to Kelly Ann Leatham since 2010 and they have three children, Leo, Rioghan and Max, together.

That passion prompted the Chorley singer to reprise the TV talent show route and audition for The Voice in 2016, winning that year’s competition after being mentored by Ricky Wilson of Kaiser Chiefs.

After recording a solo album and scoring a UK hit with the single All You Good Friends, he caught the ears of Scottish group Wet Wet Wet who were in need of a lead vocalist following the departure of Marti Pellow in 2017.

Kevin, whose cheeky grin bears an uncanny resemblance to his predecessor’s, is now a full member of the band.

Wet Wet Wet released first album with Kevin as lead singer in November 2021 and play a series of Let’s Rock retro festival dates across the UK this summer.

Kevin and his wife, Laura were married in 2008 and have two sons, Charles and Oliver.

For more showbiz and lifestyle news, sign up to OK!'s daily newsletter here