Michaela McGuire has gone into the planning of the Melbourne Writers Festival with her eyes wide open. That’s because she knows the sudden plot swerves the pandemic can impose on any narrative. Last year, she was running the Sydney Writers’ Festival when the national lockdown forced its cancellation.

“It took us by surprise,” the festival’s artistic director says. “And we didn’t have time to build in contingencies. But in the 10 months that I have been planning this festival, almost month by month the likelihood of being able to have a live festival has looked either completely tenuous or a sure thing. The worst-case scenario has never been far from our minds.” 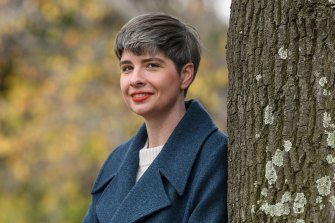 So she wasn’t entirely surprised that late last week, after the program for the festival’s 35th year had been sent to the printers, it became obvious that writers scheduled to come from NSW would be unable to attend in person.

There is no question of cancelling any planned events “at this stage”, but McGuire says the festival, which opens on September 3, will deem events with majority NSW guests as “on standby” so people will not yet be able to book tickets when the box office opens tonight. A festival liftout will appear in The Age on Saturday.

“We will be able to bring in more live crosses than we had planned,” she says. “It’s a bit of a process and each event has a different makeup of authors from different states. We have a big job ahead of ourselves.”

McGuire says the overarching theme, Tell Me How It Ends, was not initially meant to reference the festival: “The pandemic is the biggest story of all our lives and I wanted to give special recognition of the roles writers had played throughout. During this time so many of us have turned to books, often more passionately than ever before. We’re framing Tell Me How It Ends as a challenge. We are deliberately resisting a neat ending and looking to imagine new ways forward.”

Last year the festival was forced to migrate entirely online and McGuire says people attended in extraordinary numbers and two-thirds paid. “It’s important to us to honour that, which is why we’ve put that program together,” she says. “But it’s begun to feel that something we started planning as a means to share our festival with as many of our audience as possible is starting to feel like a COVID contingency.”

“They’re both really keen that it should be a rigorous and respectful debate,” says McGuire. “They want it to transcend the culture wars and for it to be a productive conversation about First Nations histories.”

The Age editor Gay Alcorn will present the Age Book of the Year on opening night and chair a session on cancel culture.

The final event will be a line-up of Victorian writers, including Chloe Hooper, Shaun Tan, Maria Tumarkin and Maxine Beneba Clarke, addressing the festival’s theme. “It started as my civic pride at being back in this great literary city and looking at some of our most legendary authors to tell us how it ends,” McGuire said. “Now it’s potentially one of our safest events.”

The Age is a sponsor of the festival. mwf.com.au