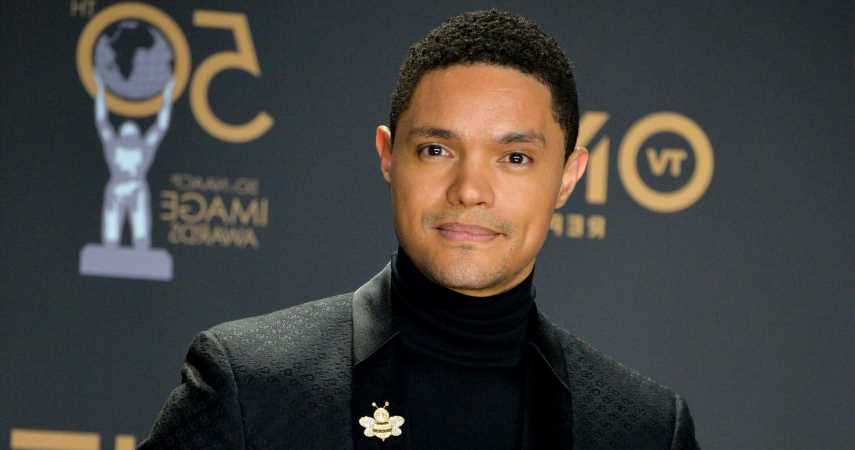 Less than a year ago, The Daily Show host Trevor Noah dropped $27.5 million on the Japanese-inspired Bel Air mansion. Now the comedian has put the extravagant home back on the market for $29.75 million.

Noah, 37, purchased the property after selling his nearby ‘starter’ Bel Air estate to Bird founder Travis VanderZanden for $21 million.

The comedian paid $27.5 million for the 11,375 square foot Japanese-inspired home this January. Noah has decided to flip the property as the Bel Air neighborhood continues to see a rise in property prices.

The home was previously owned by Harvard-trained architect Mark Rios, who designed it from scratch in 2014. Rios designed the space drawing inspiration from the Japanese design ethos of pared-back simplicity and soothing aesthetics. Nearly every room offers immense floor-to-ceiling walls made of glass.

The restrained design begins in front of the home. The entrance is hidden from the street by a towering wall of bamboo and composed of three white and windowless cubes.

The elegant minimalism can is on display across the three floors. The gourmet kitchen features rich oak cabinetry. A trip to the wine cellar is accessible from the glass-encased elevator.

The house also includes a unique penthouse level dedicated to a deluxe movie theater. Walls can disappear at the touch of a button, opening to a rooftop terrace with a bar seating area.

Outside the home is a 15-by-60-foot infinity-edged swimming pool perched directly over the home’s basement with stunning views over the Santa Monica Mountains and the Pacific Ocean. There is a Japanese spa with a wooden tub, sauna, and massage and changing rooms,

Noah is mainly known for his role hosting Comedy Central’s The Daily Show. The comedian has hosted the program since 2015 and reportedly signed a $16 million per season contract to remain at the helm until at least 2022.