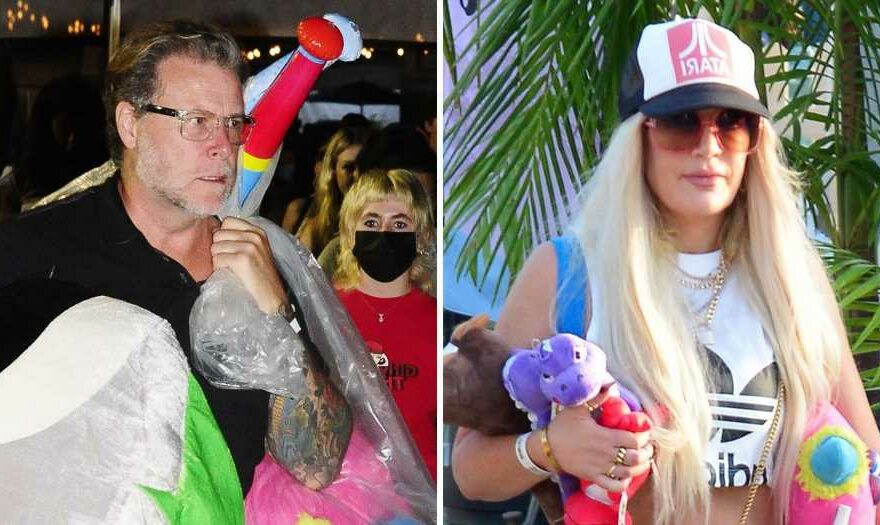 Tori Spelling is continuing to play coy about her marriage to Dean McDermott.

The 48-year-old actress didn’t directly answer a question about McDermott, 54, when Jeff Lewis questioned her about being spotted with her husband — and their five kids: Liam, 14, Stella, 13, Hattie, 9, Finn, 9, and Beau, 4 — for the first time in months. 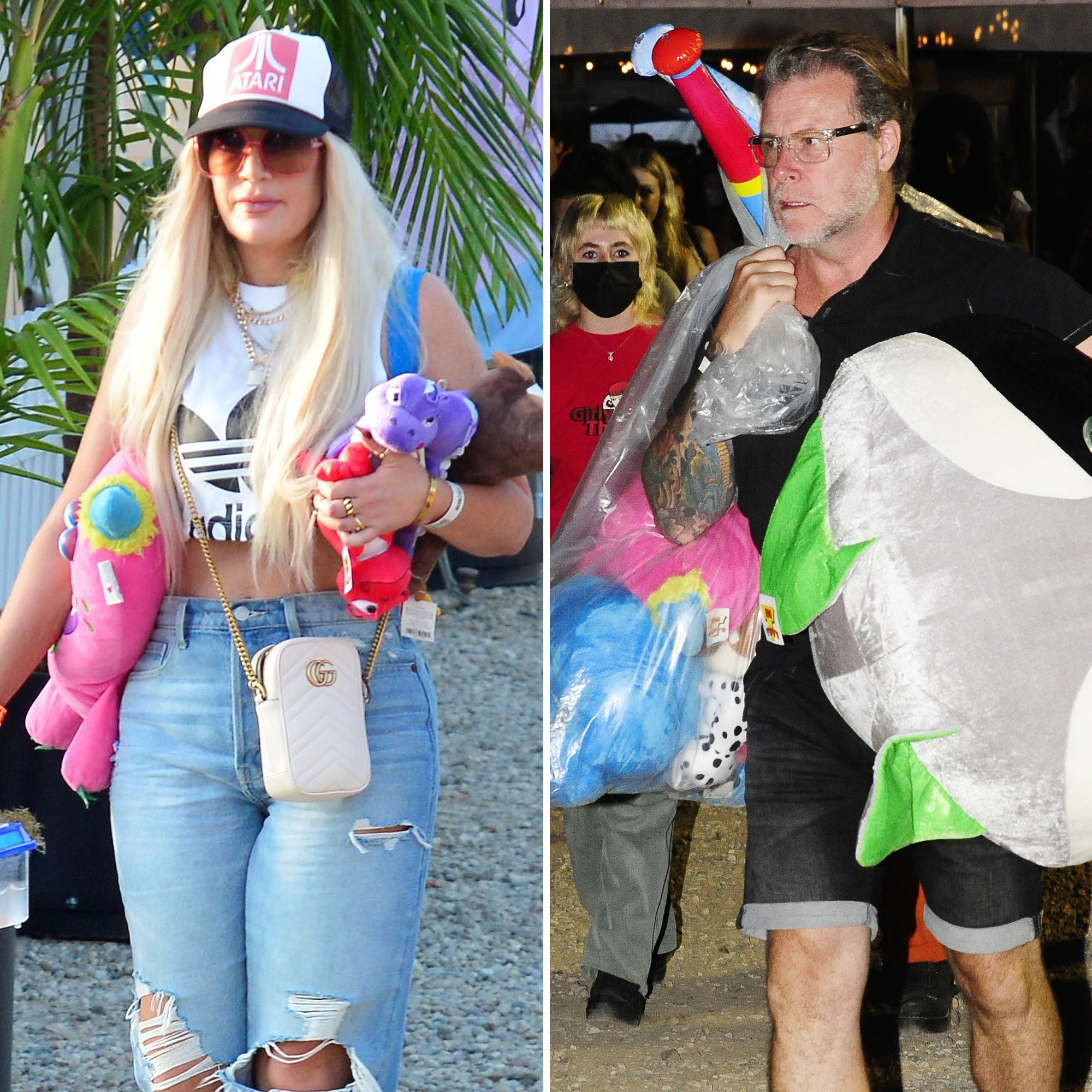 “What I read is that Dean was there with you, putting on a brave front amid divorce rumors even though you’re sleeping in separate beds. That’s what it said,” the host, 51, began on his SiriusXM’s Radio Andy show, Jeff Lewis Live, referring to reports about their marriage.

Before addressing the story about McDermott, Spelling joked that she’s being “penalized” by Lewis for showing up late to the show.

Celebrity Couples Who Stayed Together After Cheating Scandals

“No, no I’m just telling you what I read. But you guys had a good time together with the kids?” the Flipping Out alum asked again.

“Yes, we did. We’ve been going to the Malibu Chill Cookoff since Liam was 1 year old. He’s 14. So it’s a tradition,” the Beverly Hills, 90210, alum responded. “The family does it together every year.”

Spelling and McDermott were photographed together on Labor Day after they were seen separately without their wedding bands throughout the summer. The “9021OMG” podcast host fueled speculation about their relationship in June during another appearance on Jeff Lewis Live, telling her friend that the spouses, who wed in 2006, sleep in different rooms.

“Right now, my kids and dogs sleep in my bed,” she said at the time. “Since he left — this is not good, you guys — but since he left [and] he was gone for six months filming in another country, they all stayed with me. So I currently still have four in the bedroom with me who have yet to go back to their rooms, yes.”

That same month, a source told Us Weekly that the twosome had been having “major issues” for more than one year.

“The fact that she’s talking about sleeping in separate beds is very telling, she wouldn’t do that unless things were really not great between them,” the source said. “Tori knows her kids see what she says online, so for her to say something publicly means the end could be very near.”

While McDermott still has a reference to Spelling in his Instagram bio, social media users pointed out earlier this year that Spelling removed “wife” from her page. The pair also haven’t posted about each other in recent months, noticeably skipping any public mention of their 15th wedding anniversary in May.