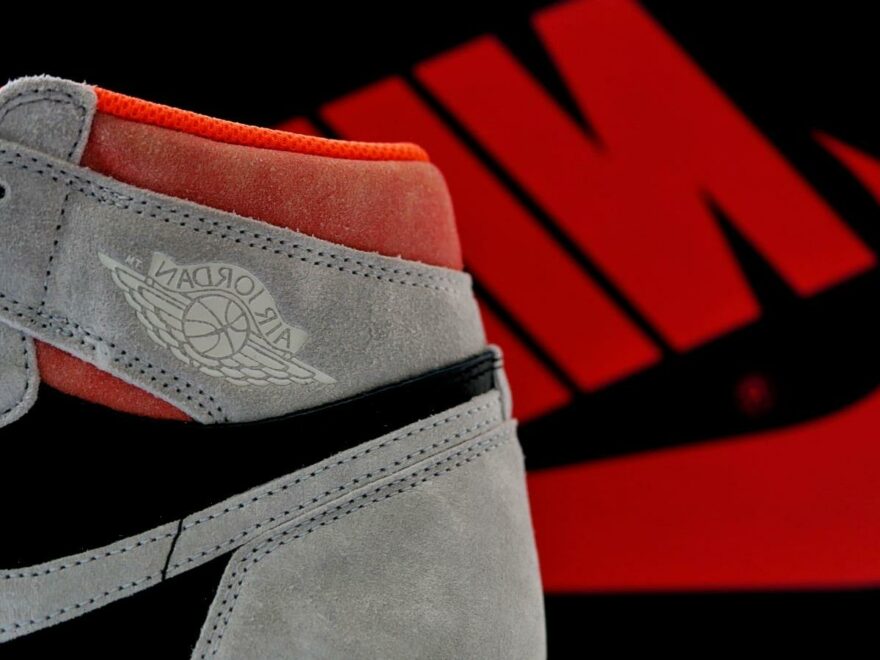 Air Jordan has had a long and winding road behind from Michael Jordan’s initial rejection and reluctant acceptance to making money by getting fined by the NBA. Here’s a look at Air Jordan’s journey to becoming a billion-dollar brand.

Shaping The Future Of Basketball

Before Air Jordans were introduced, basketball shoes were quite ordinary and boring. The players were asked to wear white sneakers with their brand’s logo on them. As noted by YIS, Nike decided to take a big gamble and offered a freshly drafted Michael Jordan a $2.5 million five-year contract to promote their brand.

Netflix TV series The Last Dance gave a glimpse into the 1997-98 season of the Chicago Bulls and Michael Jordan, which also featured the latter sharing the story about his deal with Nike. As Jordan’s favorite brand was Adidas, he refused the five-year deal and approached Adidas with the same offer, but the brand rejected it since they were going through a leadership change. On the other hand, Converse wanted to sign Jordan, but they already had two endorsements in Larry Bird and Magic Johnson. Jordan’s father reportedly convinced him to take the deal, and he went on board with Nike.

Nike had plans to center an entire sneaker lineup based on Jordan’s astonishing ability to dunk. The idea to name the shoes Air Jordan came into the mind of Jordan’s agent David Falk. Falk had heard about Nike’s use of air-sole for their running shoes, and he incorporated the word ‘Air’ with Jordan’s style to play in the air. According to Marie Claire, Nike had expectations to make $3 million in annual sales; however, Air Jordan made $126 million within the first year.

Fines That Earned The Status Symbol

The Air Jordan sneakers were quite different from the typical white color worn by the players. David Stern, the commissioner of the NBA, fined Jordan $5,000 for wearing the red and black Air Jordans during his matches. The controversy garnered a lot of publicity, and Nike was more than excited to pay the fine on Jordan’s behalf.

The shoes went on sale in April 1985 in stores, and they garnered instant popularity. A month later, Nike had sold shoes worth $70 million, which became one of the smartest marketing tactics in sports history, as stated by Business Insider. Nike went on to create an advertisement regarding the controversy featuring Jordan himself, which also sparked a lot of chatter about the Air Jordan.

The iconic ‘Jumpman’ logo was introduced during Air Jordan III in 1987, which originated from a 1984 Olympics photoshoot. Jordan was in mid-air ballet move, which was captured on camera. It was first incorporated for branding, but later it was printed on the shoes themselves. Jordan was one of the first players who became a product due to his magnificent performance on-court.

After a few years, Air Jordan was bigger than Michael Jordan himself. Nike saw a continued boost in sales even after Jordan had retired from basketball. This saw a new generation of customers buying Air Jordans who had no idea about the identity of Michael Jordan. They were buying shoes for brand recognition.

As mentioned by CNBC, Jordan made a whopping $130 million from his brand endorsement with Air Jordan in 2020, which was four times more than LeBron James on the second spot. Air Jordan has made a legacy of itself, and the shoes are sold for more than $200 for a pair, making them one of the most expensive yet sought-after sneaker lines in the world.

When Nike saw a slight dip in sales, Air Jordan began collaborating with celebrities to endorse their brands and incorporate their designs. Air Jordan has collaborated with musicians like Travis Scott and Eminem to design their lineups that have increased their sales exponentially over the years. In October 2021, Air Jordan’s newest collaborator was musician Billie Eilish whose collection was sold out as soon as it hit the stores and online websites around the world.

Air Jordans changed basketball footwear and gave rise to the culture of sneakers. Michael Jordan and the Chicago Bulls were major pioneers in changing the fashion styles in basketball. The game saw the inclusion of various brands and celebrity endorsements, but Air Jordan will reign as the best sneakers for years to come.

READ NEXT: The Oprah Winfrey Way: 7 Successful Business Ventures That Made Oprah A Billionaire