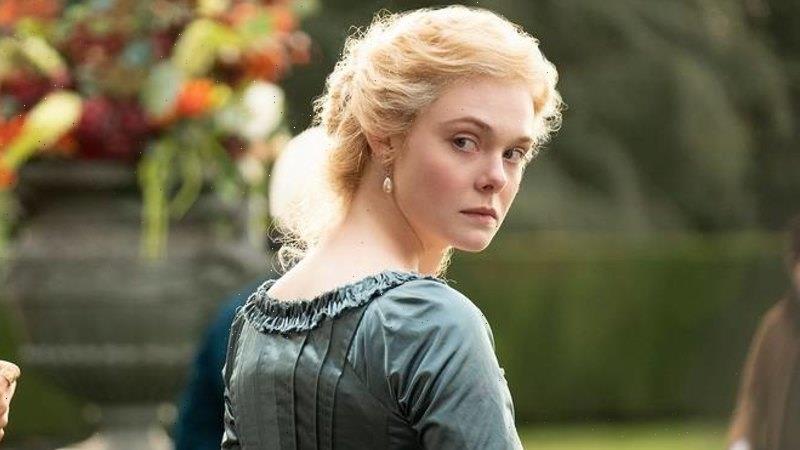 The prevailing tone of The Great is of such gleeful disregard for decorum – typified by Buzzcocks’ Orgasm Addict playing over the end credits of an episode in which the Empress of Russia (Elle Fanning) experiences le petit mort for the first time – that it comes as rather a shock when it gets serious.

So it was with the season one finale, in which Catherine faced the most heartbreaking of decisions: save the man she loves (Sebastian de Souza’s Leo) or save the flailing coup that will deliver what she feels is her destiny.

In the woods, alone with Leo but with his captors nearby, she tells him, “I can change the world, I know it”.

“I know you can,” he replies, accepting the death sentence she has just effectively delivered. “My fate was always you, yours always Russia. I will haunt you.”

It is the quietly devastating highlight of the season, towards which everything has built, and for a moment, farce is put aside for feeling.

Now, in season two of what Australian-born creator Tony McNamara has foreshadowed will be a six-season arc, we find Catherine’s campaign to wrest power from her idiot husband Peter (Nicholas Hoult, who plays the role in much the same way as Hugh Laurie did George, the Prince of Wales, in Blackadder The Third) bogged down. 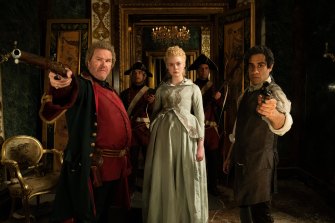 “Four months,” she complains to General Velementov (Douglas Hodge), as they step through the chaos of a palace under siege from within. “I’m somewhere between bored and enraged.”

History buffs will tell you that Catherine needn’t worry. Her reign as Empress of Russia lasted 34 years and helped raise the country from backward outlier to one of the great powers of Europe. Her plans to bring to Russia the Enlightenment – with its love of science, art and reason, and its passion for individual liberty (the question of extending it beyond the nobility was, of course, negotiable) – was a success.

But history and The Great are but distant cousins: the truest thing in the series is the disclaimer that it is only “an occasionally true story”. 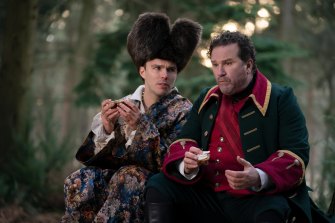 Case in point: Catherine was just 15 when she married Peter and 33 when the coup to unseat him took place, at which point he had been on the throne for a mere six months. In The Great, Peter appears to have been in power forever, while Catherine’s usurpation takes place over a year at most. And while the real Peter died in the coup, the fact Nicholas Hoult is one of the show’s executive producers suggests he probably intends to hang around as long as possible.

Does any of that matter? Not really. The Great is a lavish romp, full of sex and violence and filthy put-downs. And while it mostly plays as farce, it also has something to say about the inevitable compromises that must be made if idealism is to translate to the reality of pulling the levers of power.

It may not be exactly true, in other words, but neither is it untrue. It’s a riot, in every way imaginable and a lot of fun. And for that let us say huzzah!