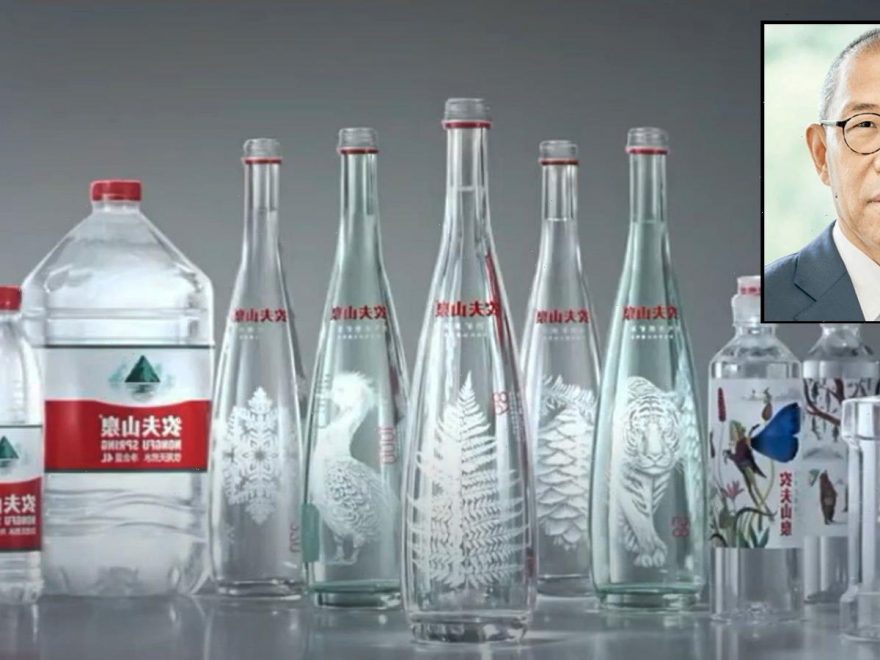 As absurd as it may sound, Zhong Shanshan became the richest Asian by selling water. Shanshan is the burning example of an iconic personality who made it big in life without exploiting any institutionalized means of reaching greatness. All myths about the compulsion to go to school and excel in academics have been dispelled by the legend Zhong Shanshan. This is because Shanshan has proven that having genius business skills is a whole new ballgame and that one doesn’t require a fancy business school degree to possess them. He has excelled enough to have built a billion-dollar fortune for himself.

Here is how the Chinese businessman built his billion-dollar fortune from almost nothing.

The Early Life Of Shanshan

Zhong Shanshan was born in Hangzhou, China, in the year 1954. When the great proletarian Cultural Revolution was prevalent in China, Zhong was in school. At the age of 12, he dropped out of school in an atmosphere of political upheaval, and to support his family, he took up odd jobs like working at a construction site, carpentry, and bricklaying.

Later he got a chance to educate himself in the year 1977 and enrolled at the Zhejiang Radio & TV University intending to learn Chinese properly. Following his university, Zhong became a journalist at the Zhejiang Daily for some time. In 1988, he decided to launch a career in business and moved to Hainan.

Before joining the Wahaha beverage company to work as a sales agent in charge of selling health care supplements, Zhong spent some time selling mushrooms, prawns, and turtles on Hainan island in Southern China. 1996 became the turning point in Zhong’s life when he envisioned business prospects in a bottled water company from Hangzhou. This company later became Nongfu Spring and changed the course of the Chinese businessman’s life forever.

One of the first moves in making Nongfu Spring stand out in China and later elsewhere was to stop removing the natural minerals from the bottled water. At that point consuming distilled water was a normal thing in China, but the people were starting to worry about the lack of health benefits in removing the minerals from water. Zhong saw this as the perfect opportunity to provide the target consumer base with the one thing they wanted in bottled water, natural minerals.

Journey To The Top

Zhongs’ journey to becoming a billionaire was easy by no means. He gave in everything to reach that glory. For instance, he got acquainted with the latest technological innovations related to the expansion of business empires. Methods like cloud computing helped him get a clear idea about Nongfu Spring’s consumer base. Through this, he innovated his business strategies to remain on the top.

Such techniques and Shanshan’s open-mindedness and involvement in the endeavor helped him expand even outside the boundaries of China. Besides having a brilliant distribution chain, Nongfu Spring generated a grand revenue of about $3.4 billion in 2019 alone. The company has diversified over the years and now specializes in producing beverages other than water, like tea, juices, and coffee under its ‘Tanbing’ brand.

Several rumors also suggest that Nongfu Spring’s market expansion was so massive that it had become the most preferred packaged drink of the year in China. For almost a decade, Nongfu Spring managed to remain on the top in China and beyond.

But Zhong was not done yet. In 2018 or even 2019, he was not on the list of billionaires worldwide. He finally joined the billionaires’ club in 2020 when both of his giant businesses went public. The other business which made Zhong a billionaire was the Beijing Wantai Biological Pharmacy. Wantai is one of the rare companies that thrived in the wake of the coronavirus pandemic. Its shares increased by 2,000% when it started developing a nasal spray COVID-19 vaccine last year.

After the companies’ IPO launch in 2020, Zhong still held about 75% of Wantai Pharmacy and about 85% of Nongfu Spring. When Zhong was becoming a billionaire and the wealthiest person alive in Asia, his main competitors were Jack Ma, the founder and owner of Alibaba, and Mukesh Ambani, the chairman of Reliance group. But Zhong defeated them both when his net worth crossed the $80 billion mark, while in 2020, the net worth of Ambani was about $78 billion and that of Jack Ma was about $58 billion.

Soon after, Zhong Shanahan’s Position as the richest Asian man was cemented when his net worth hit a mind-blowing $94 billion. He became the sixth richest person on the planet behind personalities like Mark Zuckerberg, Bernard Arnault, Bill Gates, Jeff Bezos, and Elon Musk.