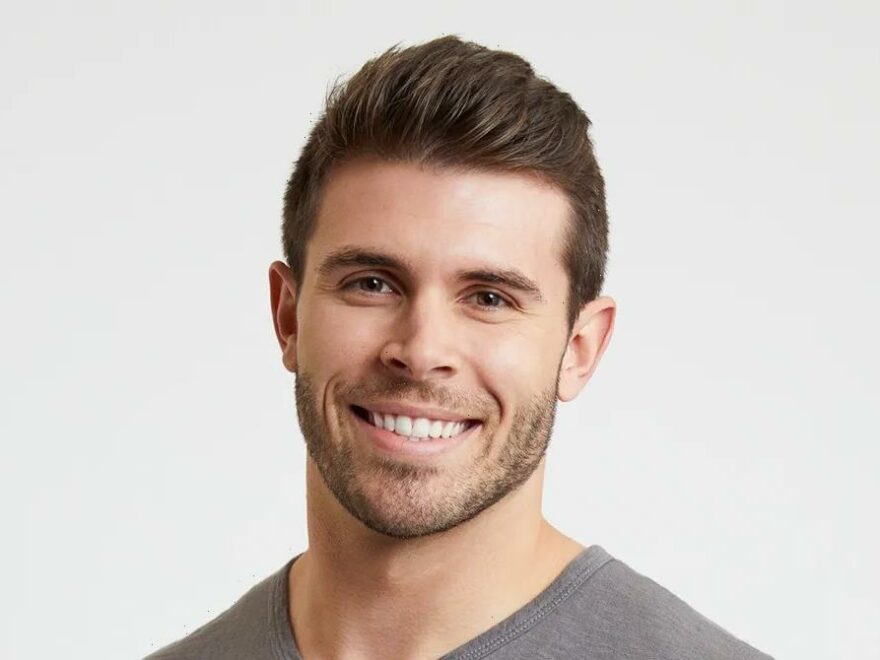 Kronk’s nephew for Bachelor?! Zach Shallcross is reportedly in talks to be the next Bachelor.

Variety reports that ABC is planning for the 26-year-old tech executive to lead season 27 after considering several contestants, including Nate Mitchell.

Bachelor Nation met Zach on Rachel Recchia and Gabby Windey’s season premiere in July. He quickly formed a connection with the 26-year-old pilot, not hesitating to accept her rose when the two women divided their suitors during episode two.

Zach, who made waves online during the hometown dates when fans learned his uncle is actor Patrick Warburton, left during the Tuesday, September 13, episode of The Bachelorette after an awkward fantasy suite date with Rachel. Following their overnight date on the September 6 installment, Zach claimed that the flight instructor was different behind closed doors.

“It was just her and I talking, and it felt like she was just, like, not showing her true self. It was very inauthentic sometimes,” he alleged to host Jesse Palmer. Zach noted at the time that he felt “blindsided” by Rachel’s actions — which included harping on their six-month age difference and not believing he was ready to propose.

During Tuesday’s episode, they officially said goodbye after Zach said he didn’t see “the real Rachel” but instead the “Bachelorette version” of Rachel on the overnight date.

“Her response — it felt so cold. I thought, maybe, that I meant more,” he said during his emotional exit. “One of the things I fell in love with was she made me feel, like, special. And I cared for her, and I question if any of that was real or if that was just an act.”

The twosome then reunited live on stage — and Zach apologized for questioning the co-lead’s authenticity.

Clare! Arie! Nick! All the Times ‘The Bachelor’ Shocked Fans With Its Lead

“I just want to say that I do apologize for ever making you feel like I called you out for your character,” he began. “That’s the last thing I wanted. I was kind of in shock and disbelief in what was happening between us. I am so sorry.”

Us Weekly has reached out to ABC for comment regarding Zach’s alleged casting. Jesse previously teased at the end of Tuesday’s broadcast that the next Bachelor would be announced during part two of the finale.

In his Bachelorette bio, ABC notes that “Zach’s perfect woman is compassionate, kind and ready for romance because Zach is excited to lay it on thick. He loves to plan thoughtful surprises, and nothing makes him happier than seeing the look of excitement on his partner’s face when his meaningful gifts are appreciated. Zach is serious about finding a love that will lead to marriage, so whatever grand romantic gesture it takes for him to get there, he’s ready to go!”

Part two of The Bachelorette finale airs on ABC Tuesday, September 20, at 8 p.m. ET. The Bachelor will likely return in January 2023.