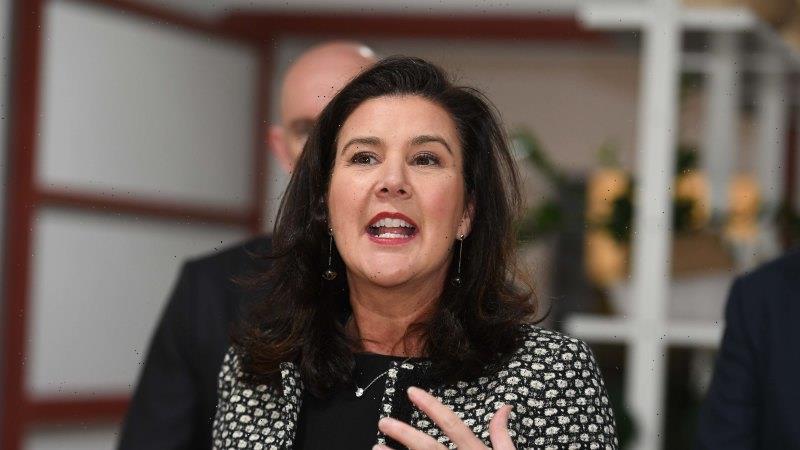 The federal government may be forced to make major changes to its overhaul of the $3.2 trillion superannuation sector to get it through the Senate after key crossbencher Rex Patrick raised serious concerns about workers possibly becoming under-insured if the bill goes ahead as planned.

The Your Future, Your Super package passed through the lower house earlier this month after the federal government removed powers that would have allowed the Treasurer to intervene on super funds’ investment decisions following opposition from Nationals MP Barnaby Joyce and others. 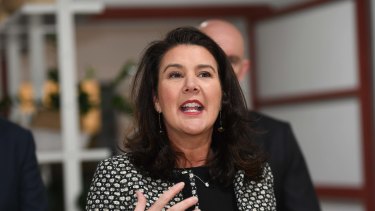 Superannuation Minister Jane Hume says no matter what amendments are made, the “reforms will never get the super fund lobby’s support”.Credit:Joe Armao

Superannuation Minister Jane Hume said at the time these were “last resort” powers and getting rid of them didn’t change the most fundamental components of the package, which the government estimates will save consumers $17.2 billion over 10 years.

The legislation is now due in the Senate on Wednesday. Senator Patrick is proposing several amendments, including exempting workers in dangerous jobs from being “stapled” to their funds so they don’t end up with inadequate insurance, broadening the rules to include more retail funds, and scrapping regulation-making powers he is concerned still give the government too much control.

The government’s package aims to staple workers to their funds to limit the creation of duplicate accounts charging unnecessary fees as workers move between jobs and penalise funds that fall behind on certain investment benchmarks.

The legislation is set to kick in next month but Senator Patrick wants a year-long delay to ensure the Tax Office has the tools to automate stapling and prepare performance comparisons for all funds.

His amendments are broadly similar to Labor’s desired changes and tackle several of the issues raised by the super industry, including major fund Cbus, which has warned young workers moving from low-risk industries into higher-risk ones such as construction could find themselves without enough insurance coverage if they had an accident on the job. Similar carve-outs have been made in past superannuation legislation to cover concerns.

“We’ve done the rounds and we’re confident others are backing us,” Senator Patrick said of the amendments. Fellow crossbench senators Stirling Griff and Jacqui Lambie said they were still in discussions about the legislation. A spokesman for Pauline Hanson said discussions remained underway. The Greens are supportive of the amendments in principle.

Industry super funds have been lobbying for changes to the package in Parliament since it was revealed in last year’s federal budget.

An Australian Institute of Superannuation Trustees survey of 14 super fund chairs, representing $375 billion in funds under management and 3.4 million members, found about half thought the changes would not be beneficial or could be detrimental.

Spirit Super chair Naomi Edwards said some of the changes were not necessary and she was concerned governments could use the remaining regulation-making powers to clamp down on funds taking a stance on environmental, social and governance (ESG) issues. “I worry it could be used for a political purpose in the future.”

She said super funds had increasingly taken positions on environmental and social issues because while the impacts were not always obvious in the short term, they had to consider risks over 30-year-plus horizons.

“At the moment, some of that decision-making looks to the government as if it is activist, but it isn’t,” she said. “If we can’t take into account long-term ESG risks, it would be catastrophic for returns.”

AIST chief executive Eva Scheerlinck said the legislation remained an overreach. “Regulations can be made by any government at any time, creating uncertainty as to how regulations might in future override board investment decisions,” she said.

“This power could be used by lobby groups to influence governments, of any persuasion, to direct superannuation fund investment activity.”

Senator Hume said no matter what amendments were made, the “reforms will never get the super fund lobby’s support”.

“They don’t want the bill improved; they want it stymied so things remain right as they are, with funds left to continue to extract over $30 billion of fees a year, unfettered by greater accountability and transparency to members,” she said.

“The government’s job isn’t to deliver a wish list for super fund bosses. We are here to improve superannuation outcomes for the hardworking Australians whose wages are deferred and locked up for up to 40 years.”

Several Coalition MPs are concerned about how funds use members’ money and have been critical of spending on media ventures, such as The New Daily, and multimillion-dollar television advertising campaigns.

Liberal senator Andrew Bragg has been a major critic of super lobby groups and has raised the prospect the new legislation could be used to shut them down. He is also concerned about the donation activities of the funds and criticised employer association Ai Group for taking hundreds of thousands of dollars in donations from super funds while criticising the new legislation.

Ai Group’s submission slammed the proposed changes as “exceptionally intrusive” and “illogical” and specifically criticised the plan to use regulations to intervene on funds’ spending plans.

Senator Bragg said some employer groups were “no better than unions in the self-interested super nest”. “Money simply buys silence or worse, advocacy,” he said. “No other major employer group is defending the putrid super status quo.”

Ai Group chief executive Innes Willox said Senator Bragg should “consider the substance of the arguments and suggestions for improvement we, and many others, are making”.

”He needs to move on from the anti-super arguments put forward in his eight years with the Financial Services Council,” Mr Willox said.