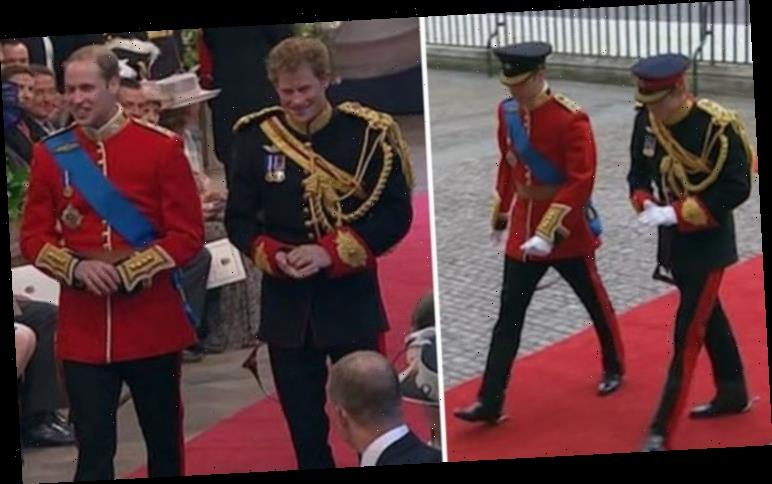 William and Harry’s past closeness was seen last night in a new ITV documentary, The Day Will and Kate Got Married. Marking 10 years since the Duke and Duchess of Cambridge’s wedding, the programme showed clips of William and Harry smiling and speaking to one another in an excited manner as they walked into Westminster Abbey.

It was reported that princes William and Harry spoke to each other on the phone after Harry and Meghan’s interview with Oprah Winfrey, but a close friend to the Sussexes, CBS presenter Gayle King, said that the conversation was “not productive”.

Additionally, it emerged yesterday that William has reportedly ended his friendship with Tom Bradby because the ITV presenter has expressed his support for Harry and Meghan.

However, last night, audiences were reminded of a time when the royal brothers had a close relationship, as they were seen together on William and Kate’s wedding day.

Body language expert Judi James has given her analysis on the clips and images from last night’s documentary, suggesting William and Harry’s body language showed that they had a “tight” bond. 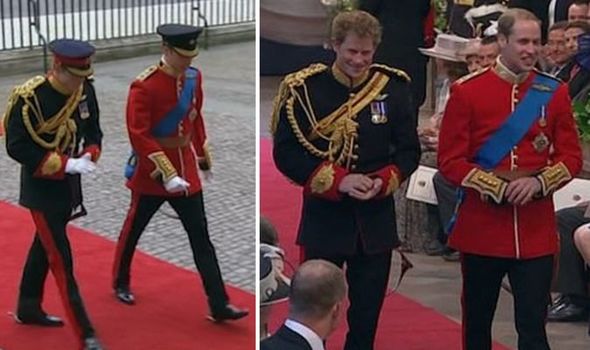 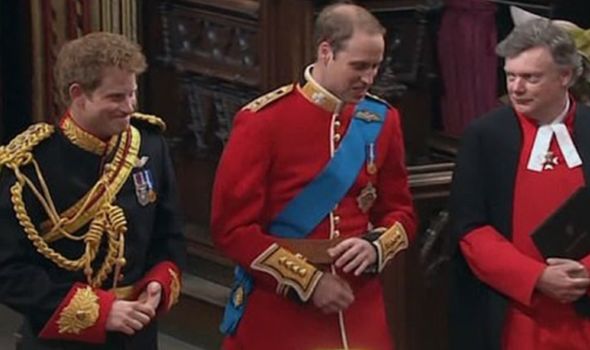 In the ITV programme, William and Harry walked into Westminster Abbey side-by-side and smiling at one another.

Judi said: “With those naughty grins suggesting a sense of shared fun and on-going banter, William and Harry once made an irresistible combination, with their body language defining the tightest of sibling bonds.”

The body language expert noted that the brothers had a “supportive” relationship, especially since they shared the trauma of losing a mother at such young ages.

She said: “Watching two boys emerge from the shared tragedy of their childhood and appear as successful, happy young men who so clearly supported one another, as well as wound one another up playfully, would always be a reminder that happy endings really could be salvaged from the worst of circumstances.”

Judi continued: “Given their family history it always seemed unlikely that their own marriages would be anything other than tricky, but instead it turned out that it would be their relationship with one another that would fall apart so dramatically in a cruel twist of fate.”

The body language expert gave her analysis on the part of the programme where viewers saw William and Harry walk along a red carpet towards Westminster Abbey, and up the steps to meet with the priest.

They then walked along the carpet to the front of the Abbey, where William waited for Kate to walk down the aisle.

Judi said: “In this wedding footage Harry’s body language suggests he is best man, best friend and wing man to his brother. 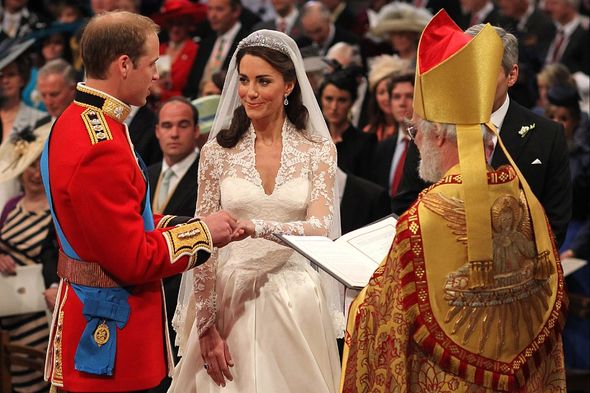 “The pair arrive wearing twinned suppressed grins that suggest they have been sharing jokes to bolster confidence and although they chat to other people, that ongoing mirroring suggests a strong sense of tuning into one another, creating a shared state as William makes his way into his wedding,” Judi added.

“The brothers are so synchronised here that they share the anxiety rituals as well as the grins.

“Wringing and rubbing their hands in mirrored self-comfort rituals they display emotional sharing and empathy that is a sign of a very close relationship.”

Judi compared William and Harry’s personalities, suggesting that their differences are what made them an “irresistible” combination.

“As heir to the throne William has a reputation for being cautious and formal and the constantly upbeat and fun Harry was always the perfect antidote to those more serious traits.”

Viewers took to Twitter last night to comment on ITV’s The Day Will and Kate Got Married while watching the programme.

Some expressed their sadness at being reminded of William and Harry’s past relationship.

One person wrote: “Sad watching William and Harry. They were so close and now barely speaking.”

Another said: “That wedding was lovely and they have remained a much loved couple. Also Harry seemed happy in those days.”