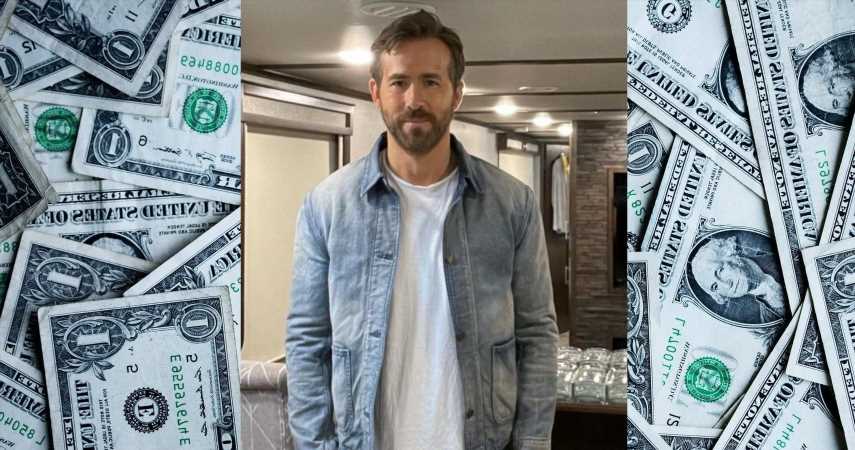 Ryan Reynolds has opening up about his lucrative investments, although most fans may recognize him for his roles in some of the world’s biggest blockbuster movies. Known best for portraying the superhero character ‘Deadpool’, fans across the globe hold Reynolds in high regard for his talents. He has been entertaining the masses for years and has recently been recognized by Forbes as being the second highest paid actor in Hollywood.

Many assume he makes all his money by acting in films, but the truth is, Ryan Reynolds happens to have a very lucrative investment portfolio, too. He has become quite well versed in the world of tech investments and has recently opened up to share the significance of his ventures with his fans.

Ryan Reynolds certainly doesn’t need a side hustle. With a net worth of $150 million, he’s clearly financially stable and doing well for himself. However, the movie mogul continues to expand his fortune with his tech investments, and he’s doing so in a very big way.

Perhaps one of the most unique elements of Ryan Reynolds’ approach to his investment portfolio is his willingness and eagerness to wholeheartedly immerse himself in each project. He takes his investments very seriously and gets very involved in all aspects of his ventures. Fortune reveals that; “Reynolds is an owner of wireless startup, Mint Mobile, for which, surprisingly, he sometimes fields customer service calls. He’s also on the board of online dating service Match, alongside the usual assortment of suits.”

By opting to be in-the-know, and be fully involved in all aspects of what he is investing in, Ryan makes sure he is more educated, more connected, and far more likely to have a personal, vested interest in the successful outcome of his investment.

When asked why he pursues his investment portfolio he responded by saying he likes to have “skin in the game” and referenced the fact that paid celebrity endorsements don’t do anything to better the celebrity in any way. With those types of financial rewards, a celebrity is told what to say and is simply endorsing something they don’t know much about and have no real connection to.

Giving It His All

Reynolds states he would rather have a stake in something, and have a connection and level of care for it, rather than be completely disconnected. Tech investments has given him that opportunity.

There are a number of celebrities that have complimented their acting careers with lucrative investments. Ashton Kutcher is one of them. However, Reynolds doesn’t engage in conversations with other actors about their celebrity portfolios, he seems to just pursue his own path.

Instead, he has his own very unique approach to things. He tells Fortune; “I just try to discipline my way through by working hard and sometimes falling flat on my face. I have found that every industry is relationship-based, which means that you have to invest time, that’s the ultimate currency. My biggest challenge is making sure that everything I’m a part of gets its fair shake in terms of my time.”

Ryan’s Ode To His Canadian Roots

Always focused on staying current and on top of the market, Ryan Reynolds has just made a bold move on the Canadian investment landscape. A true Canadian-born artist at heart, he has taken his impeccable skills in the market and has applied a massive amount of money into the personal finance service group, Wealthsimple.

Proving once again the he does things on a big scale, and with ultimate precision, Entertainment Tonight reports that Ryan Reynolds has teamed up with another Canadian superstar to create what is being called the ‘biggest tech investment in Canadian history.” That other big name he joined forces with, is none other than music superstar, Drake.

Entertainment Tonight goes on to quote: “Wealthsimple has received what is to our knowledge the largest private tech investment in Canadian history. Meritech and Greylock, two of the world’s premier tech investors, are leading a $750 million investment round to help Wealthsimple do what we always believed it could: revolutionize the way we do money, and become the biggest consumer finance company in Canada in the process.”

This bold new move is the most recent one that Ryan has made, and is a clear indicator that he is by no means ready to hang his hat. He continues to grow and develop his investment portfolio and continues to find great success in the tech market.

Given his recent success in this area and his willingness to continue putting his money into the market, it’s safe to assume that Reynolds is going to be a true investment force to contend with for many years to come.

READ NEXT: Mark Zuckerberg Invests $53 Million For 600 Acres In Hawaii