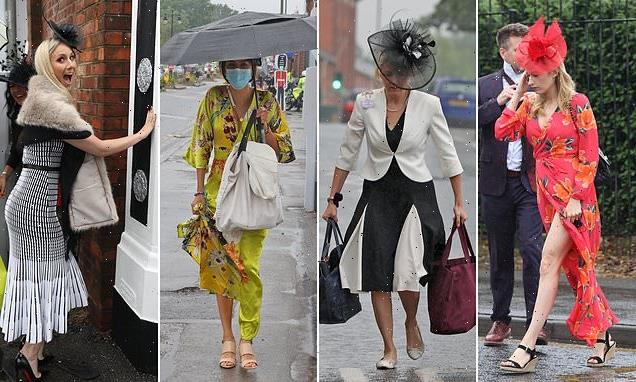 Brolly bad luck! Royal Ascot Ladies Day is a washout as revellers battle the elements after waiting two years for the most glamorous day of the festival

Royal Ascot revellers didn’t let the bad weather dampen their spirits as they kicked off Ladies Day in style.

Elegant women dressed to the nines in high heels and flowing summer frocks whipped out their umbrellas as they arrived at the Berkshire racecourse for the third day of the five-day meet.

Typically the most glamorous day of the festival, Ladies Day has been hit by rain after the balmy summer sunshine enjoyed by racegoers at the start of the week turned to thunderstorms and downpours overnight.

Not to be put off, racegoers hoisted their skirts up out of the puddles and smiled at waiting photographers as they made their way into the grounds.

A total of 12,000 revellers have been granted tickets to each day of Royal Ascot as part of a list of pilot events taking place before the possible lifting of all lockdown restrictions next month. 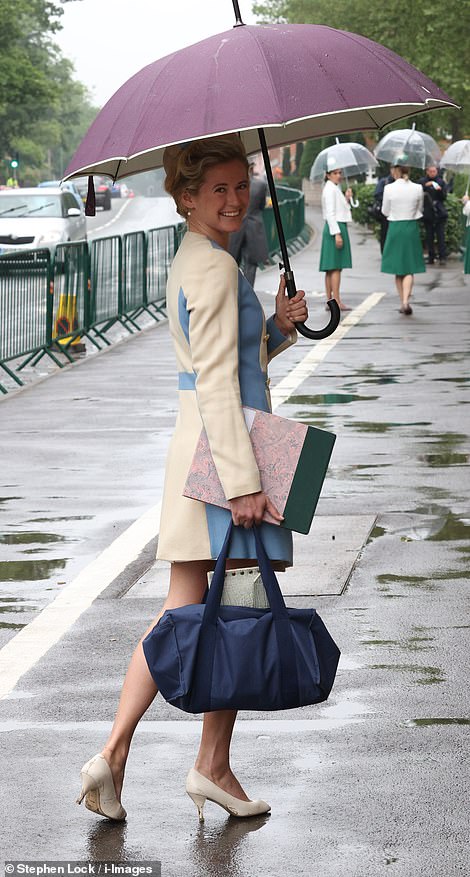 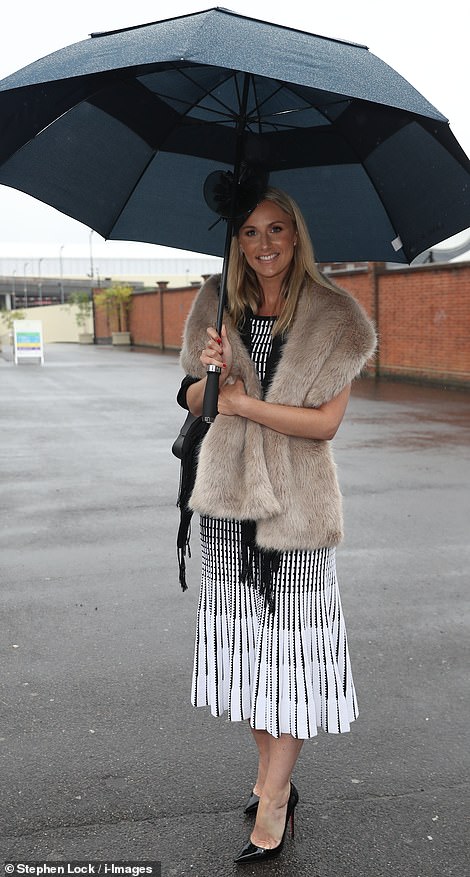 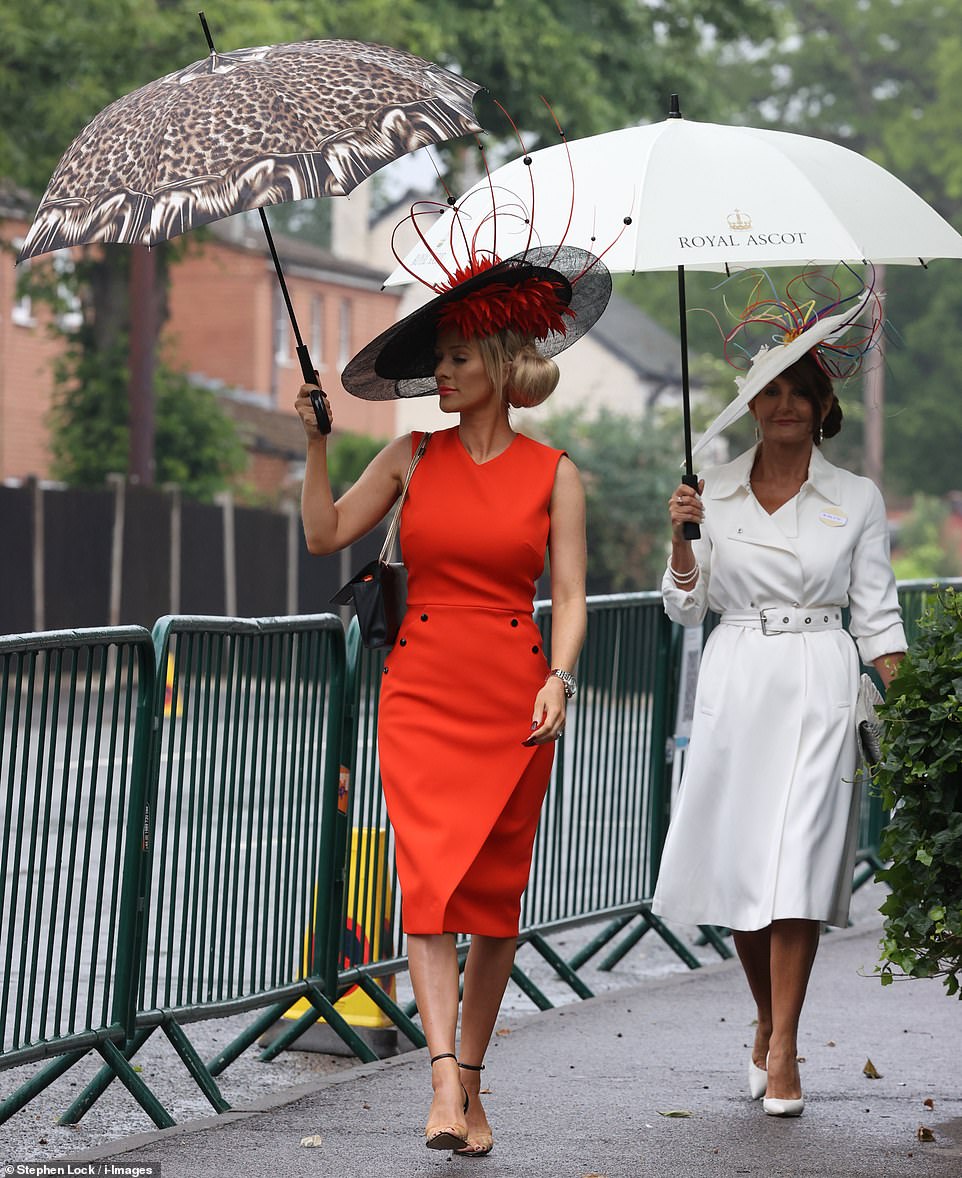 Making an entrance: One woman dressed in a striking scarlet ensemble didn’t let the rain ruin her morning 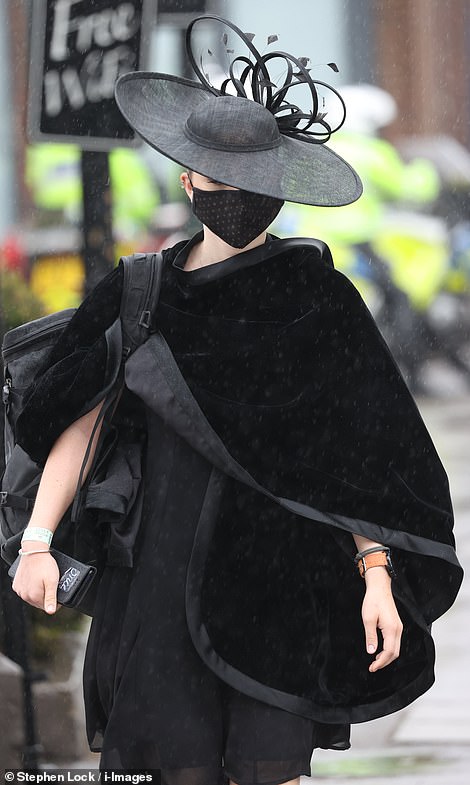 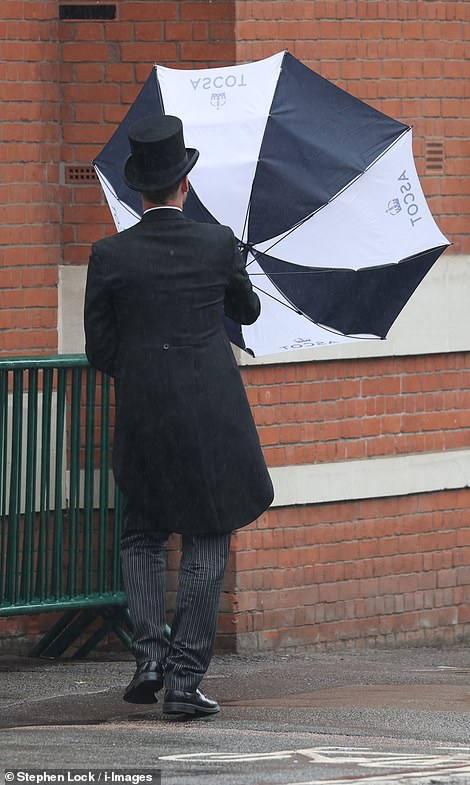 A chic all black ensemble was finished with an elegant wrap (left). Right, one man battles a blustery gust of wind 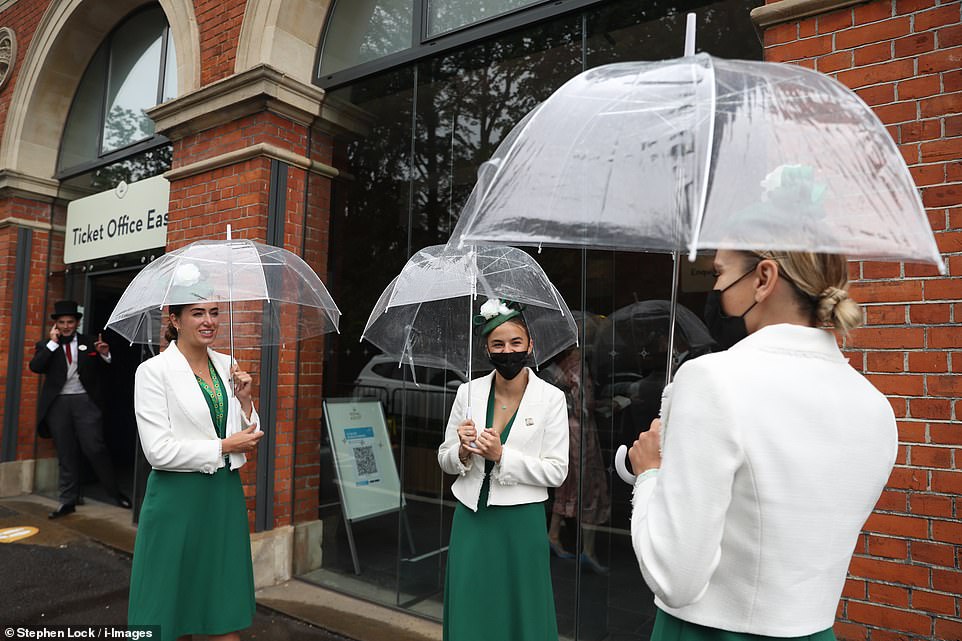 The weather today is a far cry from the scorching sunshine enjoyed by the racegoers lucky enough to attend Ascot on Tuesday and Wednesday.

The Royal Family have turned out in force this week, with Princess Anne, Prince Charles, the Duchess of Cornwall, Sophie Wessex, Prince Edward and Zara and Mike Tindall all making an appearance.

However the Queen has been notably absent this week, missing Royal Ascot for only the second time in 69 years.

Her racing manager revealed on Tuesday that Her Majesty will be watching the action on TV at home but is hopeful of attending the festival – usually a highlight of her calendar – later this week.

Racing manager John Warren told Radio 4: ‘Obviously the Queen would love to attend, as you know she’s fanatic about racing, watching racing and breeding horses, and has been going to Ascot all of her adult life. So, it’s a shame to miss an event.

‘The plan at the moment is to see how it goes towards the latter part of the week and if the Queen’s able to come because she’s got runners, then, fingers crossed, it will happen.’

He added that the monarch was ‘fanatic’ about horse racing, and called her energy levels ‘incredible’ despite her age.

He said: ‘It’s remarkable. The Queen’s energy levels are incredible. She’s 95. She went down to the G7 this week, and trundled back on the train in the middle of the night and the energy will be raised higher again for a week like Ascot.’