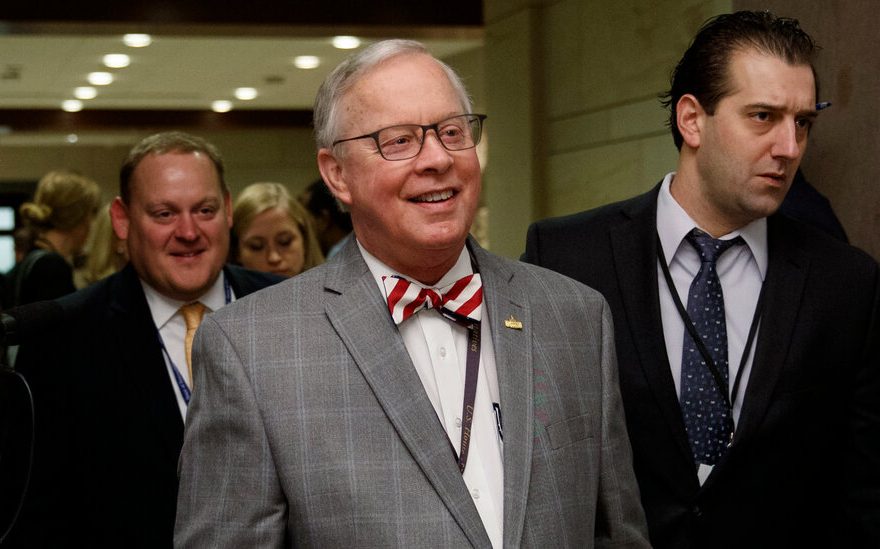 This obituary is part of a series about people who have died in the coronavirus pandemic. Read about others here.

On Monday, Representative Ron Wright became the first sitting member of Congress to succumb to Covid-19. He died in a hospital in Dallas. He was 67.

He tested positive for Covid-19 soon after returning to his home in Arlington, Texas, after the Capitol riot of Jan. 6, Micah Cavanaugh, his former chief of staff, said. Mr. Cavanaugh added that lung cancer contributed to the death.

Another Republican elected to the House, Luke Letlow, died of Covid-19 in December, days before he was scheduled to take office.

Mr. Wright had represented Texas’ Sixth Congressional District since 2018. A member of the ultraconservative House Freedom Caucus, he voted with the Trump administration 96 percent of the time, according to FiveThirtyEight. He was among 139 members of the House to vote in favor of overturning the results of the 2020 presidential election.

After the Capitol riot, Mr. Wright issued a statement calling it “inexcusable and reprehensible” but adding: “Election laws were broken and evidence of voter fraud has been presented. Both deserve to be investigated.”

Only months earlier, he had pledged to oppose any legislation related to defunding the police by citing the need for “a lawful society free from mob rule and violent insurrection.”

During his career in Congress, Mr. Wright introduced legislation aimed at curbing the presence of Chinese companies in critical U.S. infrastructure. His bill became law last month. He was also a vocal opponent of abortion and repeatedly introduced bills to require three in-person meetings between health-care providers and patients seeking abortions, and to restrict people’s ability to travel across state lines for abortions.

Ronald Jack Wright was born on April 8, 1953, in Jacksonville, Texas, to George and Peggy (Powar) Wright. His father was a planner for defense contractors and sang in church choirs. The family’s roots in Texas stretch back to the period after the Civil War.

Ron grew up largely in Azle — a “cow town,” as he’d later call it — and worked at one of his family’s dairy farms in the area. He majored in political science at the University of Texas at Arlington in the early 1970s and received two years of credits.

After leaving college, he worked in construction. By the end of his business career, in the 1990s, he had a senior position at a company that installed cooling towers at power plants.

Let Us Help You Better Understand the Coronavirus