A blistering heat wave blanketing California and other western states this week is breaking temperature records and elevating drought and wildfire risk. Residents should brace for conditions to get even worse.

On Thursday, more than 30 million Americans were living in places where temperatures soared above 100 degrees, meteorologists found, and 40 million Americans are currently under heat advisories or excessive heat warnings, the National Weather Service reported.

Daily and monthly temperature records have fallen across the entire western and southwestern U.S., which is grappling with dangerously high temperatures in California, Colorado, Utah, Arizona, Texas, Nevada and beyond. Many jurisdictions have called on residents to ration their power usage in order to prevent strain on electrical grids. 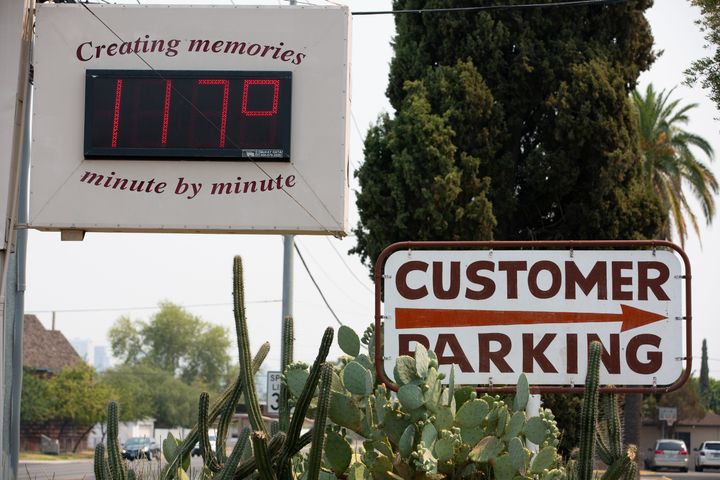 Temperatures in California’s Death Valley are trending perilously close to the hottest temperature ever recorded on Earth, which was set at 134 degrees in that same valley in 1913. The temperature hit 129 degrees on Thursday and will likely have highs in the mid-120s through the weekend, NWS said.

It’s early in the year for a heat wave of that magnitude, Death Valley National Park spokesperson Abby Wines told Reuters while standing in front of the park’s thermometer.

“It’s happened before, but it’s not that common,” she said of the mid-June heat. “I would expect in a normal summer for this to just be the beginning because we usually have temperatures in July that hit 125 or higher. That happens every single summer.”

California Gov. Gavin Newsom issued an emergency proclamation later on Thursday, asking residents to reduce their energy usage through Friday and making it easier for people to access backup generators.

The NWS in Flagstaff, Arizona, said Wednesday it’s possible that “nearly every square inch of Arizona” had set a new record that day.

Wildfires have also cropped up in several states during the heat wave, stoking fears that more could take hold as the hot, dry weather persists. In California, which has been sinking further into drought in recent weeks, the threat looms especially heavy. Last year was the state’s worst wildfire season on record, and crews are still clearing debris from that wreckage.

The drought in California has escalated quickly in recent weeks. The percentage of the state in “exceptional drought,” the worst category designated by the U.S. Drought Monitor, has approximately doubled in the past month to more than 33% of the state﻿. Currently, there is no part of the state without drought conditions.

The NWS expects the heat to break by early next week. Until then, the agency urged Thursday, people should take several safety precautions.

“Drink plenty of fluids, stay in an air-conditioned room, stay out of the sun, and check up on relatives and neighbors,” the NWS said. “Young children and pets should never be left unattended in vehicles under any circumstances.”