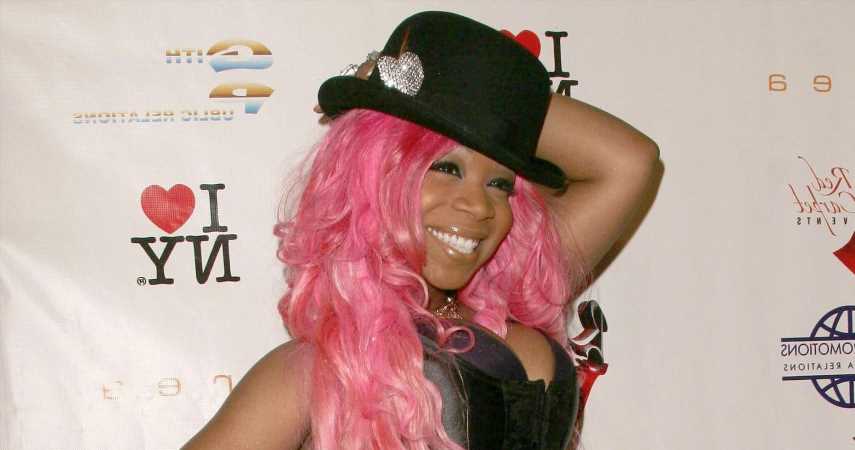 Reality television has become an instant catalyst to hundreds of entertainment careers. TV personalities are born from the minute their talking heads and witty sound bites come up on our screens. From Love Island’s Wes Nelson breaking into the music scene to Karamo Brown from The Real World: Philadelphia regaining exposure fourteen years later as a star in Netflix’s Queer Eye for the Straight Guy, reality tv has hoisted celebs to new platforms after granting them instant stardom.

Though a discussion about reality TV could not be complete without giving props to one of the OG’s in the genre: Tiffany “New York” Pollard. She first charmed America with her brassy bravado while trying to win the affection of Flavor Flav in VH1’s Flavor of Love. Now, fifteen years later, she’s still dominating the entertainment game as one of the most prominent and beloved faces on tv.

If you’ve ever watched Flavor of Love, it practically goes without saying that Pollard was the sheer breakout star of the series. Her bold, commanding persona gave her an instant spotlight on each episode of the dating show as her fellow contestants seemed to fall in the background. Her time on the first season – and the second in which she was graciously invited for another shot at love – has been the subject of memes all across the internet.

Though the show wasn’t the best representation for its contestants as producers outwardly went out of their way to show the cast in a rather unflattering light. Among the problematic depictions of stereotypes in women of color, the show also exploited and demeaned women within the sex work industry .

“It’s not the format of reality TV that’s the problem, it’s what the producers do with it,” executive director of Women in Media and News said during a lecture at the University of Missouri.

Despite this, Pollard’s star quality could not be denied. After filming wrapped, she was offered her very own spin-off called I Love New York in 2007. The show followed her as she sifted through contestants to find the right man for her. While the show didn’t end up finding her love, it did open the door for a slew of other spin-offs starting Pollard. From her pining for an acting career in New York Goes to Hollywood to the star trying to enter the work force in New York Goes to Work, it was becoming quite clear that Pollard was on her way to becoming one of reality tv biggest success stories.

After a few bit appearances in various reality shows, Tiffany found her resurgence into the world’s attention when she went on Channel 5’s seventeenth season of Celebrity Big Brother. Alongside fellow stars like David Gest, Angie Bowie, and John Partridge, she spent a month sequestered under one roof.  Much like her previous reality competition experiences, Pollard stole the show in most viewers eyes.

The most notable scene from the season was the comedy of errors that transpired between Pollard and Angie at the wake of David Bowie’s death. Fans watched as Angie confided in Pollard about her husband’s fresh passing. Though when she explained the situation, she left out the fact that she was talking about David Bowie and simply said “David is dead.”

This lead Pollard to believe that David Gest, a contestant within the Big Brother house, had just passed. Chaos ensured as the star rampaged and made television gold.

“David Gest was so ill and he was battling some really bad coughs and he was sleeping a lot during the day and they were giving him medicine,” the star told TooFab, “So, when Angie told me that David died, that’s the only David that came to mind because there was no television or newspaper, or anything like that so I couldn’t have known.”

The Queen of Meme

Pollard’s most recent entertainment endeavor is her VH1 talk show called Brunch with Tiffany. Each episode features a ten minute conversation between Pollard and the biggest names in entertainment. From Champagne the God, to Sonja Morgan, to various cast members of RuPaul’s Drag Race, her gift of gab is on pure display in these hilarious conversations.

“Doing brunch, where you just get to sit there and order the Champagne and all of the most expensive food on the menu while getting the tea,” the star tells Vogue,  “I couldn’t imagine doing anything else.”

Though, what many younger viewers know Tiffany for best is the hundreds of memes made from her iconic history on television. Gif, clips, hilarious images – Pollard’s got ’em all as fans of hers make her presence on social media colossal.

“I love my social media presence,” she continues, ” I could have had 20 million followers, but social media wasn’t poppin’ back then!”