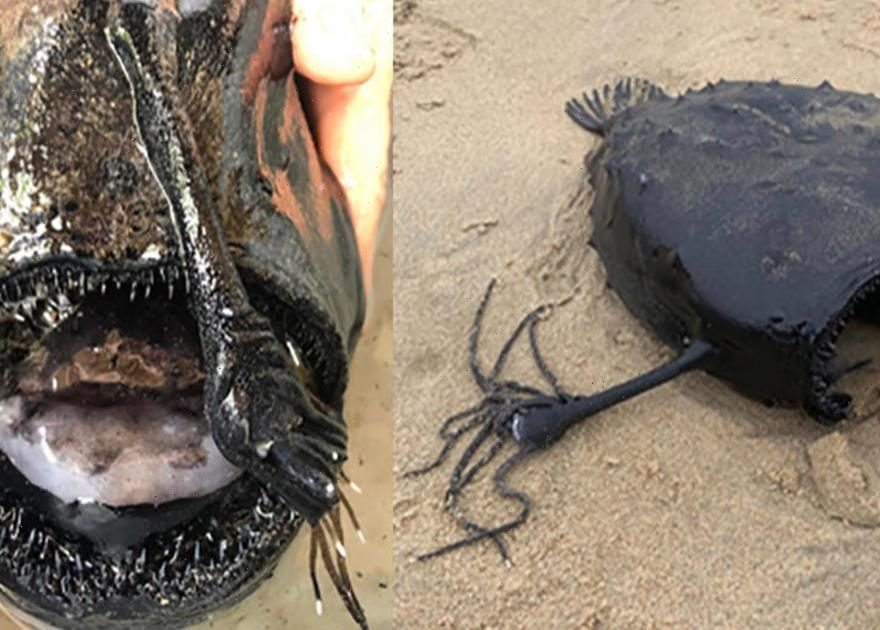 A beachgoer was shocked to discover a rarely-spotted fish, with a monstrous-looking body shaped like a football, washed up at a California beach last week.

Crystal Cove State Park shared pictures of the fish, which is completely black and has extremely sharp, pointy teeth, on social media on Monday. It said the creature is most likely a female Pacific Football Fish, one of more than 200 species of anglerfish around the world, typically found thousands of feet deep in the ocean.

“Only females possess a long stalk on the head with bioluminescent tips used as a lure to entice prey in the darkness of waters as deep as 3,000 feet!” the park wrote. “Their teeth, like pointed shards of glass, are transparent and their large mouth is capable of sucking up and swallowing prey the size of their own body.”

It was found in the park’s Marine Protected Area in Laguna Beach. While the fish itself is not rare, officials said it is extremely rare to see one intact.

According to the park, female football fish can grow up to 24 inches long, but males only grow to be about an inch long — their sole purpose is to help females reproduce. The fascinating fish has a phosphorescent bulb on its head that emits light to attract unsuspecting prey.

“Males latch onto the female with their teeth and become ‘sexual parasites,’ eventually coalescing with the female until nothing is left of their form but their testes for reproduction,” park officials said.

Officials don’t know how or why the “strange and fascinating” fish washed ashore, but said that “it’s important to reflect on how much is still to be learned from our wonderful ocean.”

The fish is currently in the custody of the California Department of Fish & Wildlife. 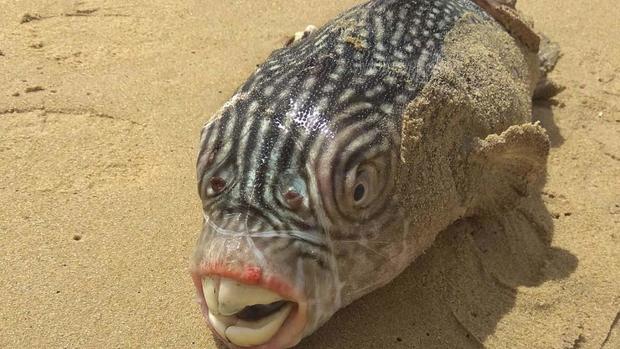