Platinum Party at the Palace: Stars hit the stage for Queen’s Jubilee concert

Queen Elizabeth II skipped the final day of celebrations for her Platinum Jubilee on Sunday – but was there in spirit as she appeared in hologram form.

A digital representation of the 96-year-old monarch’s younger self was projected onto the windows of the Gold State Coach, which carried her to her coronation in 1953.

The eight horse-drawn, gilded carriage was featured in the parade for the first time in 20 years, with an image of the Queen waving to the crowds as it drove through the streets of London.

More than 5,000 people were involved in the Platinum Jubilee Pageant, which concluded the weekend of festivities celebrating Britain’s longest-reigning monarch.

The jubilee kicked off Thursday with the Queen celebrating her official birthday beside her family members on the balcony of the palace as they watched the Trooping the Colour parade.

The Queen appeared to be in good spirits as she smiled beside her son Prince Charles and her grandson Prince William, who was joined by wife Kate Middleton and their three kids, Prince George, 8, Princess Charlotte, 7, and the show-stopping Prince Louis, 4. 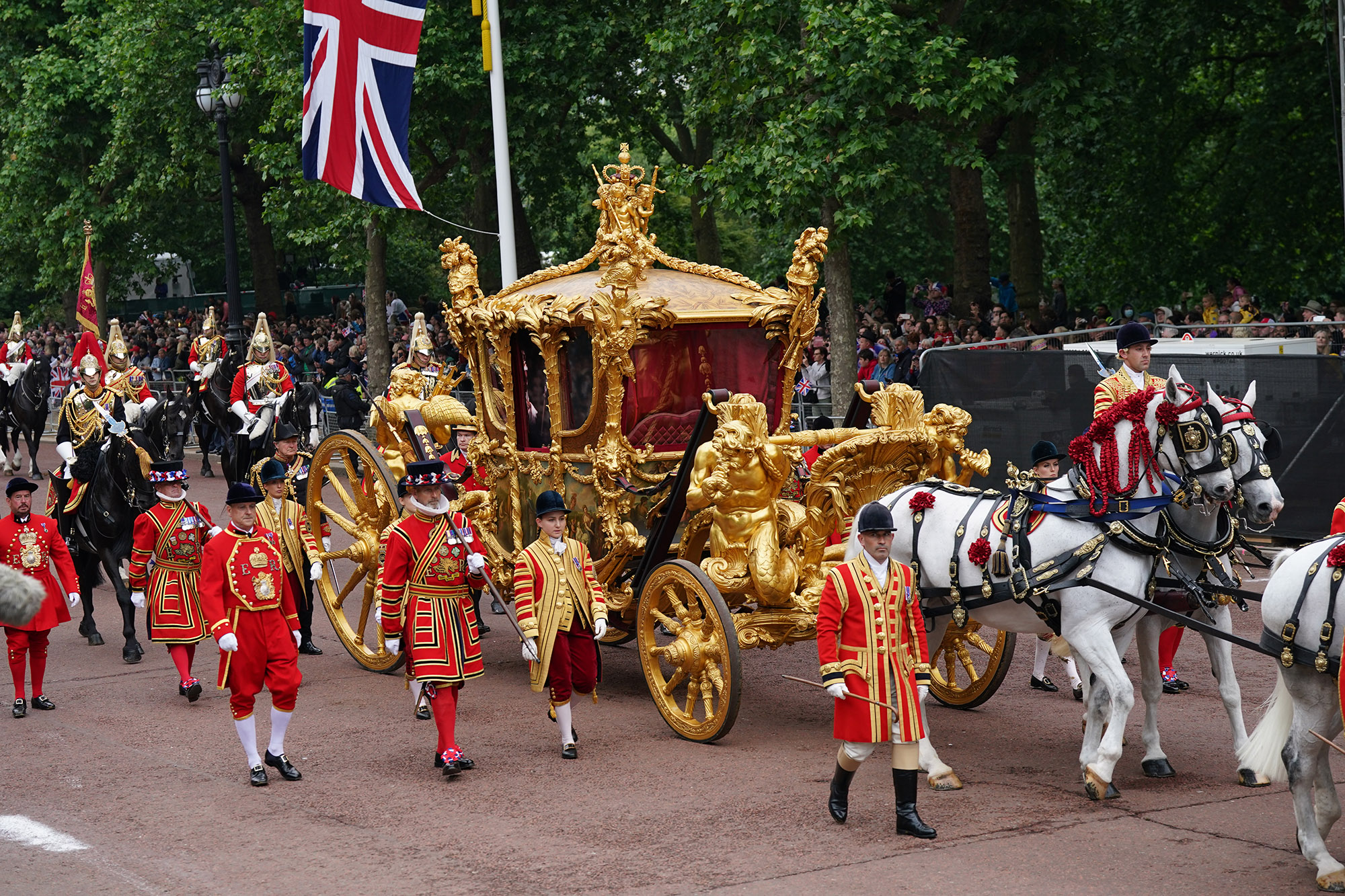 Notably absent from the balcony was Prince Harry, Meghan Markle and their two kids, Archie, 3, and Lilibet, 1, who were forced to take a back seat after quitting their royal duties and moving to Montecito, Calif., in 2020.

The Duke and Duchess of Sussex were, however, spotted enjoying the parade with non-senior members of the royal family from the Major General’s Office inside the palace.

Also missing from the gathering was Prince Andrew, who had his royal duties revoked in 2019 over his ties to late sex offender Jeffrey Epstein. The Duke of York also allegedly tested positive for COVID-19 on day one of the Platinum Jubilee celebrations. 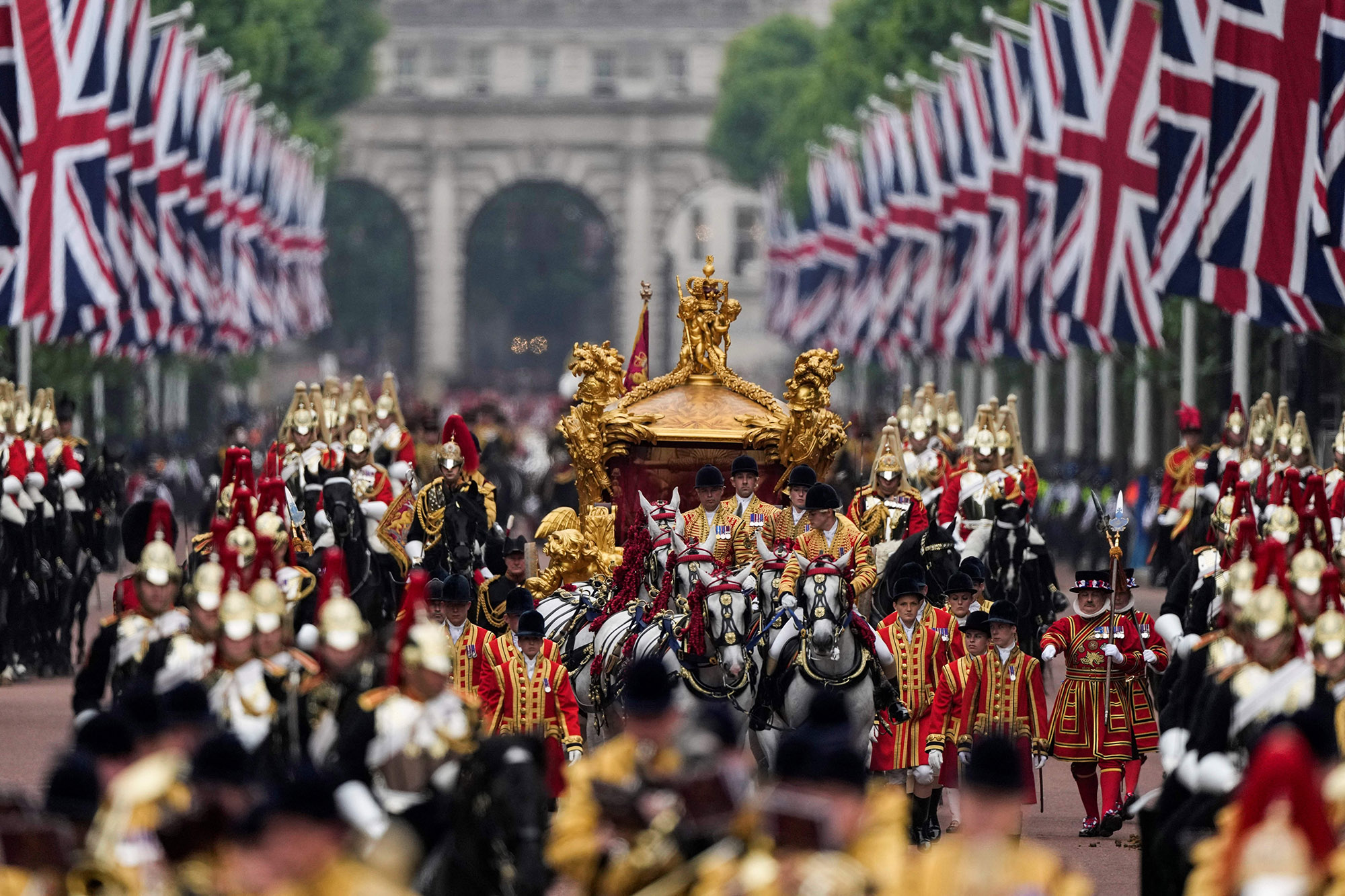 While the Queen was photographed smiling and waving to her subjects, Buckingham Palace announced that she would skip Friday’s events after experiencing “discomfort.”

Therefore, the longest-reigning British sovereign did not attend the National Service of Thanksgiving church service where Harry, 37, and Markle, 40, were booed. The couple also sat away from William, 39, and Middleton, 40, suggesting that the tension between the royal brothers remains.

Palace officials then announced Friday that the Queen would miss Saturday’s Epsom Derby, the annual horse race in Surrey, England, amid her health issues.

Instead, she watched the event on TV at Windsor Castle. 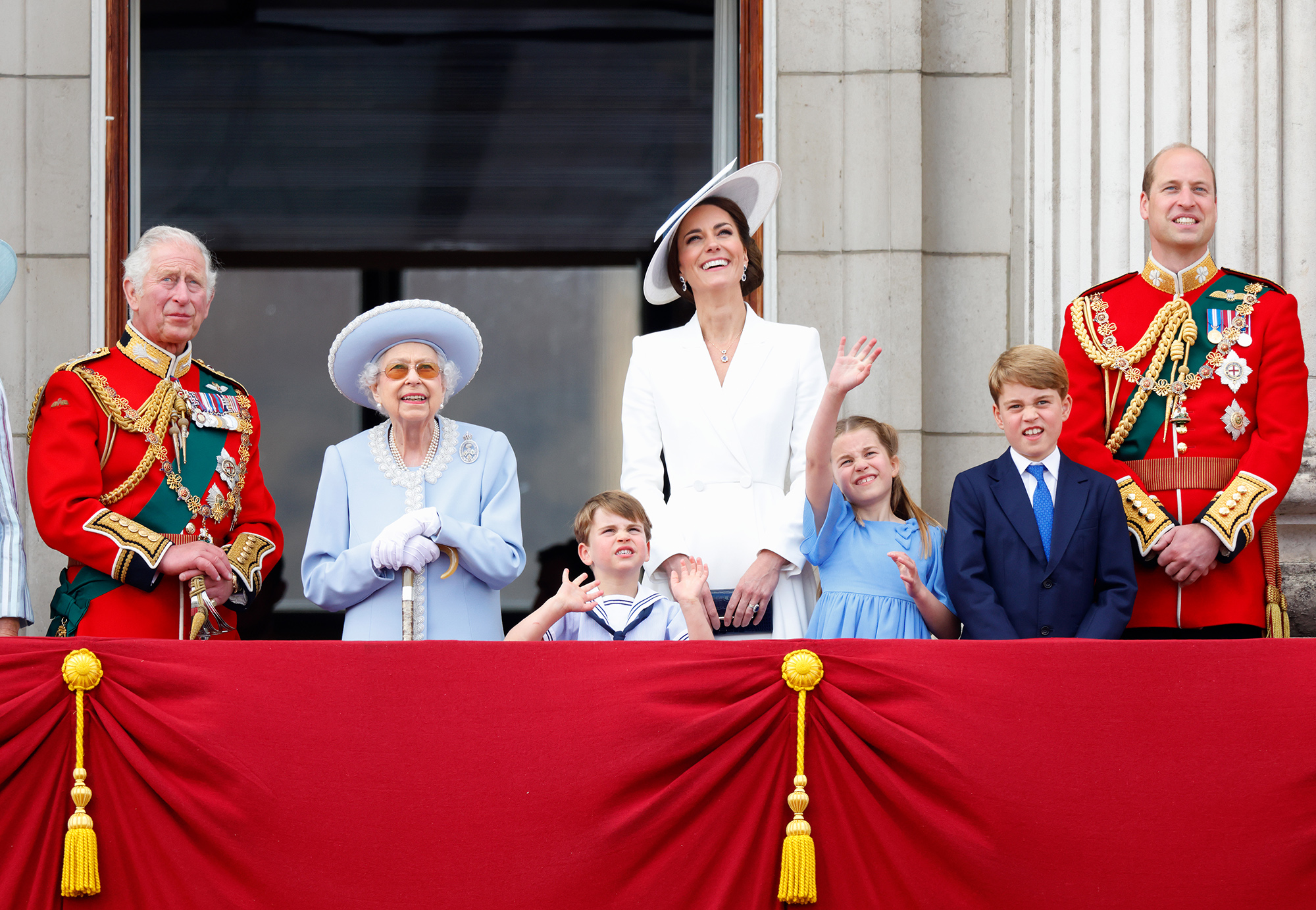 In October 2021, British Prime Minister Boris Johnson shared that the Queen was “on very good form” despite being seen using a cane for the first time in 17 years during an event at Westminster Abbey. An insider told Page Six at the time that Her Majesty used the cane “for her comfort.”

But the Queen has continued to raise health concerns in recent months after skipping out on several royal engagements. 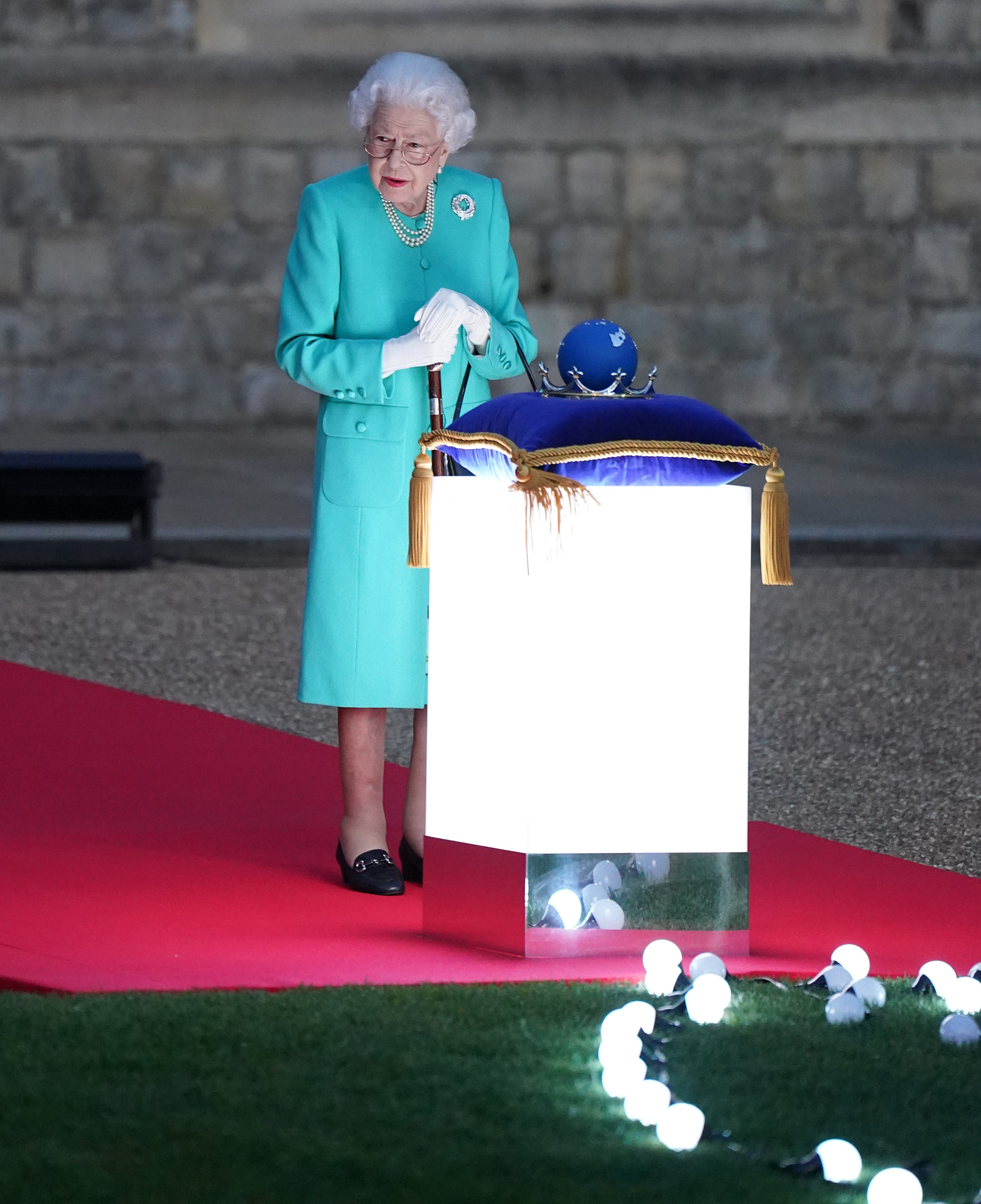 She was hospitalized for a night on Oct. 20 and subsequently canceled a trip to Ireland after being advised to rest for medical reasons.

The Queen was back to conducting her in-person royal duties in November, but she worried fans again when she tested positive for COVID-19 in February.

She returned to work in March, only to back out of an appearance in May over “mobility” issues. 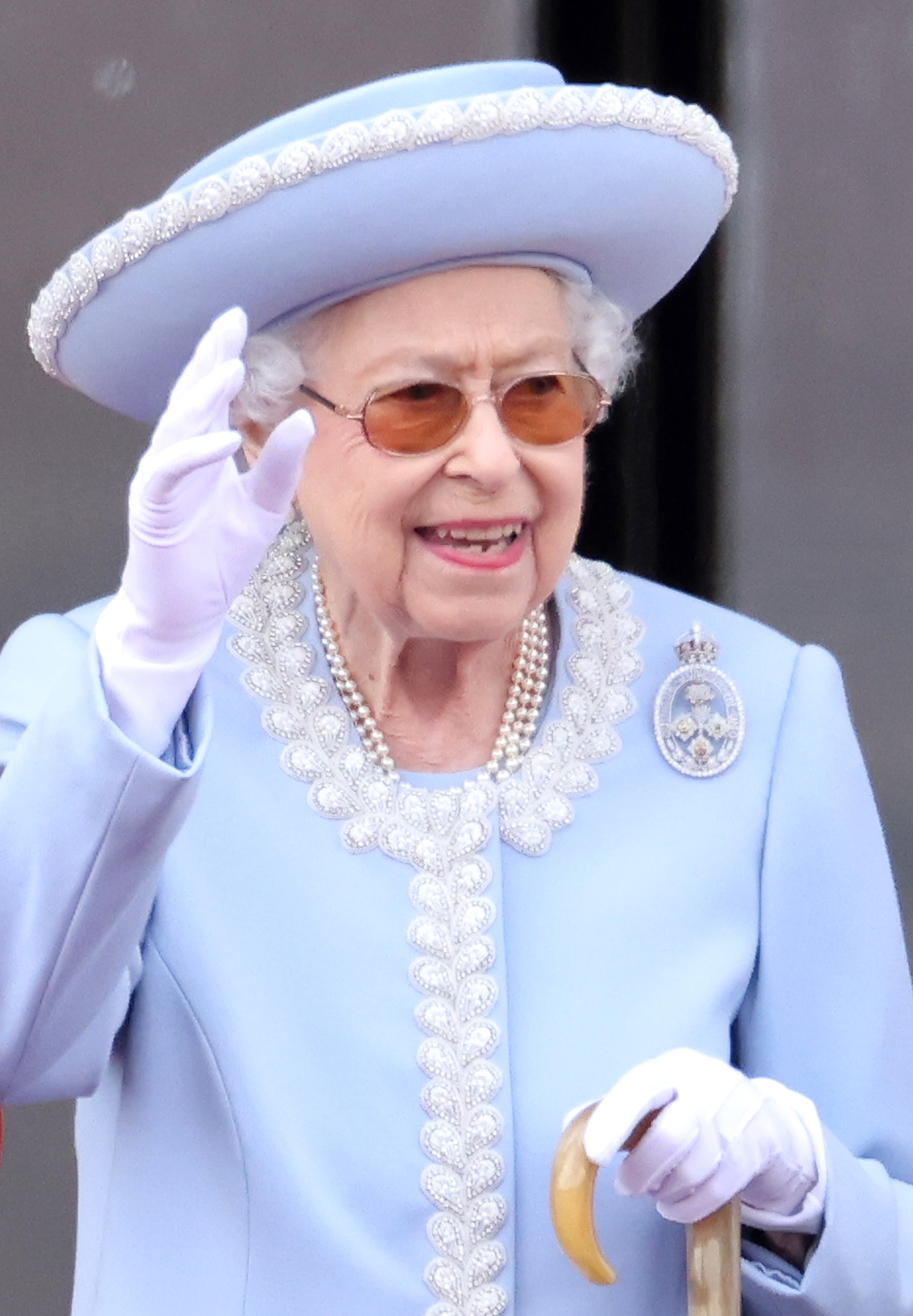 The UK government has long had a 10-day plan in place for when the Queen dies.

Charles, 73, is the heir apparent to the British throne. The Queen declared in February that the Prince of Wales’ wife, Camilla Parker Bowles, will take on the title of “Queen Consort” after she dies.