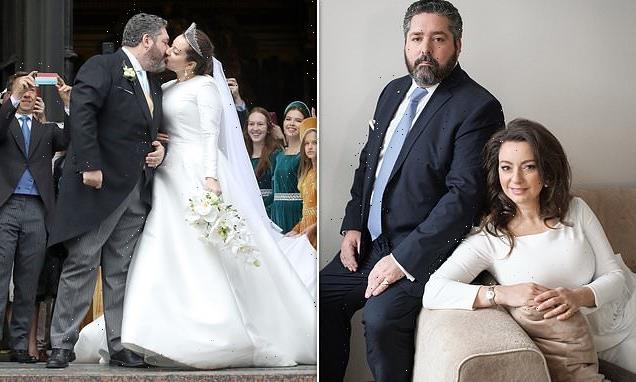 A royal baby is on the way! Grand Duke George of Russia and his wife Victoria announce they are expecting their first child together eight months after their glitzy St Petersburg wedding

The Grand Duke of Russia and his wife have announced they are expecting their first child together.

Grand Duke George Romanov, 40, and his wife Victoria, also 40, who live in Moscow, have shared on Instagram that their baby is due this autumn.

A statement revealed that Victoria is in good health and does not intend to postpone any of her engagements, but might reduce her outings as her due date approaches.

This happy news comes just eight months after George and Victoria tied the knot during a glitzy St Petersburg ceremony. 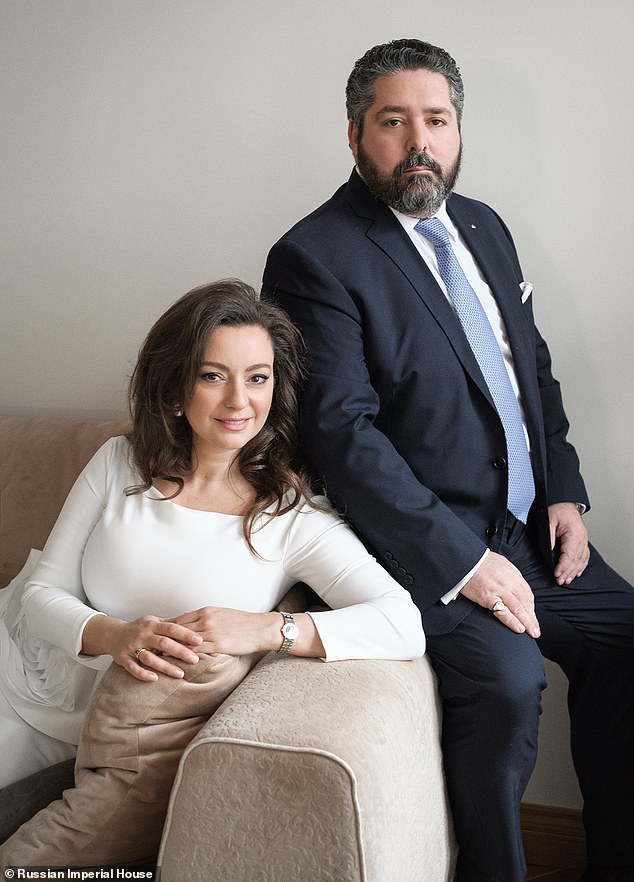 Grand Duke George Romanov, 40, and his wife Victoria, 40, who live in Moscow, have shared on Instagram that their baby is due for the Autumn

A statement shared in English by George’s official account read: ‘H.I.H. Their Heir Tsesarevich and Grande Duke George and his spouse, H.S.H. Princess Victoria are pleased to announced that Princess Victoria is expecting a baby in the autumn of this year.

‘H.I.H The Grand Duchess Maria, Head of the Imperial House of Russia, has received this news with great joy and gratitude to God.

‘The Princess is in excellent health and for the moment, does not intend to cancel or postpone any current engagements, although she may well limit her acceptance of new commitments as autumn approaches.’

The couple, who have called for peace in the Russo-Ukrainian conflict, did not reveal the gender of their baby. 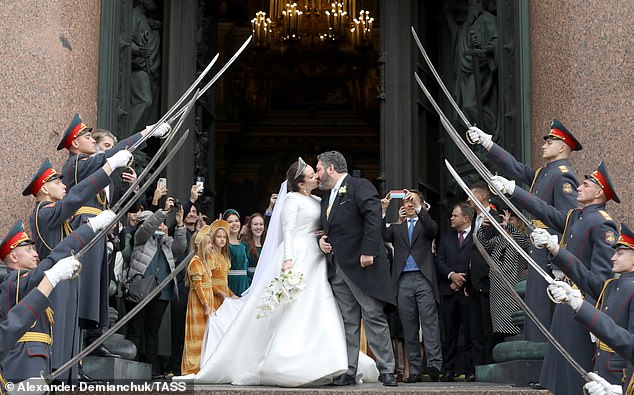 This comes less than a year after the couple married in St Petersburg.

Victoria and George said their vows at the Saint Isaac’s cathedral in the former imperial capital Saint Petersburg in the presence of dozens of royals.

The bride donned a stunning white satin gown which featured a high neck, long sleeves and a billowing skirt, as well as a glittering diamond tiara, which was designed by Chaumet, official jeweller to Empress Joséphine and Napoléon.

Born in Madrid, Romanov is the son of Grand Duchess Maria Vladimirovna Romanova, the self-proclaimed heir to Russia’s imperial throne.

She is the granddaughter of Grand Duke Kirill, a cousin of Nicholas II, the last Russian tsar who was executed along with his wife and five children by the Bolsheviks in 1918. 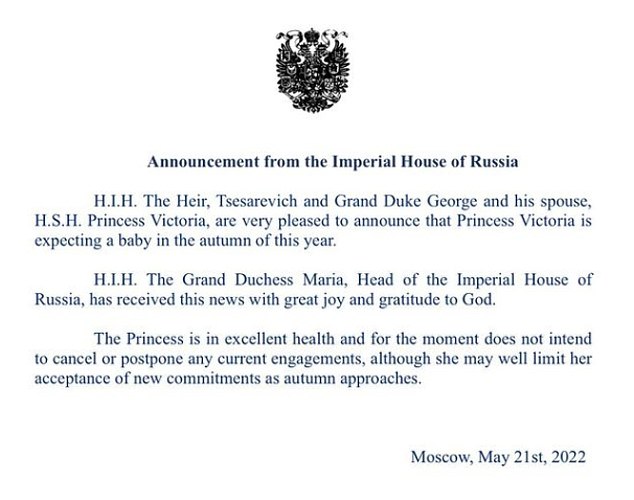 The news was announced shared on George’s Instagram account. The gender of the baby was not revealed at this time

George is distantly related to the British royal family, and is the great-great-great-great grandson of Nicholas II of Russia, who was cousins with Britain’s George V, and Alexandra Fedorovna, who was Queen Victoria’s granddaughter.

Meanwhile he is also the godson of King Juan Carlos and Queen Sofia of Spain, King Constantine of Greece, and King Simeon of Bulgaria.

Romanov, who graduated from Oxford and spent much of his life in France, met Bettarini in Brussels, where he worked in the European Parliament.

Bettarini converted to the Orthodox faith last year and changed her name to Victoria Romanovna. 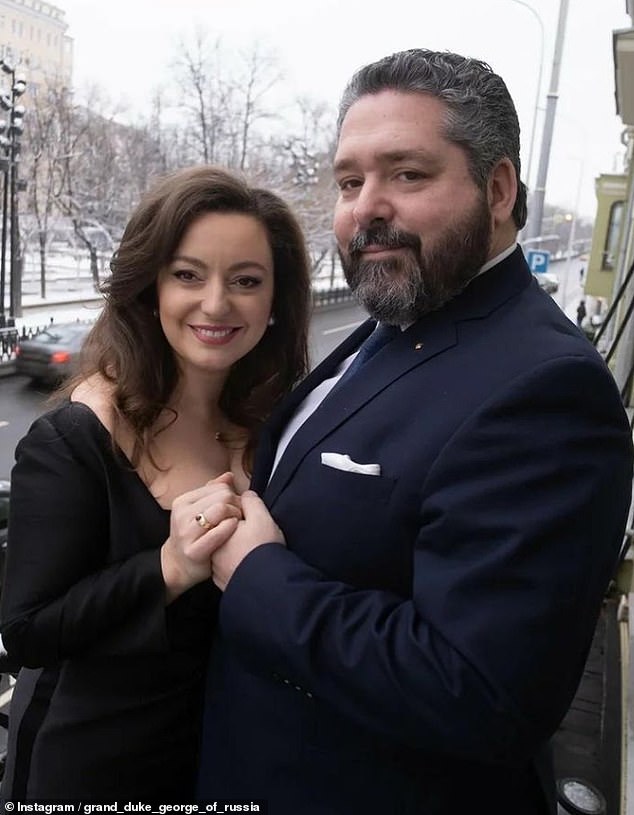 A statement revealed that Victoria is in good health and does not intend to postpone any of her engagements, but might reduce her outings as her due date approaches

The couple met as youngsters, with Rebecca often accompanying her father to official receptions where they crossed paths.

Later, they both started working in international companies and met again at a reception at the French embassy in Brussels.

After living in Belgium for six years, the couple moved to Russia, where he works as a lawyer, and she works as a writer.

The couple first lived in the Moscow suburbs before relocating to the city centre next to the Kremlin.

‘I think that we can be ambassadors of goodwill.’