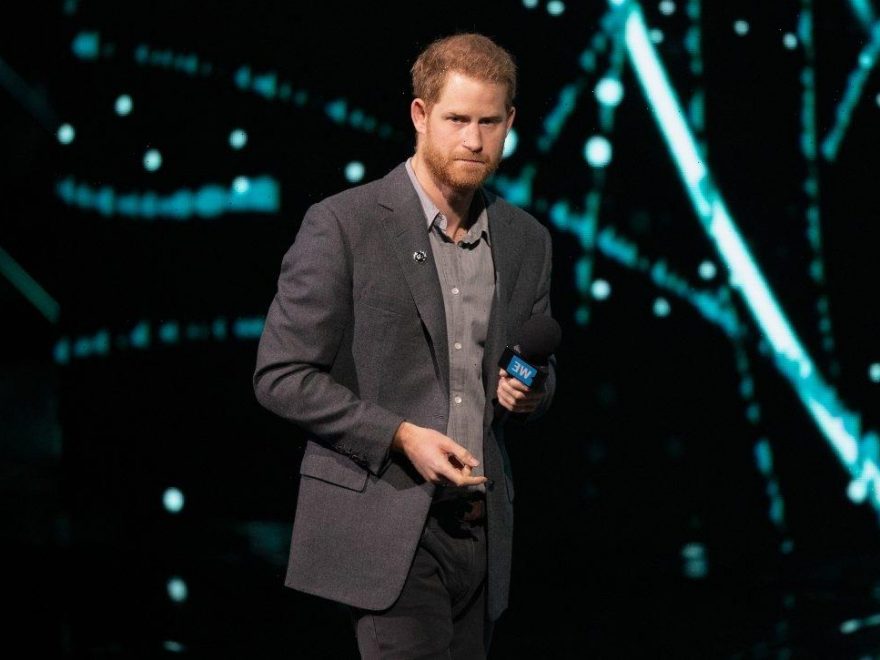 Prince Harry has remained in the spotlight since stepping down as a senior royal and moving to America in 2020, however, most of the headlines have been about his relationship with his family members across the pond.

During the prince and his wife Meghan, Duchess of Sussex’s interview with Oprah Winfrey in March, Harry talked about his strained relationship with his father Prince Charles. Fast-forward to May and the Duke of Sussex spoke about the Prince of Wales again but this time a royal expert is slamming Harry for throwing his grandmother, Queen Elizabeth II, and his late grandfather, Prince Philip, “under the bus.”

On May 13, Harry appeared on the Armchair Expert with actor Dax Shepard to discuss a range of topics from his time in the military to mental health to growing up with privilege. He also touched on Prince Charles’ parenting. During the 90-minute chat on the podcast, Harry said that when it came to his upbringing his father “treated me the way he was treated.”

The Duke of Sussex had this response when asked if he was trying to raise his own son differently: “Yeah… Isn’t life about breaking the cycle? There’s no blame. But certainly when it comes to parenting, if I have experienced some kind of pain or suffering because of the pain or suffering that perhaps my father or my parents had suffered, I’m going to make sure I break that cycle so I don’t pass it on.

“As parents, we should be doing the most we can to say, you know what, that happened to me, I’m going to make sure it won’t happen to you.”

Duke criticized for ‘throwing the queen and Philip under the bus’

It’s not known how Harry’s family feels about what he said during the podcast but a royal expert publicly took issue with the comments and accused the prince of “throwing the monarch and his late grandfather under the bus.”

Robert Jobson wrote on Twitter: “So Prince Haz has not only thrown his dad under the bus, but the queen and late grandpa too for their parenting style. Forgive me, but he’s been a dad for how long? Perhaps he should pen a book on how to parent properly drawing on his wealth of experience? For ‘charity’ of course.”

On the Australian morning show Sunrise, Jobson added: “To not only criticize his father’s parenting skills, but also the queen and Prince Philip who has only just had his funeral, I think it smacks of pretty shameful behavior.”

Prince Charles was asked about his son’s comments

Prince Charles was seen at an engagement after Harry’s podcast appearance made news and the Prince of Wales was asked what he thought of his son’s parenting comments.

“Prince Charles was asked by a BBC reporter today about his relationship with Prince Harry following his son’s latest broadside,” the Daily Mail’s royal editor Rebecca English tweeted. “He didn’t answer and got on with the job in hand — a visit to BCB International, which makes protective, medical and defense equipment, in Cardiff.”

The future king has been staying mum on matters involving his youngest son. He was previously asked to respond to what Harry told Oprah in March but he did not answer questions that day either.