Spoiler warning for the most recent One Piece chapter

One Piece chapter 1051 brings the Wano arc in the manga closer toward its natural conclusion as Kaido and Big Mom take a swim in lava. Now, with the raid being a resounding success, it’s easier to see the statuses of certain characters. When the smoke clears for the citizens of the Flower Capital, they get a look at the survivors of the Raid on Onigashima. 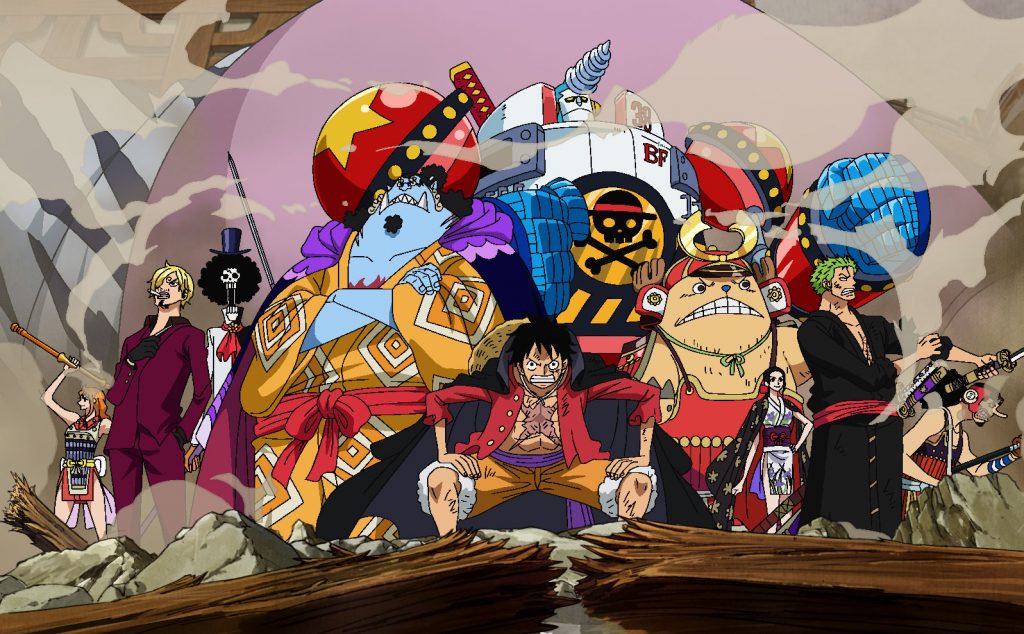 Eiichiro Oda put out another hit with One Piece chapter 1051. To recap, the chapter begins with the Nine Red Scabbards accompanying a hidden Kozuki Momonosuke and Hiyori with heavy smoke surrounding them. As the dust settles, it’s revealed that Kinemon is totally fine. That’s the same Kinemon who was clubbed in the head by Kaido and also split in half.

Also on the surprisingly alive list is Kikunojo, who lost her arm way back on the rooftop and still took a beating from Kaido in the castle later on in the raid. It appears that at Izo’s behest, Usopp was able to get both of these characters to safety.

The story cuts to Yamato who declares to the Straw Hats (while Luffy lies unconscious) that they’ll be joining the crew. Half of the team is thrilled while the other half is surprised. A few flashbacks for O-tama and other Wano citizens later and Adult Momo is finally revealed. While it’s clear that he’s the son of Kozuki Oden, he definitely has a unique and reasonable character design. Great work there, Oda.

The end of the chapter teases that Momo will later be known as a great shogun. It’s really convenient that he was aged up 20 years. But you know who we didn’t see in that chapter? Izo and Ashura Doji, two vital characters to the raid that’s underway in the anime currently.

Izo and Ashura Doji are nowhere to be found

We last saw Ashura Doji, or Shutenmaru, in the castle where the Nine Red Scabbards, or the Akazaya Nine, were recovering after their initial encounter with Kaido on the rooftop. One of Kanjuro’s drawings posed as a revived Kozuki Oden, but Ashura Doji did a great job of seeing through the ruse. His last appearance in the manga shows him attacking the drawing as it explodes and engulfs him in the blast radius.

As for Izo, he was last seen protecting Usopp from opposing pirates as the later is attempting to save Kinemon and Kiku. He orders Usopp to take Kinemon and Kiku to safety while he stays behind to watch Usopp’s back. After taking care of the Beast Pirates in the way, Izo faces off against CP0 agents who are there to contribute to the chaos after their business is interrupted by the raid on Onigashima.

As the Scabbards emerge through the smoke in One Piece chapter 1051, both of these characters are missing. Even the nearly unconscious Kikunojo appears. One of Eiichiro Oda’s biggest criticisms is that he rarely kills off characters. It’s a good bet that he’s addressing that criticism by killing off two of the Scabbards. It’ll also be interesting to see if Kaido and Big Mom are actually dead or simply incapacitated.

Given the stakes of the raid on Onigashima and the odds of survival going into it, having a character die would be a good way to communicate the seriousness of war through the story. Characters don’t need to die for things to get serious in general, but with the themes explored in this arc, it would bring the story to an even more emotional resolution if not all the Scabbards make it to see Wano’s new dawn.

What to expect from ‘One Piece’ chapter 1052

The best part of One Piece chapter 1051 is that there’s no break this week. That means we won’t have to wait long to see the natural continuation of plot threads that are carried on in this latest chapter. There are still quite a few ideas that need resolution, including Yamato’s attempted inclusion in the Straw Hat crew, what’s going on with the large naval army waiting at the entrance of Wano, Zunesha and all the Minks just hanging out outside the country and more.

It’s likely that the story will at least take one of those threads and run with it. Let’s assume that Luffy will wake up after collapsing due to fatigue following his official victory against Kaido. At the very least, we’ll be able to know once and for all if Yamato truly will join the crew. At this point, it’s hard to find a reason why they shouldn’t. We’ll know more once One Piece chapter 1052 spoilers release on Reddit. One thing’s for sure – post-Wano content will be packed with a ton of worldbuilding.