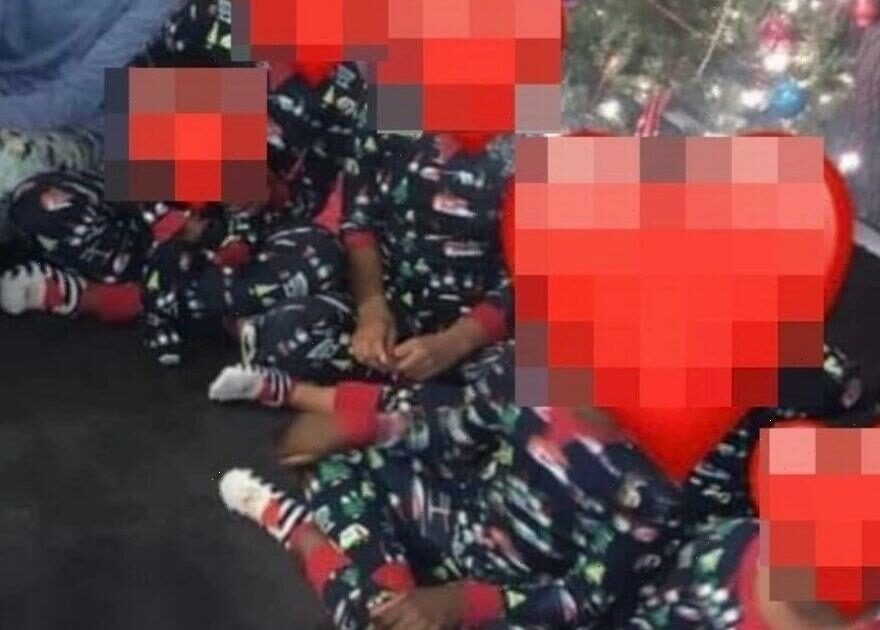 A mother-in-law has been criticised online for buying her grandkids matching Christmas pyjamas, but not getting a pair for her son’s stepchild.

The grandma shared a snap of her posing with her grandchildren in their festive PJs on Facebook, but a family friend spotted something unusual.

While five of the children wore dark blue pyjamas lined with red necks and cuffs and patterned in Christmas motifs, one child was not adorned in the same clothes.

And, it seems that it is the daughter-in-laws child from a previous marriage who was left out and forced to wear her own, different PJ set.

An angry family friend shared the snap on a local Facebook group to call the grandma out, reports the Sun.

Captioning the post, they wrote: “Some people out there with no heart!

“A friend of mine is married. Mother in law bought matching PJ’s for all kids EXCEPT the one that doesn’t belong to her son. Is she wrong?”

Group members slammed the grandparent for her choice in the comments.

One person said: "100% wrong!!! The woman should feel ashamed of herself for leaving an innocent child out!!!"

Another noted: “This is horrible to the core!”

“Wow what a horrible thing to do,” a third commented.

But, some commenters were confused about why the child’s mum didn’t intervene.

One said: "The mum should have refused them.

“To let this happen and then take a photo as well.”

And, some even defended the grandparents choice.

One wrote: “At the end of the day it's her choice.

“I wouldn't say I agree nor disagree as at then end of the day this happens a lot these days and people have their own way which some will see as wrong and others won't."

What do you think? Tell us in the comments section…