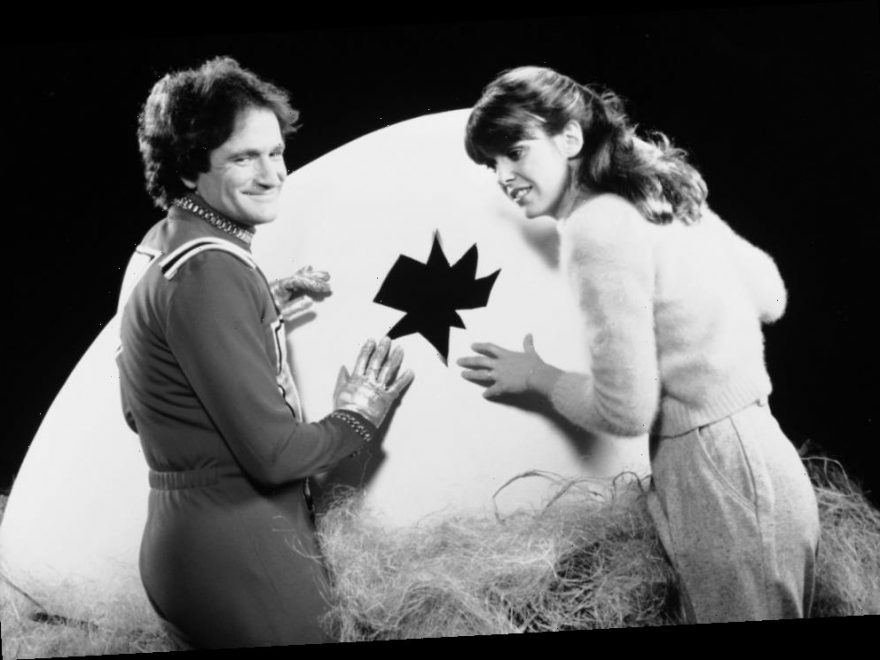 Happy Days was an iconic TV show that spawned several spinoffs. Producer Garry Marshall’s TV universe defied the typical belief that sequels were a letdown. On the contrary, Laverne & Shirley would surpass Happy Days in ratings. And Mork & Mindy had four successful seasons after pulling inspiration from a single episode of the original series.

The latter would serve as Robin Williams’ big break when he played the title character, Mork. His alien acting would shape his career. But he might’ve missed the chance if it hadn’t been for his one-of-a-kind audition.

When Marshall pitched an episode dreamed up by his young son, he expected to get a few laughs. But he didn’t expect to find the team willing to welcome an alien from planet Ork into the cast.

Perhaps even more shocking than the impromptu sci-fi introduction into the sitcom was the audience’s reaction. The 22-minute episode radically deviated from the normal plotline and starred a relatively unknown Robin Williams as the alien.

Although most agreed Mork had no real place in Happy Days, viewers’ intense interest in the character prompted a spinoff. Less than seven months after his Happy Days introduction, Robin Williams returned for Mork & Mindy‘s premiere.

The show follows Mork after he lands on Earth to study humans’ behaviors and lives. Of course, it wouldn’t be a Garry Marshall show if it didn’t focus on apartment roommates, so Mork boards with Mindy McConnell, portrayed by Pam Dawber. And her life is “never the same,” IMDb reports.

‘Mork & Mindy’ wouldn’t be the same without Williams’ otherworldly talents

For those unfamiliar with the ’70s underground comedy scene: Robin Williams came out of nowhere. Mork & Mindy was his first recurring fictional role. You could say he was completely alien to Hollywood. You’d think that as an outsider, he’d have fears about fitting in. But for Williams, going against the norm is exactly what landed him the role.

Producers had offered comedian Don DeLouise and popular actor Roger Rees the Mork role before director Marshall even heard the name “Robin Williams.” After both turned down the part due to other obligations, Marshall’s sister recommended Williams, whom she had seen performing on the street. Marshall was understandably skeptical, but he was completely blown away less than a minute into Williams’ audition.

Marshall invited Williams to sit at the beginning of the tryout, and he promptly sat in the chair upside-down, Mental Floss reports. The comedian quickly became the clear choice. Marshall famously said, “He was the only alien to audition.”

Williams went on to achieve even more stardom

Although Williams will forever be associated with Mork, the actor’s diverse talents and wide range meant he was never trapped in one character. He defined characters that have since become iconic, including Aladdin’s Genie. And a perfectly portrayed role in Good Will Hunting saw Williams win an Academy Award for Best Supporting Actor. He even reinvented classic figures, such as Teddy Roosevelt in Night at the Museum.

Tragically, the actor died by suicide in 2014. He is mourned by friends, family, and fans alike. But his legacy lives on in every role he played, every screen he graces, and every smile he sparks.