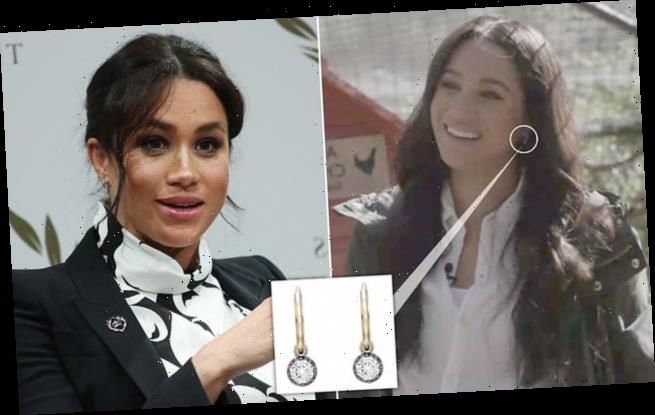 Wax jacket, wellies and $4,100 earrings: How Meghan Markle went ‘back to basics’ for her oh so casual chicken coop chat with Oprah

The Duchess of Sussex donned a pair of glittering diamond earrings while giving Oprah a tour of a chicken coop during yesterday’s explosive interview.

Pregnant Meghan Markle, 39, cut a casual figure in a pair of jeans and a simple white shirt as she offered the media mogul a tour of her back garden at her $14 million Californian mansion during one segment of the programme.

But the mother-of-one, who is known for her love of designer brands and expensive jewellery, added a touch of glamour to her look by wearing a pair of dazzling $4,100 (£2,950) diamond  earrings by designer Jessica McCormack.

During the clip, the Duchess claimed she and Harry want to ‘live authentically’ and get back ‘down to basics’ before offering Oprah around Archie’s chicken coop. 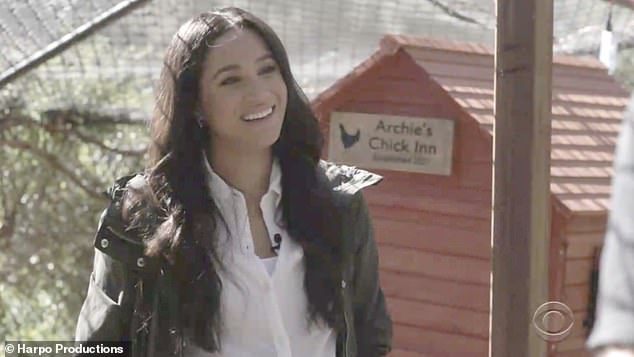 The Duchess of Sussex, 39, showcased her love for expensive jewellery as she donned glittering diamond earrings worth £2,950 while giving Oprah a tour of a chicken coop during yesterday’s explosive interview 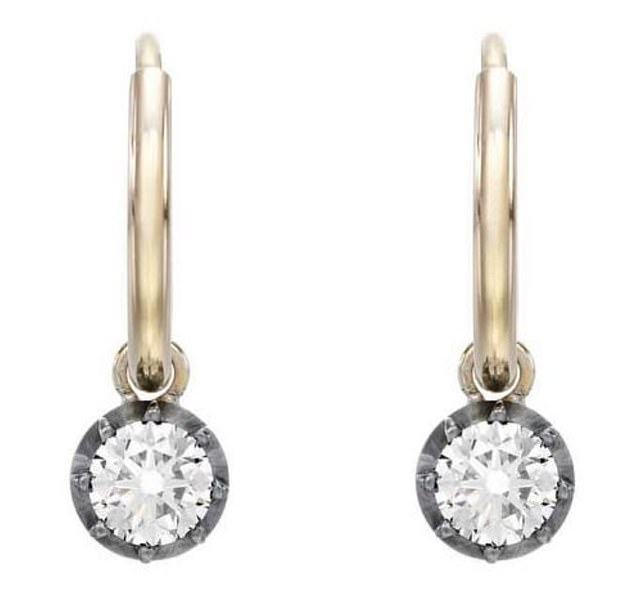 During the short segment, the Duchess wore her lengthy dark hair in soft waves framing her face.

However the royal made sure to add some glamour to her outfit by donning a pair of Jessica McCormack earrings costing thousands of pounds.

Jessica’s collection of delicate hoops, suspending diamonds, sapphires and rubies,  has become a clear best seller for the brand. 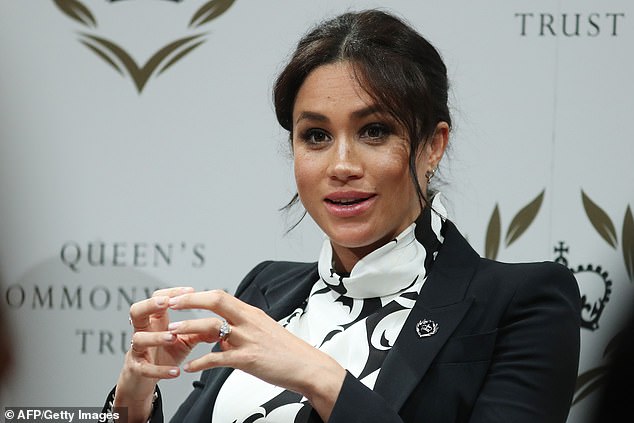 The Duchess previously wore the earrings, which have been a huge hit with celebrities, as she attended an International Women’s Day panel two years ago

The earrings have been a particular hit with celebs, with the likes of Victoria Beckham and Rosie Huntington Whitley sharing Instagram snaps of themselves wearing the jewellery.

The Duchess if a huge fan of the brand, previously wearing the earrings on an International Women’s Day panel two years ago while pregnant with son Archie Harrison.

She also wore the £8,800 diamond Tattoo pendant by New Zealand-born designer as she gave a speech in Wellington to mark the 125th anniversary of women’s suffrage in 2018.

While visiting the Robert Clack School in Essex in March 2020, she wore the brand’s £9,500 ‘Chi Chi’ Rose Gold and Diamond Bracelet and at Wimbledon in 2019 she was seen wearing the £3,000 Signature Sapphire Heart Button Back Ring. 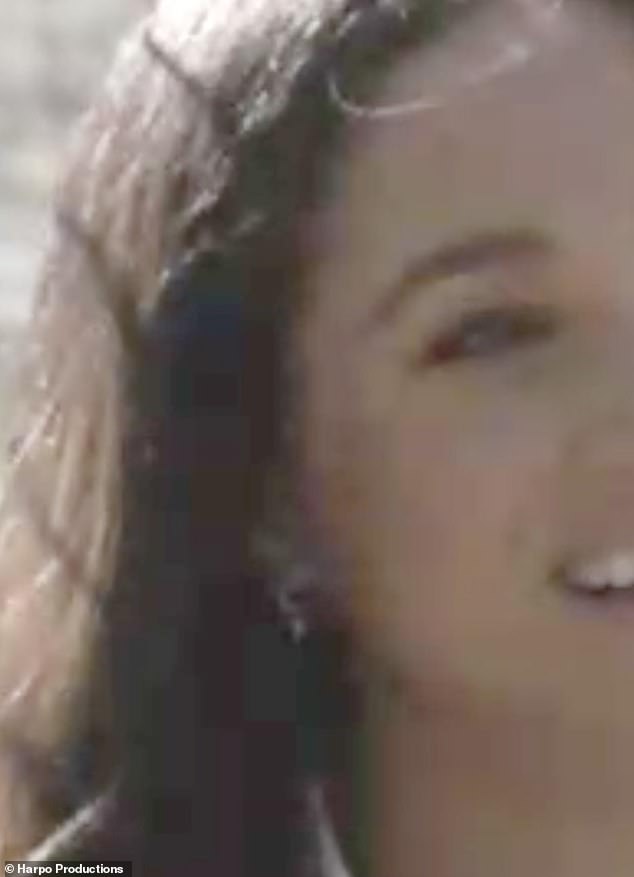 The diamond jewels were visible beneath the Duchess’ lengthy locks, which she wore in loose waves for the clip

Meanwhile the Duchess also wore a pair of ruby heart shaped earrings for the Festival of Remembrance in November 2019 which cost a staggering £4,000.

During the interview Meghan told Oprah the couple are embracing a more ‘authentic’ life since they quit the Royal Family as senior working royals last year.

‘I think just being able to live authentically [has been the most important thing],’ said Meghan.

‘This kind of stuff is so basic, but it’s really fulfilling and about getting back to basics.’ 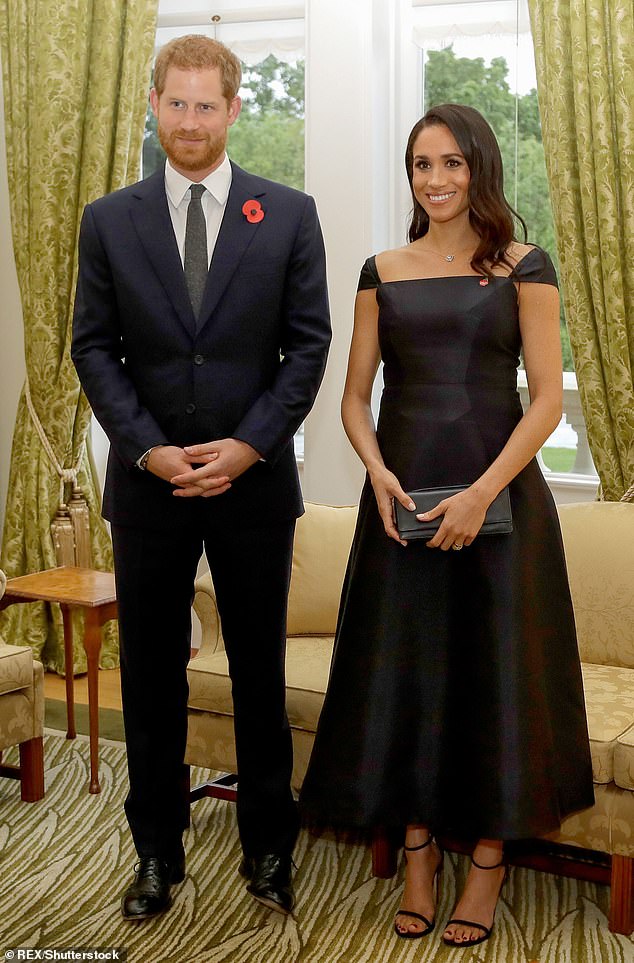 Meghan wore the £8,800 diamond Tattoo pendant by New Zealand-born designer as she gave a speech in Wellington to mark the 125th anniversary of women’s suffrage in 2018

This ‘back to basics’ lifestyle comes after they set up home in their sprawling nine-bedroom and 16-bathroom $14.65 million mansion in upscale Montecito back in July, where their neighbors include Winfrey, Ellen DeGeneres and Ariana Grande.

Meghan and Harry took the talk show host around the grounds of their lavish home and introduced her to their rescued birds which live in Archie’s chicken coop.

A plaque on the side of the hut reads ‘Archie’s Chick Inn. Established 2021’.

In the footage, the trio are dressed down with Harry sporting a pair of wellies and jeans and T-shirt as he fed one of the rescue birds. 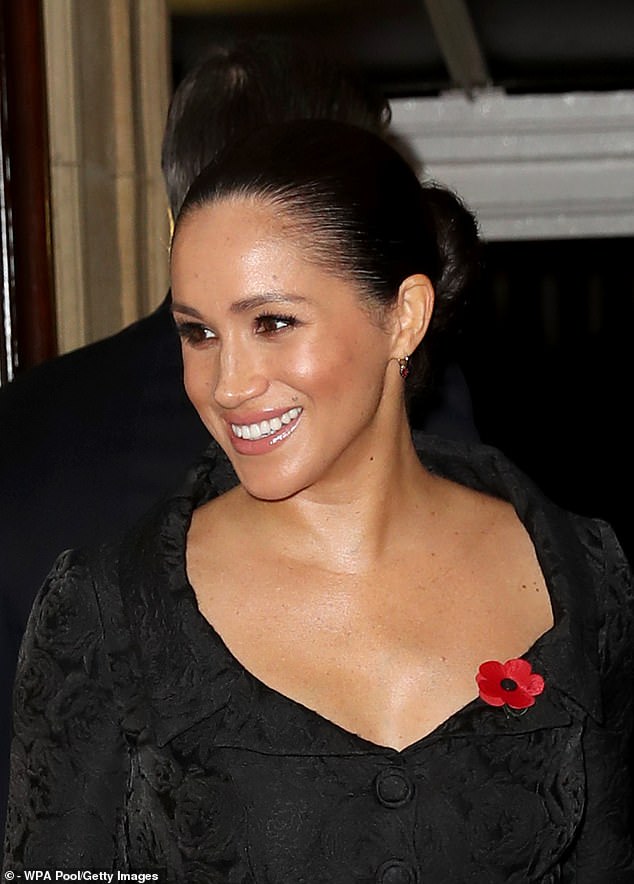 Meanwhile in November 2019, the Duchess wore a pair of ruby heart earrings by the designer which cost an incredible £4,000