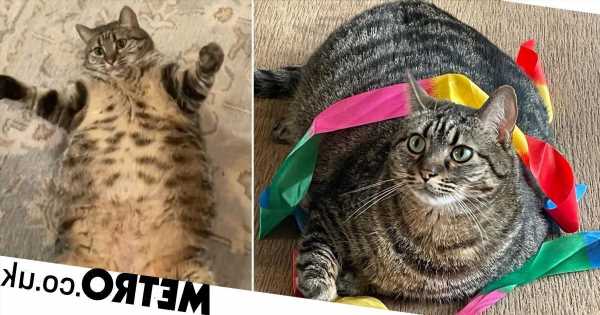 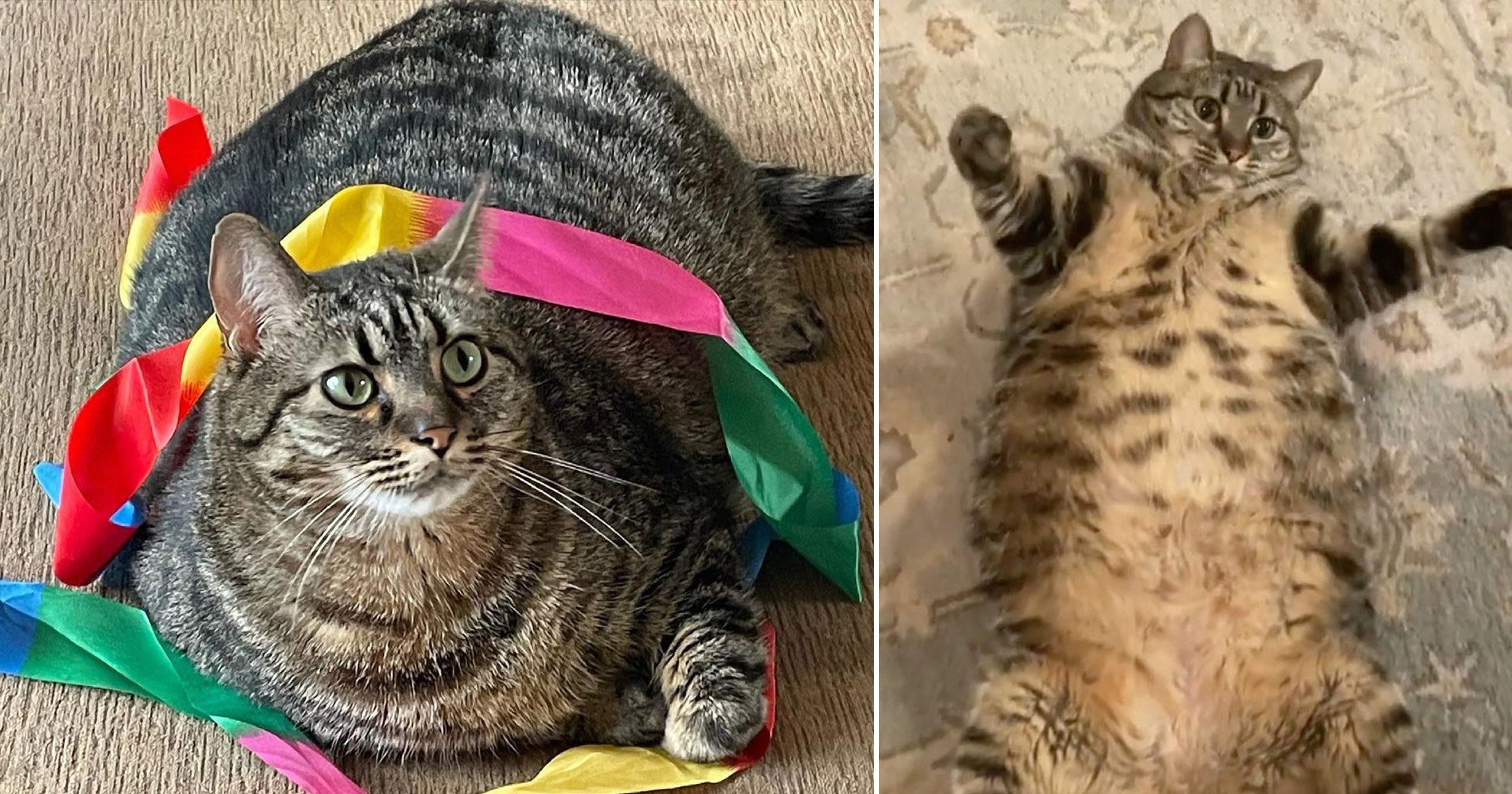 We love a large cat.

The more cat, the better, in our opinion.

And so we’re big fans of Swayze, a five-year-old American shorthair, from Northern Georgia, US.

Her owner, Abbe Nelson, has no clue why her beloved pet is so massive, and says that regular vet visits show the cat is in good health.

Abbe even notes that her other cats eat twice as much as Swayze does, which makes the feline’s size all the more baffling.

She has tried to put the cat on a prescription diet, but that didn’t reduce her weight.

The good news is that Swayze’s large size has made him a bit of an internet star, attracting over 32,100 followers on her Instagram.

‘I wish I knew why Swayze is so big,’ said Abbe.

‘I limit Swayze to very little food and I don’t leave food in her bowl all day.

‘She has been on a prescription diet and that didn’t work. I just limit her food and she has lost some but she is stuck at 16.8lbs.

‘I feed her half a can of wet food two times a day and sometimes feed her 1/8 cup of dry, but not on a regular basis.

‘I don’t give her snacks or treats except, cheese but it is so rare that I give it to give her.’

We won’t question it further. Just enjoy Swayze and her heft.