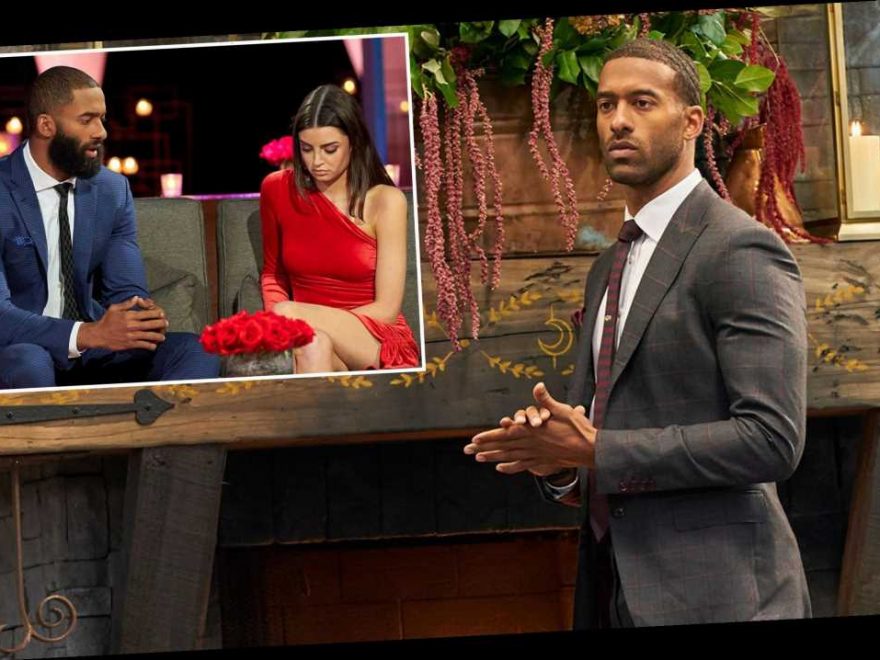 Matt James is looking for a therapist after ‘Bachelor’ finale

‘Bachelor’ Matt James: Seeing Rachael Kirkconnell ‘hit me like a ton of bricks’

There’s no rose without a thorn.

“Bachelor” star Matt James has deleted all of the posts on his Instagram following the announcement of his breakup from Rachael Kirkconnell over her racism scandal.

James’ page was wiped clean on Friday just days after he shared that he was in need of a therapist.

James, the first black “Bachelor” on the show, ended the 25th season finale by presenting Kirkconnell with the final rose, though he did not propose.

However, things went south for the couple when photos of Kirkconnell attending an antebellum-themed college party in 2018 photos surfaced after filming wrapped.

She issued an apology in February, stating: “I was ignorant, but my ignorance was racist.”

But James revealed during the “After The Final Rose” special this week that he had called things off because he couldn’t ignore Kirkconnell’s actions.

“It’s heartbreaking, it’s disappointing,” he told her, adding, “When I questioned our relationship, it was in the context of you not understanding my blackness … that’s why we can’t be in a relationship.”

She responded by admitting her ignorance, saying, “People need to realize saying ‘this is normal where I come from’ doesn’t make it right.”

The reality tv contestant has since said that James is still the love of her life.

“i knew from the first night i met matt that he was something special, and i was praying to share something exceptional between the two of us if that’s what was meant to be,” she wrote on Instagram.

She continued, “while i never expected this outcome, i respect his decision completely. of course i wish circumstances were different, but i still feel blessed for the time we did have together and the memories we made.”

Kirkconnell isn’t the only one affected by her scandal. “Bachelor” host Chris Harrison temporarily left the show after brushing off Kirkonnell’s actions.