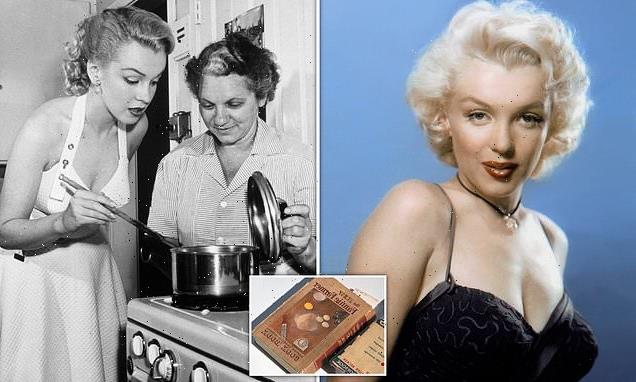 Some like it hot! Marilyn Monroe’s cookbooks reveal she enjoyed warm cereal for breakfast and broiled meats for dinner before ending her day with rice pudding and an eggnog

How do you like your eggs in the morning? Cracked into a pan of hot milk and gulped down in a hurry if you’re Marilyn Monroe.

A pair of cookbooks that once belonged to the Some Like It Hot star have shed new light on the screen siren’s unorthodox eating habits and domestic life.

The well-worn volumes, which are going up for auction in New York and are expected to fetch $75,000, contain typed meal schedules, handwritten recipes, shopping lists and notes.

They reveal the actress would often enjoy a bowl of hot cereal for breakfast, along with a cup of milk or weak cocoa and two slices of toast, followed by a boiled egg or spaghetti with tomato or butter for lunch, and broiled meats for dinner – concluded by rice pudding for dessert and an eggnog at 11pm. 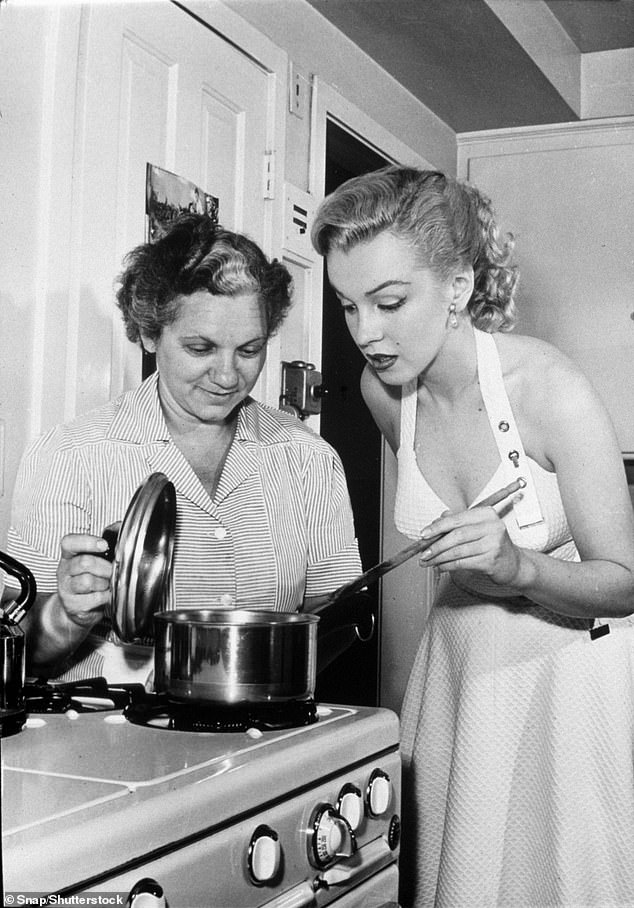 A 1951 edition of The New Fannie Famer Boston Cooking-School Cook Book features jottings in Marilyn’s hand for beef bourguignon, corned beef and cabbage, and marrowbone soup. An accompanying shopping list reveals she would buy up to eight marrowbones and some stock cubes for the latter.

The second cookbook, The Joy of Cooking by Irma Rombauer and Marion Rombauer Becker, is home to newspaper clippings featuring recipes that caught her eye, as well as the typed meal schedule.

It also features a recipe for salad dressing and an image of a Tabasco sauce bottle.

John Zuckerman of Siegel Auction Galleries, which will list the cookbooks for sale on June 22, told The Times: ‘Being so famous and going out for dinner was difficult… The paparazzi weren’t quite as big as they are today but they were certainly following her around… there was no Uber Eats or anything like that.’ 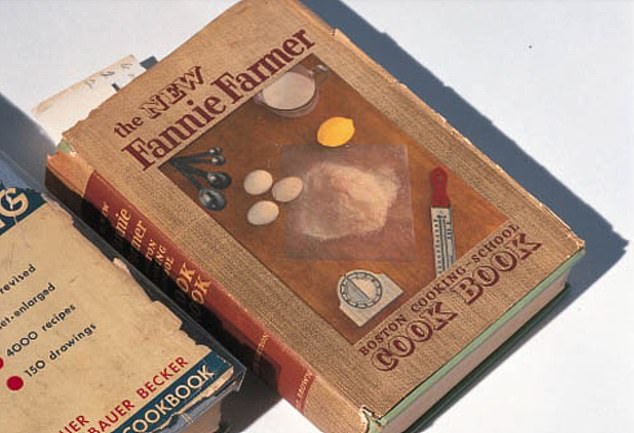 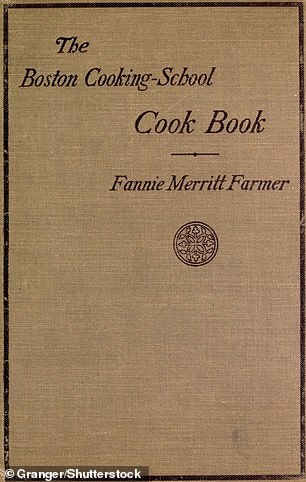 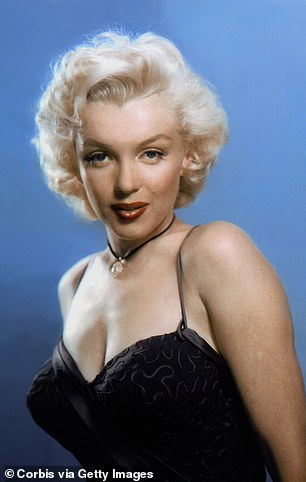 The second cookbook, The Joy of Cooking by Irma Rombauer and Marion Rombauer Becker, is home to newspaper clippings featuring recipes that caught Marilyn’s eye, as well as the typed meal schedule

In September 1952, 10 years before she died aged 36 of a barbiturate overdose, Marilyn opened up about her health regimen in an interview with the now-defunct Pageant Magazine.

Speaking about how she obtained her famous curvy figure, which she ‘never considered so exceptional’, she spoke about her diet which she claimed others had branded ‘absolutely bizarre’.

BREAKFAST: Glass of warm milk with two raw eggs cracked into it, or bowl of warm cereal with two slices of toast, a cup of milk or weak cocoa

LUNCH: Boiled egg, or spaghetti with tomato or butter

For breakfast, Marilyn drank a glass of warm milk with an egg whipped, as well as a multivitamin.

‘Before I take my morning shower, I start warming a cup of milk on the hot plate I keep in my hotel room,’ she explained.

‘When it’s hot, I break two raw eggs into the milk, whip them up with a fork, and drink them while I’m dressing. I supplement this with a multi-vitamin pill.

‘I doubt if any doctor could recommend a more nourishing breakfast for a working girl in a hurry.’

The actress skipped talking about lunch, but said her evening meal was almost always the same – some sort of protein with raw baby carrots.

‘My dinners at home are startlingly simple. Every night I stop at the market and pick up a steak, lamb chops or some liver, which I broil in the oven. I usually eat four or five raw carrots with my meat, and that is all,’ she said.

‘I must be part rabbit, I never get bored with raw carrots,’ adding that she always saved room for dessert.

‘It’s a good thing, I suppose, that I eat simply during the day for, in recent months I have developed the habit of stopping off at Wil Wright’s ice cream parlor for a hot fudge sundae on my way home from my evening drama classes. I’m sure that I couldn’t allow myself this indulgence were it not that my normal diet is composed almost totally of protein foods.’

The cookbooks originally sold at Christie’s in 1999 for $45,000 – two lots of around 600 items of her property that were auctioned. They were reportedly bought by a collector who was a keen cook.